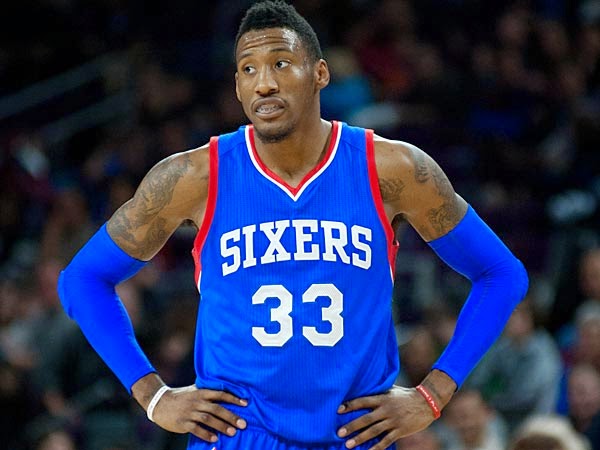 Former Tennessee State star Robert Covington is best known as a scorer but his defense has him among the NBA’s league leaders.

With the margin of making the NBA so slim, only a few players are able to make it. It is even slimmer for those who aren’t drafted. Robert Covington can truly relate to those odds.

After four solid years at Tennesse State, Covington went undrafted in the summer of 2013. He spent the majority of his rookie season playing in the NBA’s developmental league (then known as the D-League). The demotion did not stop him as he lit up the D-League. Out of the 42 games he played for the Rio Grande Valley Vipers, Robert started 4. He shot 44% from the field and averaged 23.2 points per game in the process.

In the summer of 2014, again the odds became tougher for him as he was waived by the Rockets. The light on his career did not dim, though, as he signed a four-year contract with the Philadephia 76ers. He quickly emerged from the bench and became an important player on the up-and-coming franchise.

He asserted himself as a defensive presence and he consistently scored in double figures, earning a four year, $62 Million dollar contract extension. His defensive presence was felt by the league, and he was named to the NBA All-Defensive First Team last season.

Covington’s work ethic and his talent have earned him a place in the league. So far this season, he is tied for first in steals in the entire NBA. Tied with Washington Wizards guard John Wall, he has 22 steals in only 11 games played.

His story goes to show how work ethic and determination can override being overlooked.