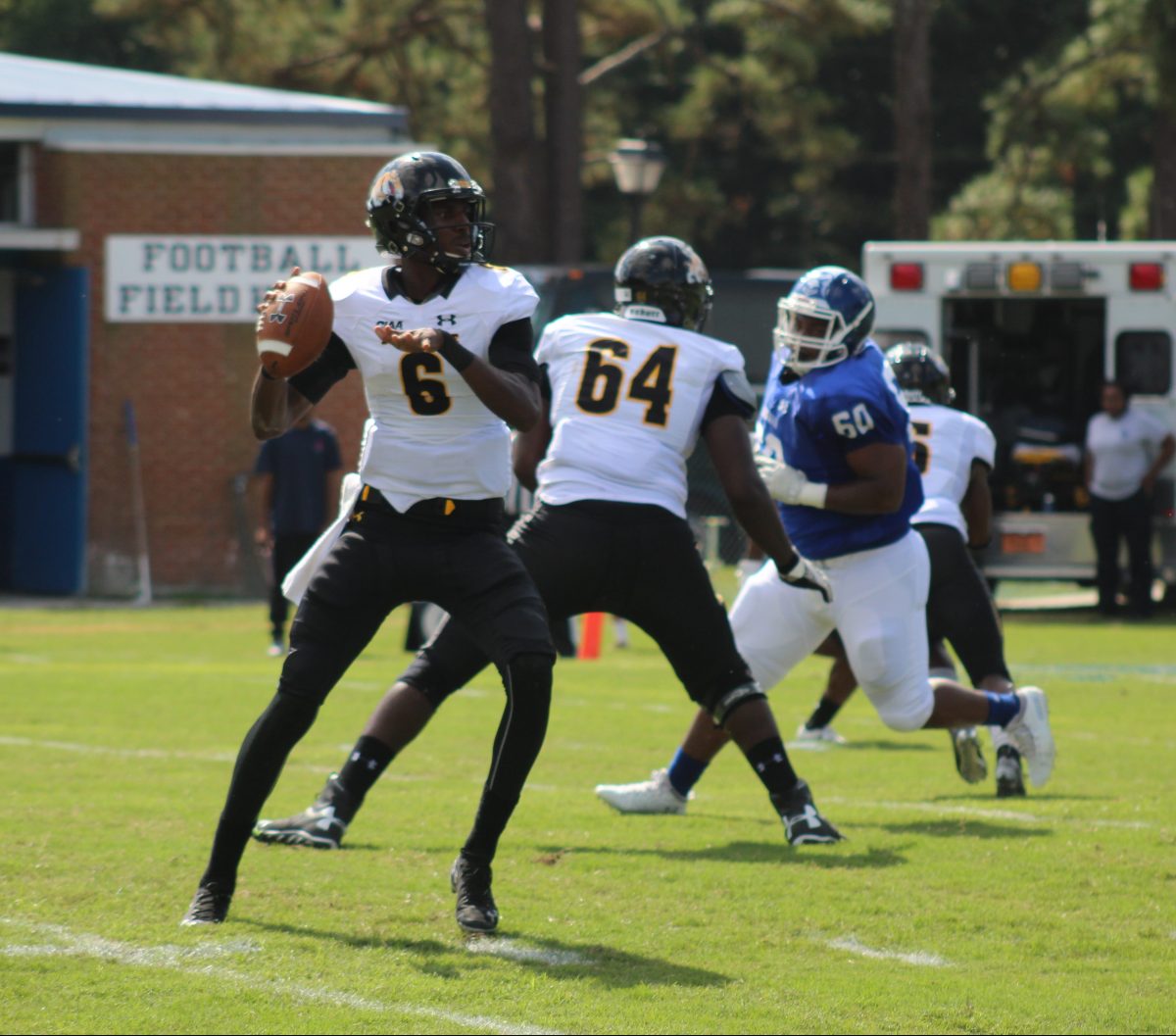 Hall was a finalist for the award last season.

LITTLE ROCK, Ark. – A total of 37 student-athletes from across the nation have been nominated for the 2018 Harlon Hill Trophy as the Division II College Football Player of the Year and Bowie State senior quarterback Amir Hall is one of those nominees. Hall, the CIAA All-Time Career Passing Touchdown Leader (99) and CIAA All-Time Career Passing Yards Leader (10,711 and counting) was a 2017 finalist for the award.

The sports information directors at the 166 NCAA Division II football-playing institutions nominate and vote on the award. The 37 initial candidates will be placed on regional ballots and the top two players from each of the four NCAA regions will advance to the national ballot when regional voting concludes on Monday, November 26.

The winner of the 2018 award will be announced on Friday, December 14 and the winner will be honored at the Little Rock Touchdown Club awards banquet on January 10, 2019.

The Hill Trophy is named for the late Harlon Hill – the former University of North Alabama standout – who excelled with the Lions from 1950-53 before going on to fame in the National Football League with the Chicago Bears.