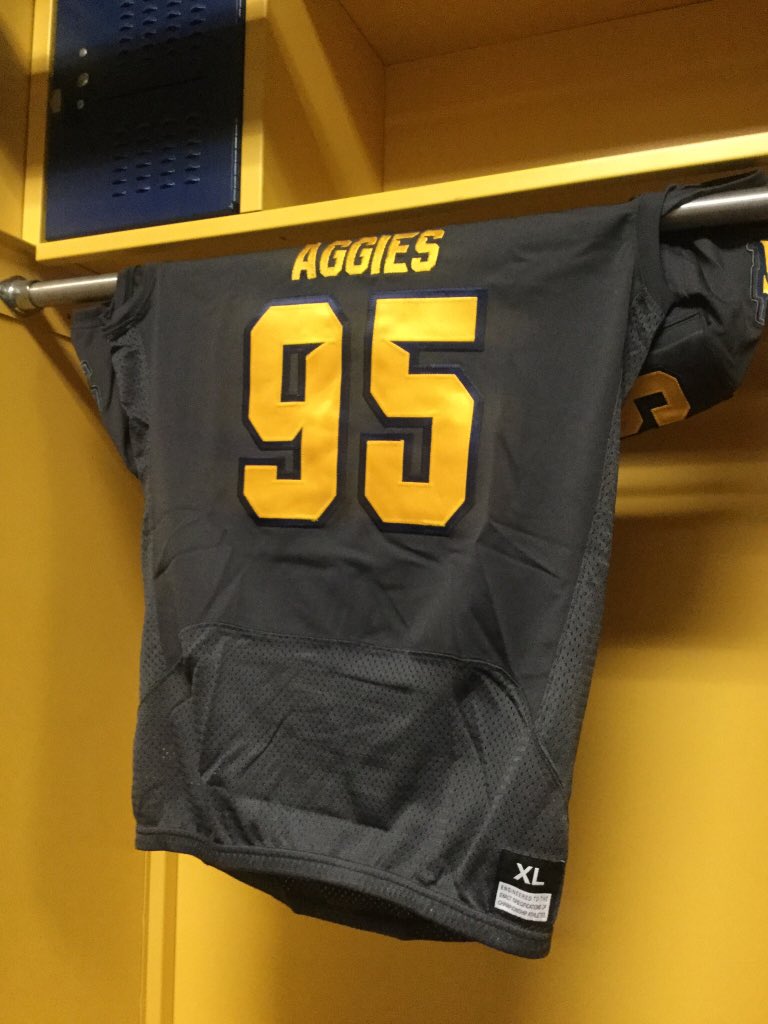 Projected MEAC favorite North Carolina A&T is rolling into the new season with high expectations. With a new coach, a team loaded with players that received HBCU Gameday All-American honors, and even a stadium naming rights deal with BB&T.

Adding more heat to the fire are the new uniform selections that the Aggies added over the weekend.

New Uniforms are here!!! The guys were hype for the new gear. 🏈 #AggiePride #AggiesAllIn pic.twitter.com/kkxU3mfpke

Although the color choice is a surprise, it fits well with the golden hue that the Aggies have in their branding scheme.

Th white jersey is very sharp and simple. The grey on the side of the shoulders is truly the best part of the jersey. Fits well with the grey pants the Aggies also debuted and the gold or white pants.

The Grey jerseys are great as well. It gives a blackout type of feel that most teams do for major home games.

A&T also revealed a new grey helmet. The only con about this is that a white or gold facemask would’ve really improved the look. Overall, this is a great addition to the collection.

Besides a white helmet, NCAT truly had a lot to work with this past season. Adding what they added is adding on to a trend of football programs creating grey uniforms as alternate options.