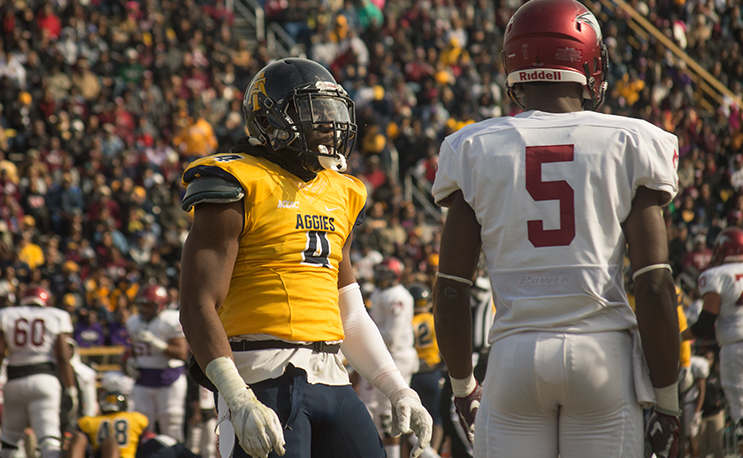 No surprise at the top as A&T is expected to stay on top, but there are a few challengers lurking in the shadows.

NORFOLK, VA– North Carolina A&T is expected to continue its winning ways in 2018 as it was predicted to win the MEAC at the conference’s annual media day on Friday.

That was no big surprise, as A&T returns the bulk of its core that helped it go a perfect 12-0 last season en route to the conference crown, a Celebration Bowl win and claiming the HBCU national title. The team brings back several key players including preseason Offensive Player of The Year Lamar Raynard and several other HBCU Gameday FCS All-Americans.

Trailing A&T in the predictions is Howard, whose football program has received a big boost since bringing in Mike London prior to last season. HU went 7-4 in London’s first season, including a massive upset of UNLV in the season opener to shock not only the MEAC but the college football world.

Check out the full MEAC Predicted Order of Finish here: