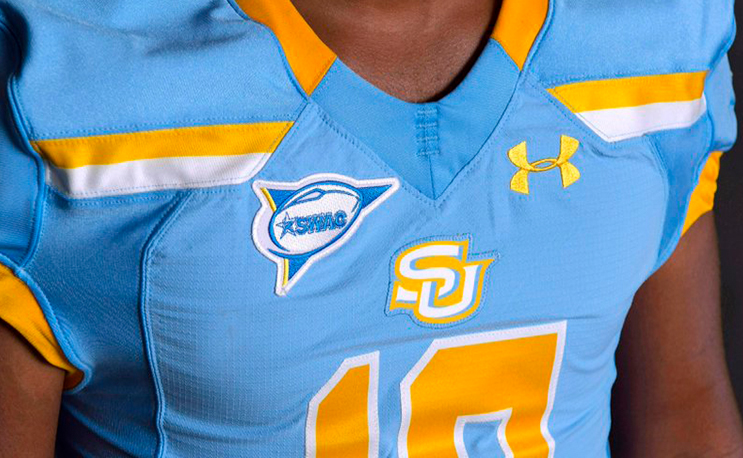 Two more SWAC programs showed off their new uniforms as the season approaches.

The parade of new uniforms for HBCU programs continues as the week comes to a close and the season inches closer. First, there was A&T’s new gray uniform and helmet. Then Grambling pulled out ALL THE COMBINATIONS.

Prairie View A&M pulled out a number of combinations with its new gear from adidas on Friday night. Just like their Lousiana SWAC brethren, the Panthers have uniform combos for days.

While its great to have options, some fans seem to think the purple monochrome jersey will work against PVAMU since there is so little contrast between the jersey color and the number color. That can lead to a penalty, just ask FAMU.

So, Prairie View A&M dropped their new Adidas unis a few hours ago.

This purple home jersey is a mess

– THIS IS AN AUTOMATIC PENALTY FROM THE REFS. Obviously, somebody didn't learn from FAMU's white jersey penalty embarrassment pic.twitter.com/SJ0O6QS1yE

A few hours after PVAMU’s uniform reveal, Southern showed off its new Under Armour uniforms via Twitter.

This is the away jersey which will make it debut against TCU.

And this is the home look which will make its debut against Langston on Sept. 15 during the Pete Richardson Classic.

Both looks are simple but not basic, which is always a good combination.  It’s a solid outing for the school’s first Under Armour offering.

Check out the uniform critiques for A&T, Grambling and more here.