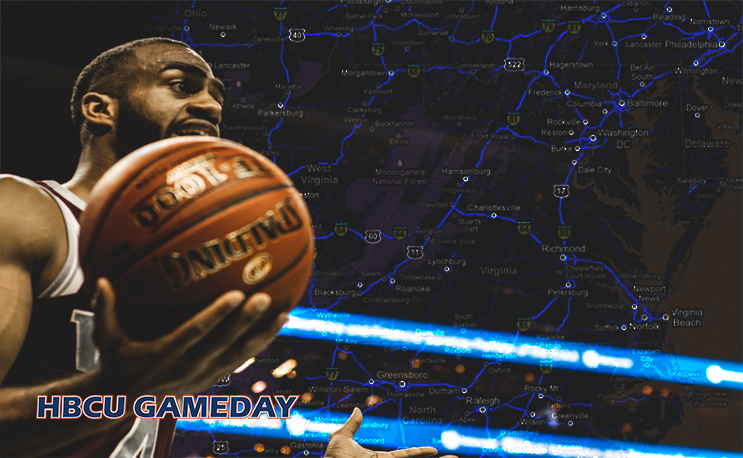 There are pros and cons to every place on the list but these five are the best potential spots.

The CIAA made a big announcement on Monday that it would be opening bids for its basketball tournament as it prepares for its next move. The CIAA has several cities that it should be looking at, but it will also need those cities to look at it and offer compensation competitive with what the conference has been getting in Charlotte.

There have been many cities mentioned as possible landing spots for the CIAA, should it leave Charlotte. Some are just fantasy (cough, cough…Atlanta, Brooklyn) but there are several options. Based on proximity to schools, history and the CIAA’s own criteria, here are five spots that should gather serious consideration if their bids are up to snuff.

North Carolina’s capital was the CIAA Tournament’s most recent home before it bounced to Charlotte in 2006. Shaw and St. Aug call the city home, as do many of the athletes who populate the league. Also a shorter drive for the non-NC schools. PNC Arena is a perfect size.

Cons: The biggest difference between the previous stint and a future one would be that North Carolina Central is no longer in the CIAA, meaning many of its fans would be much less likely to attend a game than before.

Pros: Richmond is also a former host city, having hosted the event five times in the 80s and 90s. The games at the Coliseum were backed to the roof back when there were five schools from the state (Hampton, Norfolk State, St. Pauls, Virginia State, Virginia Union) in the league. Despite three of those schools out of the picture, the area is still home to VSU and VUU, both of which who have won mens and women’s titles in the last several seasons. It’s also closer for Bowie State and Lincoln. There is a proposal gaining ground for a new arena in the area, which would probably put this on top of the list.

Cons: The Richmond Coliseum, however, has seen better days. VSU’s multipurpose center would be better, but playing the tournament in Petersburg would be strictly a basketball move while any nightlife activity would have to be a good drive way in Richmond.

Pros: The region, sort of midway between Charlotte and Raleigh, does have a history of hosting the tournament. The brand new Greensboro Coliseum was its primary home from 1960 to 1975 and Winston-Salem hosted the tournament in the late 90s at the Lawrence Joel Veterans Coliseum. A good WSSU team could fill up the arena, and its not too bad of a ride from the Virginia schools. Both cities are more accessible for driving and hotels are generally cheaper than in Charlotte.

Cons: The region is generally an afterthought to Raleigh and the Triangle, mostly due to nightlife that is generally at a lower profile. The LJVM Coliseum is now owned by Wake Forest so the CIAA would have to convince the ACC school to give up its home court for the last week of its regular season.

Pros: The CIAA Tournament in Baltimore would be pretty much new ground, as Baltimore has only once hosted the tournament and that was back in 1952 at Hurt Gymnasium. BSU is actually closer to Washington, DC but many of its students and alumni hail from or currently live in the city. Royal Farms meets the CIAA’s 8-11,000 seat requirement outlined on Monday, and it also meets the hotel room requirements laid out as well.

Cons: The CIAA Tournament in Baltimore would be totally new ground. It would also require the Carolina schools (seven in NC plus Claflin in SC by then) to agree to ship their teams out of state for as long as they are in the tournament. It might be a better move, but ultimately the chancellors and presidents might not be ready to move that far north.

Pros: Like the previous cities/regions listed, the Tidewater Region has a history with the CIAA. The CIAA was founded in Hampton, and it has played many tournaments in both the Hampton Coliseum (1974-1976) and Norfolk Scope (1979-85, 88-90). Again, this was when the CIAA had five schools in the conference, three of which are not currently in the conference. It also has played host to the MEAC Tournament since 2013, and that tournament has seen solid growth since then.

Cons: The MEAC and Norfolk just re-upped for three more years in VA, meaning it will still be in town when the CIAA’s deal is up. The question is, can both conferences share the same city/region? It has happened before back in the 1970s when both conferences played their tournaments in Greensboro, but that was a long time ago. And both the Hampton Coliseum and Norfolk Scope are aging buildings and both cities have had talks to build new buildings, but nothing has been set in stone. There are currently no schools in the CIAA in the Tidewater Area, but given the fluid nature of college athletics, that could be a different story by 2021.

My vote: Richmond, VA as long as a new arena is ready in time. What was old is new again, after all.