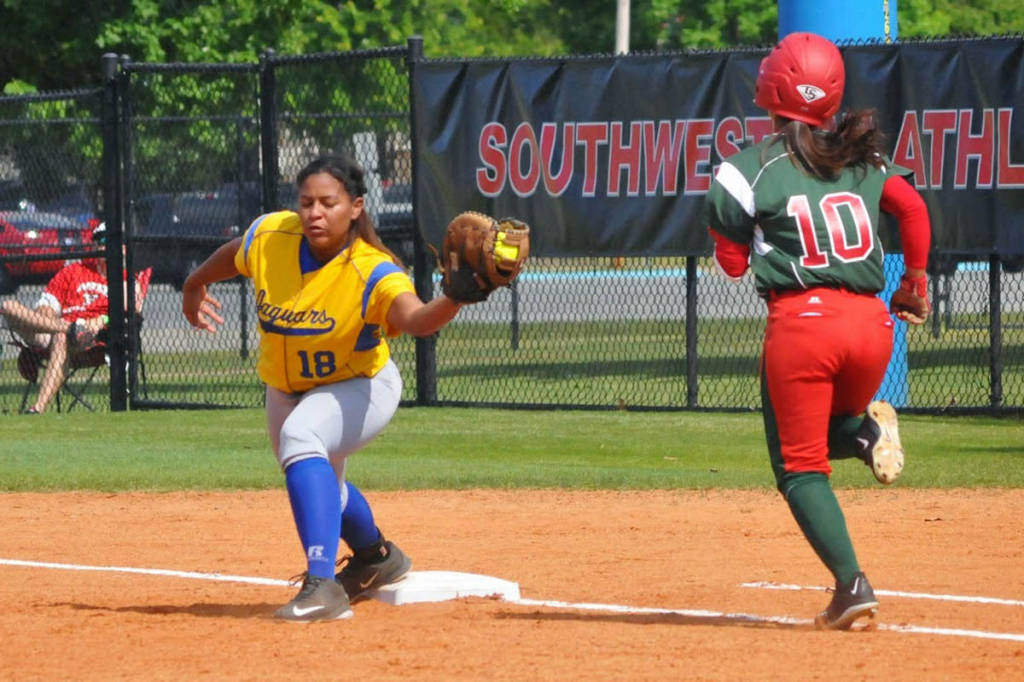 Scores and recaps from Montgomery.

MONTGOMERY, Ala. – A walk-off two-run triple by Kia Lang lifted Alabama A&M to a 5-3 win over Prairie View A&M in the opening game of the 2018 SWAC Softball Tournament.

With the contest tied 3-3, Alabama A&M’s Lauren Walker singled to right and motored to third after a misplay in the field. Two batters later, Lang ripped a Crystal Castillo offering to the warning track to vault the Lady Bulldogs (22-19) to the next round.

Charlene Castro drove in four runs, and Casey Durham scored three runs as Alabama State cruised to a – victory over Arkansas-Pine Bluff, moving on in the winner’s bracket.

Alabama State wasted no time getting its offense going as Hatty Shope doubled and Casey Durham drew a walk. Castro put the Lady Hornets on the board with an RBI single that plated Shope.

2018 SWAC Freshman of the Year Julia Bilbao drove in six runs as Texas Southern cruised past Mississippi Valley State 11-2 in six innings to advance in the winner’s bracket.

After Jazmin Fulmore and the Lady Tigers were able to work out of an early jam, TSU put together some offense by taking advantage of a fielding error in the circle as well as a hit batter. Dominique Tello slapped an RBI single to left field that scored Ebony Wiltz — who reached via error — and an RBI groundout by Julia Bilbao brought in Jocilynn Ellis.

Southern outlasted East no. 1 seed Alcorn State in a wild 9-8 victory, advancing to the winner’s bracket of the 2018 SWAC Softball Tournament.

Down 3-1 in the bottom of the sixth, Alcorn used an eight-run inning to overrun the Jaguars. Taylor Hughes managed to reach via walk, and Robin Harrison ripped a single just out of reach of Southern first baseman Tiara Scott to get two on. Alicia Hill loaded them up after beating second baseman Shauna Knighten to first, and Malea Dickerson cut the deficit in half with an RBI single.

The Lady Braves (14-34) continued to storm ahead as Ashley Arnold hit a go-ahead two-run single to bring home Hill and Harrison and chase James from the circle. Mariah Ortiz extended the advantage with a laser of a single down the left field line that brought two more Lady Braves across home plate, and Ramsey ripped a triple down the right-field line to score pinch-runner Teona Bowles.

The Jaguars would not go quietly, as Sydney Andrews and Kiara Suttles had back-to-back singles, and Jamani Greer belted a two-run triple to get within three. Jazmine Dukes hit a towering round-tripper to left to bring the Jaguars (17-21) within one. After Aubrion James reached via error, Tiara Scott singled her home, and Scarlett Brock handed Southern the lead with a go-ahead RBI single.

Alcorn put together a final chance with one out as Harrison earned a free pass, and Hill beat out a single to third base. The Jaguars recovered to close out the game with consecutive fielder’s choices.