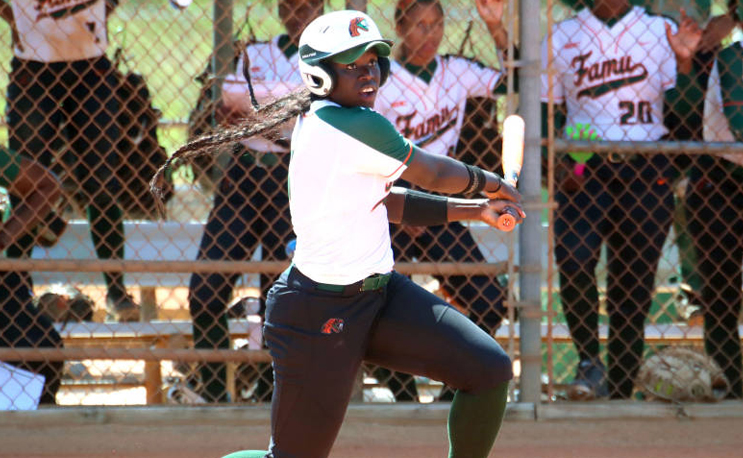 ORMOND BEACH, Fla. – DaSha Hill and Alana VanDenburg had three hits apiece for Hampton, but Savannah State scored seven runs in the last two innings to pull away for a 9-3 win in the 2018 Mid-Eastern Athletic Conference (MEAC) Tournament opener on Wednesday.

With the loss, Hampton (22-27) drops to the elimination bracket where they’ll face Coppin State at noon on Thursday.  A win will put them into another contest at 5pm at the Ormond Beach Sports Complex.

Morgan State University scratched out two early runs and made it stick in holding North Carolina Central University scoreless in a quick 2-0 win in the opening round of the 2018 Mid-Eastern Athletic Conference (MEAC) Softball Championship Tournament at the Ormond Beach Sports Complex Wednesday afternoon.

The Lady Bears, who are the top-seed from the Northern Division, improved to 28-15 overall and will play the winner of the of the No. 2S seeded Florida A&M University versus No. 3N seeded Delaware State University game on Thursday at 3 p.m. The fourth-seeded Lady Eagles (17-25) from the Southern Division will play the loser of that FAMU/DSU game in an elimination game on Thursday at Noon. If NCCU stays alive, it will play a second elimination game Thursday at 5 p.m.

The FAMU Women’s Softball team unleashed a 14-hit attack here Wednesday afternoon to down the Delaware State Hornets, 8-4, in the opening round of the 2018 Mid-Eastern Athletic Conference Softball Championship.

So, what did Head Coach Laura Watten like the most about Iesha Waters‘ pair of clutch hits in Bethune-Cookman’s 4-1 its Mid-Eastern Athletic Conference tournament opening victory over Coppin State Wednesday at Ormond Beach Sports Complex?

“That they were clutch hits,” said Watten now 12-0 in MEAC tournament openers.