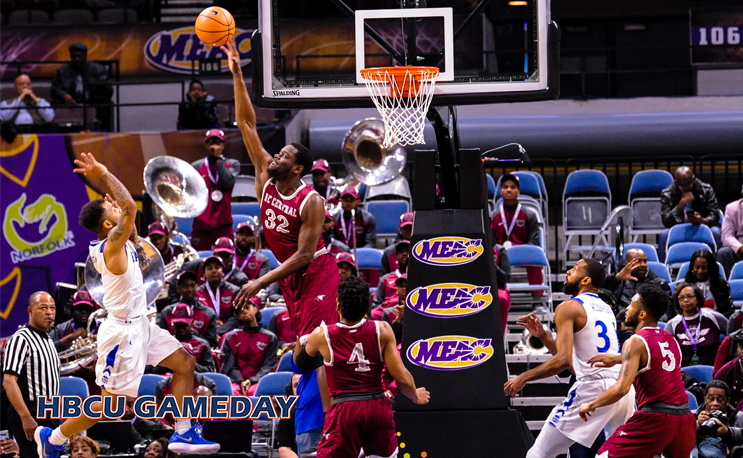 North Carolina Central picked up its third, and most unlikely, title in five seasons by beating Hampton.

NORFOLK, VA– It wasn’t exactly turning water into wine, but North Carolina Central repeating as MEAC champions after losing its entire starting lineup from the previous year has to be up there.

NCCU used a steady, measured attack to slow down Hampton for a 71-63 win to claim its second title in a row. The win makes three titles in five years and gives it the conference automatic NCAA Tournament vote.

“We came in as a sixth seed, and some people had written us off,” NCCU coach LeVelle Moton said after the game. “They didn’t believe in us, and honestly they probably shouldn’t believe in us. But we believed in each other and that’s all that mattered was these guys in the locker room.”

Senior Pablo Rivas, a role player on last year’s time and primarily a reserve this season, led the way with 22 points and five rebounds. He was named the tournament’s Most Outstanding Player.

The Eagles dictated the pace from start to finish, never allowing the high-scoring Pirates to get a rhythm. The Pirates shot 46.3percent from the field but hit just 4 of its 18 attempts from behind the 3-point line. Malique Trent-Street led the way with 15 points, but All-MEAC sophomore Jermaine Marrow was just 3-for-14 from the field.

Hampton came into the tournament with a target on its back not only as the top seed, but also due to the fact that the program is leaving the conference after the season. NCCU, meanwhile, played without pressure. Its head coach made sure of that.

Pressure is seeing your mother three-and-a-half months behind on the rent and she don’t know…that’s pressure. This is basketball. So put the pressure on me. It goes on my record, I’m the only one that gets fired. You just go out there and shoot open shots and do what you’ve done all your life.”

His team found a way to do it and now it will look to win an NCAA Division I Tournament game for the first time in school history.