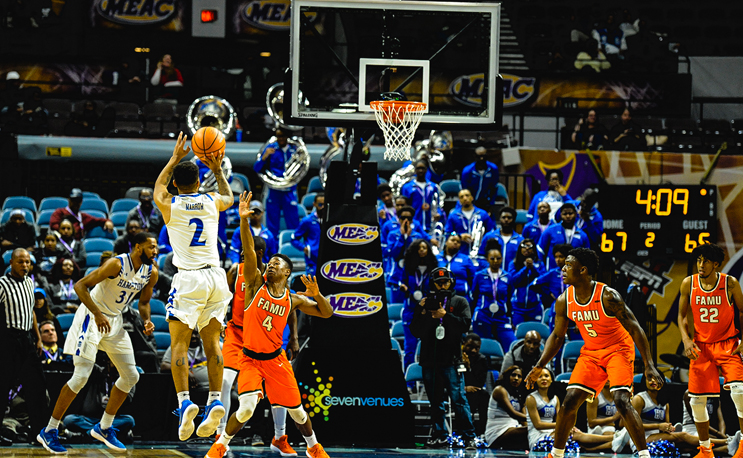 Hampton basketball is expected to be near the top of the Big South Conference.

CHARLOTTE, N.C. — The 2018-19 Big South Conference Preseason Polls and All-Conference teams were announced on Tuesday at Media Day and the men’s basketball team was selected third in the poll and junior Jermaine Marrow was selected to the first team.

After a season where he averaged 19.1 points, 5.4 assists and 5.0 rebounds, Marrow nearly recorded a triple-double against Bethune-Cookman with 35 points, 10 rebounds and nine assists. He had a career-high 11 assists against Mid-Atlantic Christian.

HU will also bring back contributors such as Akeem Mitchell, Kaylin Fisher and Lysander Bracey in addition to Marrow. It’s a solid core that should cause some noise in the Big South as it was starting to in the MEAC.