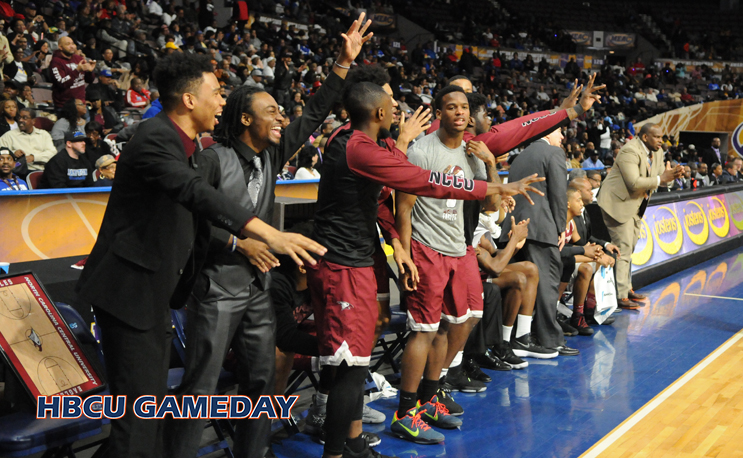 The women’s basketball program at North Carolina Central isn’t the only one that has some holes to fill.

NCCU will lose four veteran members of its MEAC championship team from this spring as they have decided to transfer out of the program. C.J. Wiggins, Alex Mills, Alston Jones and Brandon Goldsmith are all on their way out.

“At this time, Alex, C.J., Alston and Brandon concluded that it was in their best interest to play their senior year elsewhere,” Moton said via the News and Observer. “It was indeed an honor to coach these outstanding young men. Their character, unselfishness and personalities will be truly missed. These young men will leave as champions and are all on track to receive their degree. They’ve made me a better coach and I wish them nothing but success at their new institutions. NCCU Basketball is better because they were a part of it.”

The most experienced member of the quartet is Wiggins, a junior guard from Richmond. A role player on the 2017 MEAC championship team, he saw his role diminish last season and did not see playing time in NCCU’s win over Hampton in the title game last month.

NCCU went 19-16, winning its third MEAC title in five seasons despite losing all five starters from the previous season’s team. It will lose MEAC Tournament Most Outstanding Player Pablo Rivas next year, but sophomore guards Reggie Gardner and Jordan Perkins plus big man Raseean Davis will be back along with former Boston College guard Ty Graves, who sat out this season.