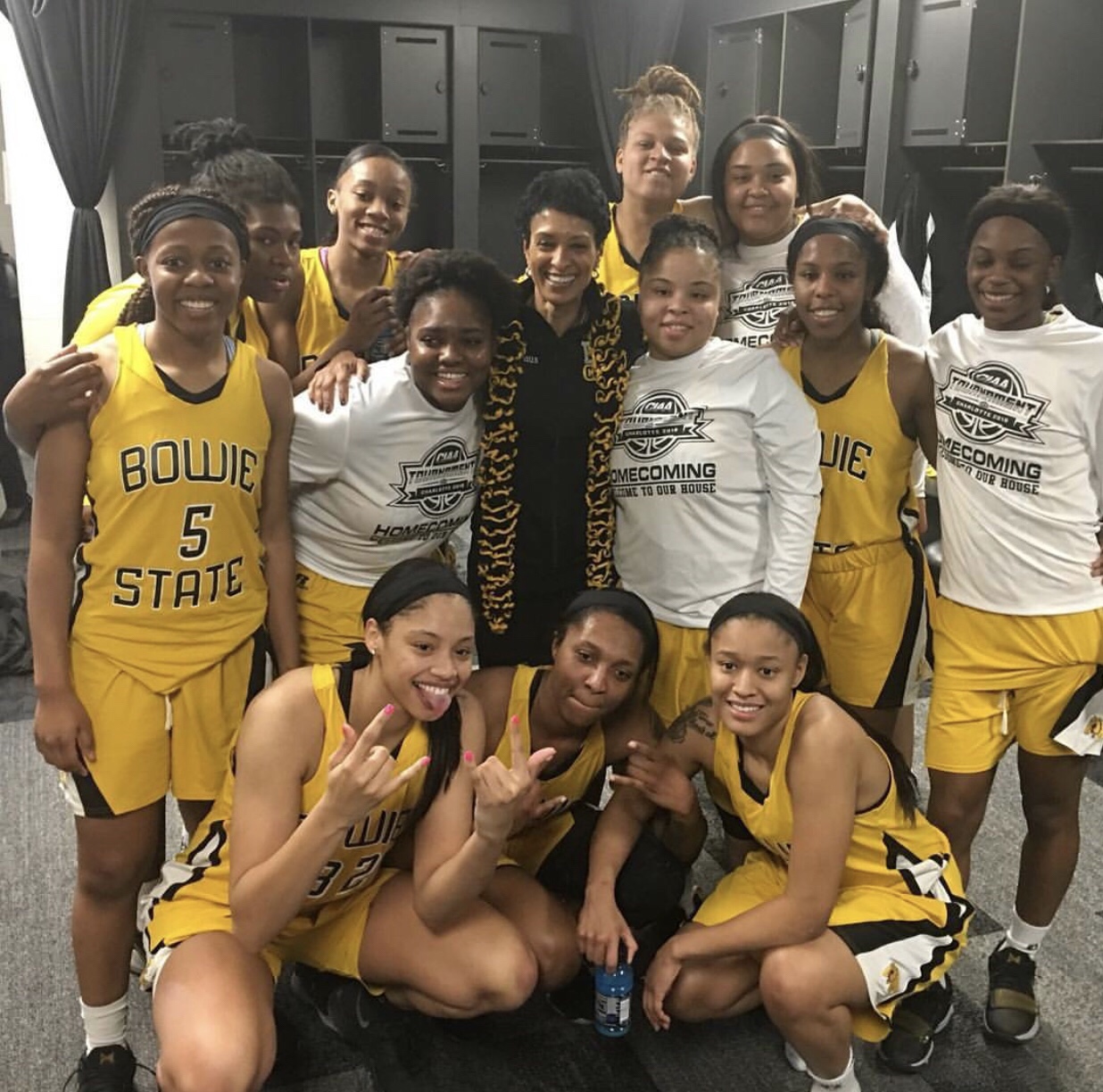 Virginia Union and Virginia State are defeated in the first round, leaving Bowie State as the remaining CIAA team.

For Bowie, visiting the number one seed’s home court as the eighth seed following a fresh wound from a CIAA Championship loss was not an ideal situation. Additionally, BSU fell to VUU twice in the regular season. The Lady Bulldogs turned this into fuel to make their fourth meeting a successful one.
Virginia Union maintained control over the game early, leading at the end of the first quarter 11-8. After that, however, BSU outscored VUU in the remaining quarters. With 6:48 remaining in the third quarter, Bowie State took the lead at 32-31 and did not let it go for the remainder of regulation. Virginia Union stayed within a single point deficit with the largest trail being seven points but was deflated by 3-pointer attempts. The Lady Panthers finished at 4-21, a distressing 19 percent, from behind the arc. In comparison, Bowie shot much less and more efficiently from three, finishing 4-8, or 50 percent.
Kyah Proctor for Bowie finished with 22 points and four rebounds.

Fifth seed Virginia State met fourth seed Edinboro University for another shot at postseason tournament action following a loss to Bowie in the CIAA tournament semifinals. Virginia State had not met Edinboro since December 2014, where VSU lost 72-64.
Edinboro came out striking, closing out the first quarter with a 22-8 lead. Virginia State rallied in the second quarter and outscored Edinboro, but the deficit was still in double figures going into the half at 39-27. The song remained the same for the remainder of regulation following halftime, as Edinboro kept its double-digit lead over Virginia State. The early and hefty point deficit lingered for the entirety of the game, making it nearly impossible for VSU to win the game of catch-up. Alongside the large point deficit troubles, the Lady Trojans finished shooting 8-17, or just over 47 percent, from the free throw line.
Mia Fitts for Virginia State finished with 14 points and 3 steals.

Bowie will advance to the second round of the Atlantic Regional Tournament, where they are slated to play Edinboro on Saturday, March 10 at 7:30 PM. Bowie State and Edinboro have not met since November 2008, where Bowie State was defeated 81-79.