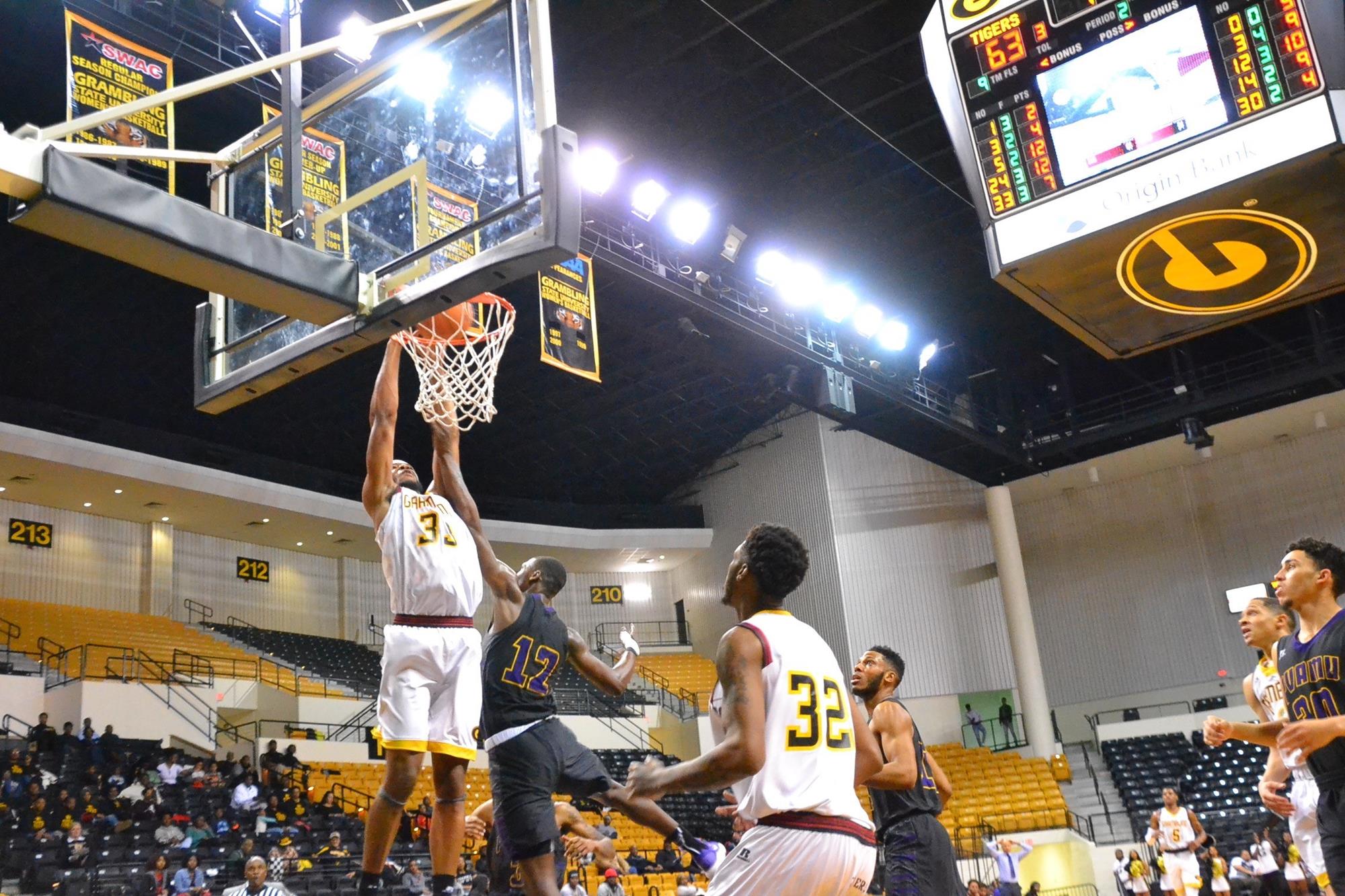 Ivy Smith Jr., the SWAC Men’s Basketball Player of the Week, paced Grambling State (15-12 overall, 11-3 SWAC) with 17 points, three rebounds, two assists and one steal. Axel Mpoyo registered 11 points, three rebounds and one block, while Drake Wilks added eight of his 11 points in the first half as he also finished with four rebounds. Shirmane Thomas chipped in 10 points, eight boards, four assists and one steal.

Grambling State led by as many as 10 points at the end of the first half, but Jackson State was able to close the gap to one point with 8:23 remaining. JSU never got any closer in the final eight minutes as Grambling State swept the season series.