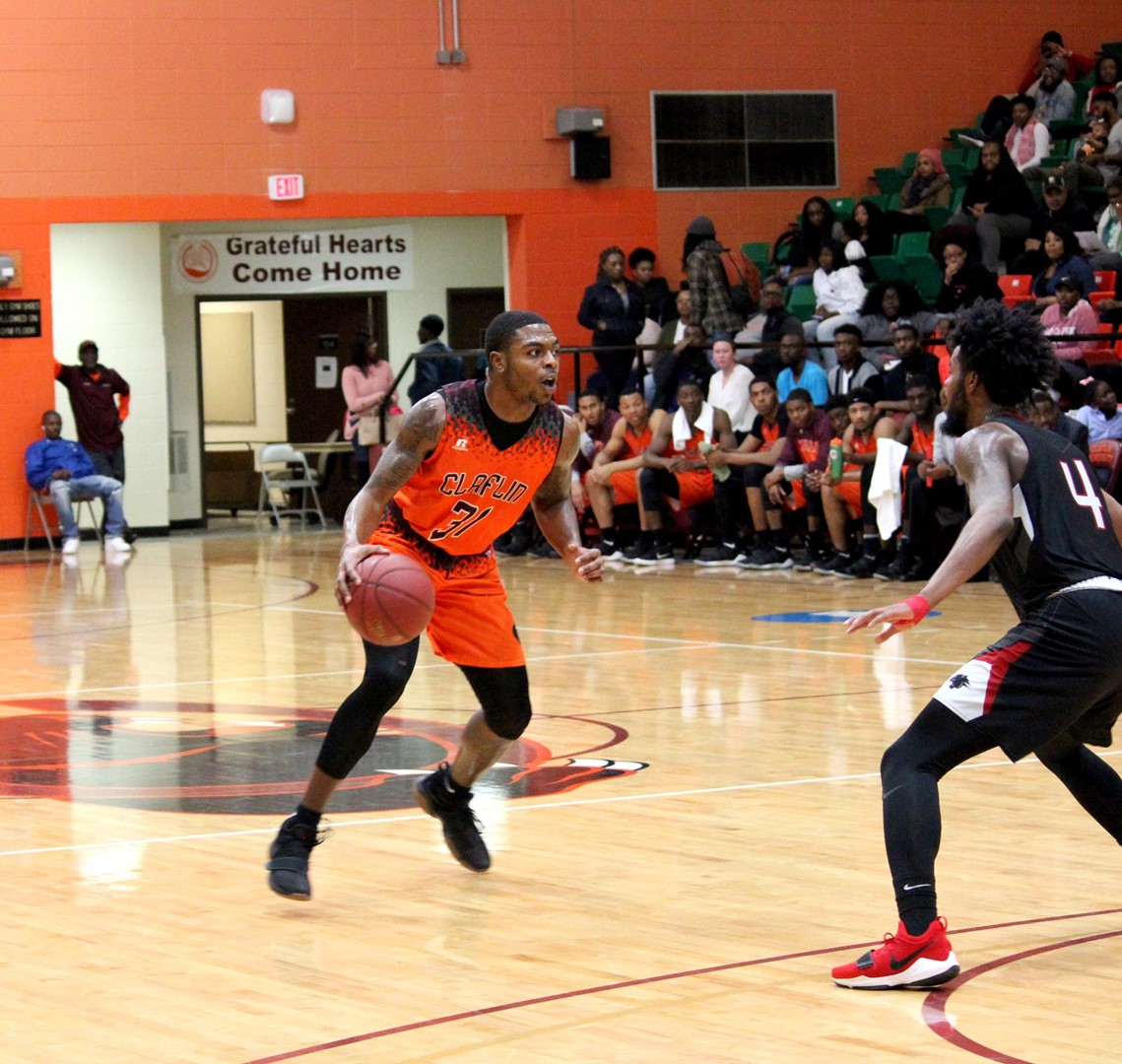 ORANGEBURG, S.C. – The Benedict College men’s basketball team made just three 3-pointers and Claflin used a 10-0 run early in the second half to take a 74-65 victory in a SIAC men’s basketball game on Saturday afternoon.

The Tigers jumped out to an early lead, taking a 12-3 lead after the first seven minutes of action. Benedict had as much as an 11-point lead, 23-12 with 6:46 on the clock, before the Panthers rallied and tied the game at 27 at the half.

Benedict opened the second half with a 3-pointer by Cairo Brown and a layup by Yasim Hooker for a 32-27 lead, but the Panthers scored the next 10 points and never trailed again.  Claflin built a 67-55 lead with 5:42 left to play after a three-point play by Brandon Davis.

Timothy Christian had a double-double with 13 points and 10 rebounds to lead the Panthers.

Benedict will play an exhibition game against Concordia College of Alabama on Wednesday in preparation for the SIAC Basketball Tournament, which begins Feb. 26 at the Bill Harris Arena in Birmingham, Ala. The Tigers will likely be the fourth seed in the SIAC East and take on the fifth seed from the SIAC West in a first-round game at 5:30 p.m. on Feb. 26. The SIAC will announce official tournament seedings next week.

The entire tournament will be streamed live on HBCUGameday.com and on our Youtube and Amazon Fire channels.