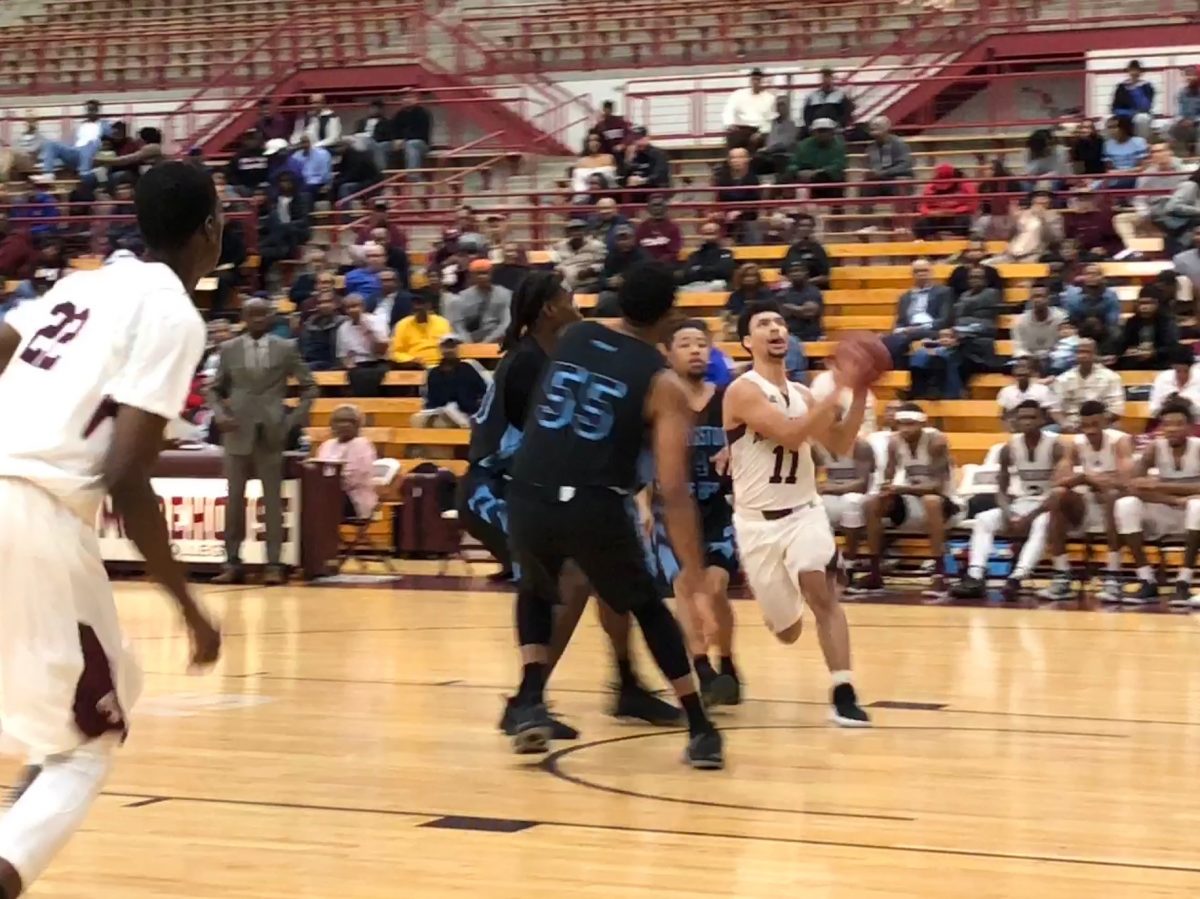 SIAC claims another win over CIAA.

ATLANTA–It took Morehouse (21-1) about 15 minutes to adjust to life without the injured Martravious Little.  The emergence of Tony Evans and the continued ascent of James Walker kicked in soon enough for the Maroon Tigers to blow by Livingstone 77-53 in Atlanta on Tuesday.

At the 8:35 mark of the first half Livingstone (8-12) was leading 15-13 after a step-back three-pointer from Rashard Todd.  By the time halftime rolled around the tables had turned, however,  in favor of Morehouse who led 30-20 at the break.

Going into the locker room a kid named Walker was leading the Morehouse surge. Not Tryius though, it was James Walker.  He had 11 points in 12 minutes off the bench to lead all scorers.

The best offense Morehouse had in the second half was its defense. The Tigers turned Livingstone over 19 times in the ball game, in part somewhat to a suffocating full-court press.  Morehouse scored 24 points off turnovers compared to just seven for Livingstone.

Two minutes into the second half Morehouse went on a 16-3 run to turn a seven-point lead into an unsurmountable twenty point cushion.  During that four-minute run, Morehouse stole the ball from Livingstone five times.

Tyrius Walker, the leading scorer in the SIAC finished with just 12 points on Tuesday night.  James Walker led all scorers with 17 points.  Roger Ray was the only Livingstone player to reach double-digits scoring 11 points.

Morehouse is back at home on Saturday afternoon for a 3 pm game against Albany State.  Livingstone will host Johnson C. Smith on Saturday at 4 pm in New Trent Gymnasium.