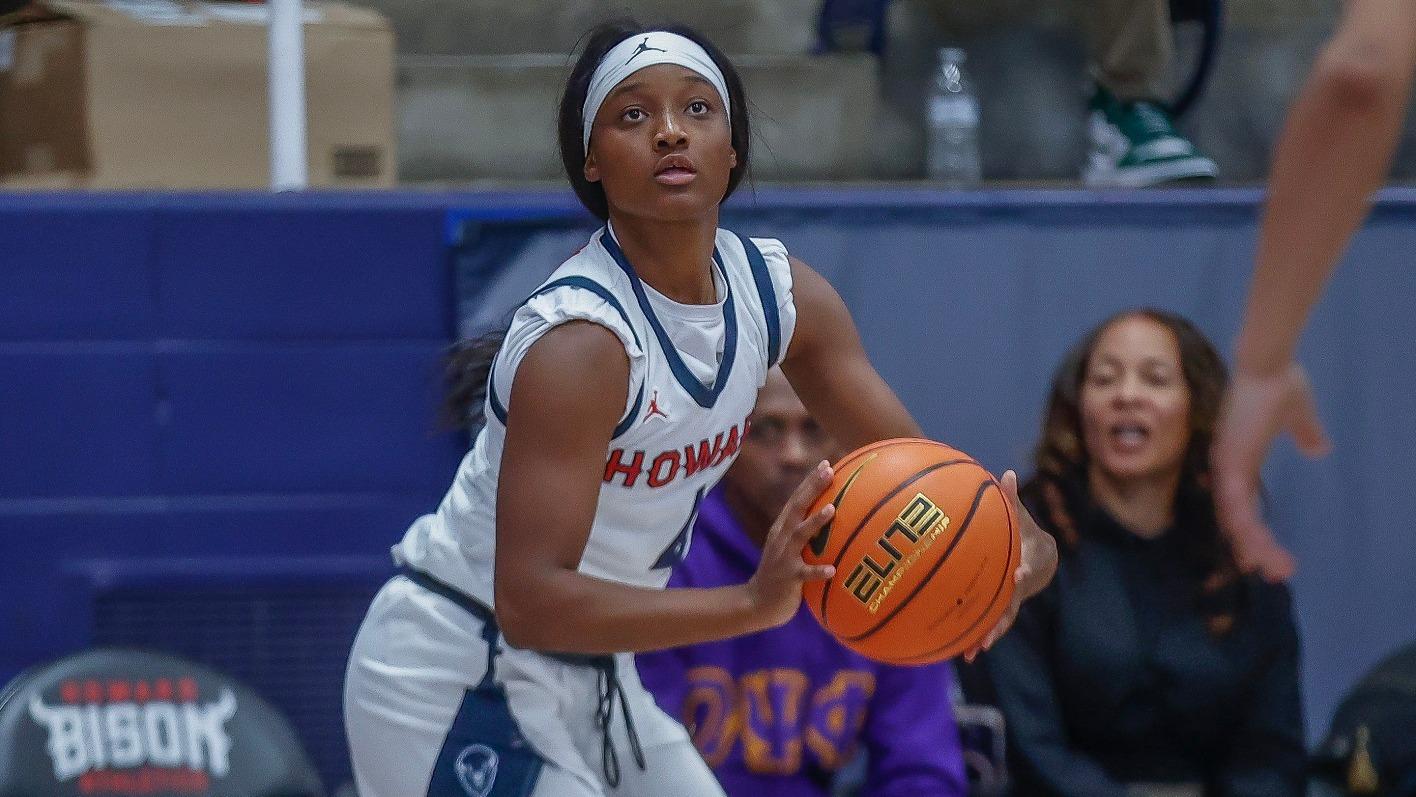 Howard gave Coppin State their third consecutive loss in a 62-58 contest at Burr Gymnasium on Monday evening. They went into halftime with a 24-16 lead and were able to hold off the Eagles for the final 20 minutes.

Destiny Howell led the way for Howard, putting up 20 points to go along with seven boards. As a team, the Lady Bison shot 39% from the field, 22% from behind the arc, and 82% from the free throw line. They secured the win despite only scoring 0.87 points per possession on 46% true shooting.

Coppin State was led by Jewel Watkins, who recorded 20 points and 11 boards. As a team, the Lady Eagles struggled to get things going offensively, scoring just 0.79 points per possession on 25% shooting from the field. They were heavily challenged near the hoop, going just 8-of-29 on field goal attempts in the paint.

Both sides have some time off before facing their next opponents, which won’t be until January 28. Howard gets a chance to end North Carolina Central’s winning streak, while Coppin State meets UMES in a conference showdown. The Lady Bisons will look to earn another win on their home court. On the other side, the Lady Eagles will hit the road once again.