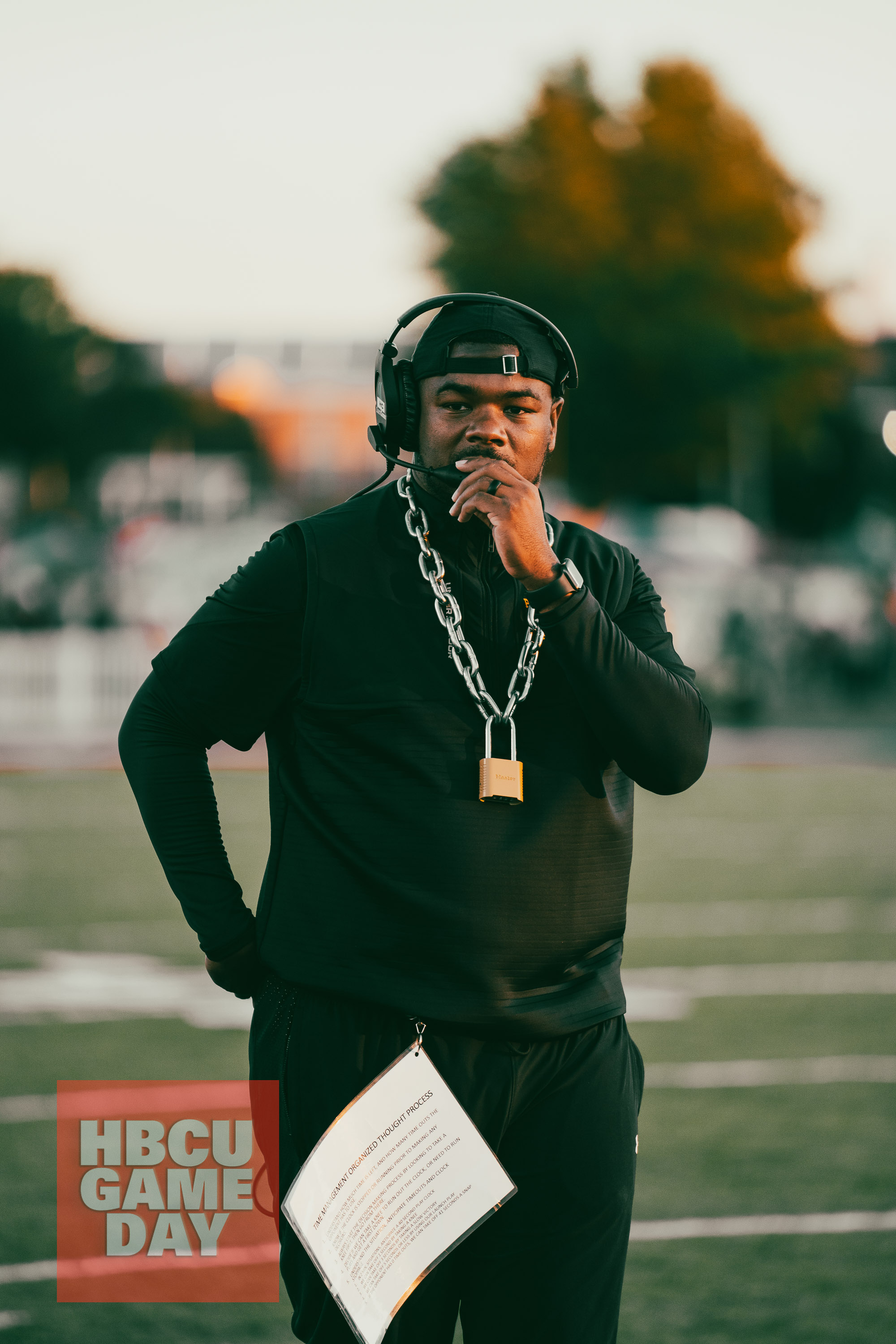 Jackson described being the interim coach as a learning experience.

BOWIE, MD – Bowie State University has removed the interim tag from Kyle Jackson‘s title, naming him the 10th head coach in program history of the Bulldogs since football was reinstated in 1972 as announced by the Vice President of Intercollegiate Athletics and Recreation Clyde Doughty, Jr. on Monday, Jan. 23.

“It is with great Bulldog pride that we begin the next chapter in BSU football with the hiring of Kyle Lamont Jackson as our next head football coach,” said Doughty, Jr. “During his year as interim, Kyle proved without a shadow of a doubt that he is very capable of commanding the respect of his student-athletes, coaches and opponents while putting our football program in a position to be successful academically and athletically.”

The decision follows Jackson serving in the role as interim in the 2022 season, where he led the team to a 6-4 record and eight players earned Central Intercollegiate Athletic Association (CIAA) All-Conference honors, with Joshua Pryor being named the 2021 CIAA Defensive Player of the Year and five First Team All-CIAA selections. Additionally, Pryor and Jordan Griffin were both selected First Team and Second Team All-Super Region Two honorees. Jackson also had five Bulldogs selected to participate in the second Annual Black College Football HBCU Legacy Bowl in New Orleans.

“It’s a blessing just to be in the same category with some of the guys who had the opportunity to lead this program,” said Jackson. “I’m a homegrown guy. Bowie State is everything to me. It gave me the opportunity to earn my degree and finish playing the sport that I love. It’s a blessing being named the head coach here at Bowie State University.”

Jackson described being the interim coach as a learning experience as he navigated the new challenges that came with assuming head coaching responsibilities. But Jackson feels the experience has helped him grow and is grateful for what he went through before being promoted to full-time head coach.

“The experience was like no other,” said Jackson. “I learned a lot from an administrative standpoint. I also learned a lot about myself, my players and my coaching staff. There was change going on, so that’s something we had to learn to embrace. It was a great experience, and I wouldn’t change anything about it.”

Prior to being named as the defensive coordinator, Jackson served as linebackers and recruiting coordinator during his second stint with the Bulldogs in 2017. Jackson played an integral role in the Bulldogs advancing to the NCAA Division II playoffs in 2017, 2018, 2019, and 2021. He helped lead defensive units that ranked in the top 10 nationally in several categories in 2019 and 2021, with strong defensive showings in 2017 and 2018.

A Baltimore native, Kyle Jackson was a four-year starter at linebacker for former head coach Damon Wilson and the Bulldogs from 2007 – 2010 while also serving as a team captain for the 2009 and 2010 seasons. After graduating from Bowie State with a degree in sports management, Jackson worked as a defensive graduate assistant at Emporia State and as assistant to the director of football operations at Georgia State. During his first stint with Bowie State football, Jackson served as the linebackers and tight ends coach from 2011-2013.
“Coach Jackson is a BSU alum and tutored under Coach Damon Wilson when he began his career on the sideline.  That tutelage has provided him with the necessary foundation to be successful,” said Doughty, Jr. “I look forward to working with Coach Jackson as he continues to develop as a head coach by recruiting academically minded student-athletes who are focused on success.”

Jackson becomes just the third Bowie State alum to lead the program behind Dr. Henry Frazier, III (93′) and Damon Wilson (00′). Jackson will lead his alma mater that has continuously garnered a national reputation.