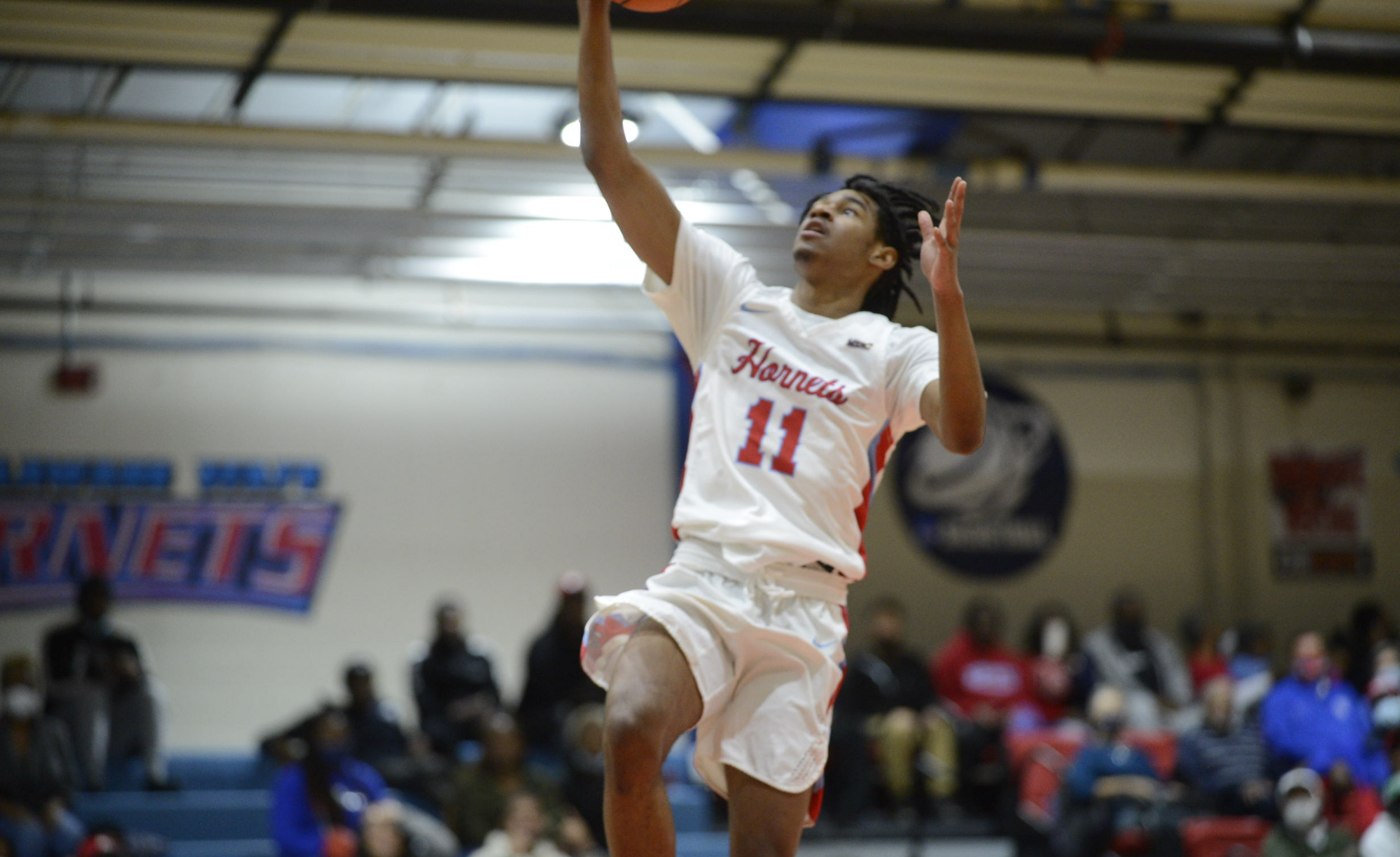 The Hornets went into halftime trailing South Carolina State, but forced overtime and took the win.

Delaware State broke its streak of 16 consecutive losses, defeating South Carolina State by a score of 88-85 in overtime on Monday night at Smith-Hammond-Middleton Memorial Center.

Delaware State went into halftime trailing South Carolina State 39-26 but outscored SC State in the second half to tie things up at the end of regulation. Momentum was on its side, as the team continued to outscore the Bulldogs 17-14 in overtime.

Khyrie Staten scored 19 points to lead the way for Del State. Martaz Robinson was pivotal as well, shooting 4-of-7 in the second half for 15 points to power the Hornets forward after the break.

Delaware State clearly refocused coming out of the break in this one. After accumulating 11 turnovers and often looking sloppy in the first half, the Hornets put an increased emphasis on taking care of the ball and turned it around with just three second-half turnovers.

The Bulldogs played well offensively in this one. They averaged 1.09 points per possession on 47% shooting from field. Rakeim Gary led the way, putting up 18 points and six assists against Delaware State. While shooting the ball wasn’t an issue, holding onto it often was. South Carolina State racked up 21 turnovers (23% of possessions).

Both teams face their next test on Jan. 28. Delaware State takes on Morgan State in a conference clash, while South Carolina State squares off with Norfolk State. The Hornets will look to keep their momentum rolling and earn another win. On the other side, the Bulldogs will try to turn things around.