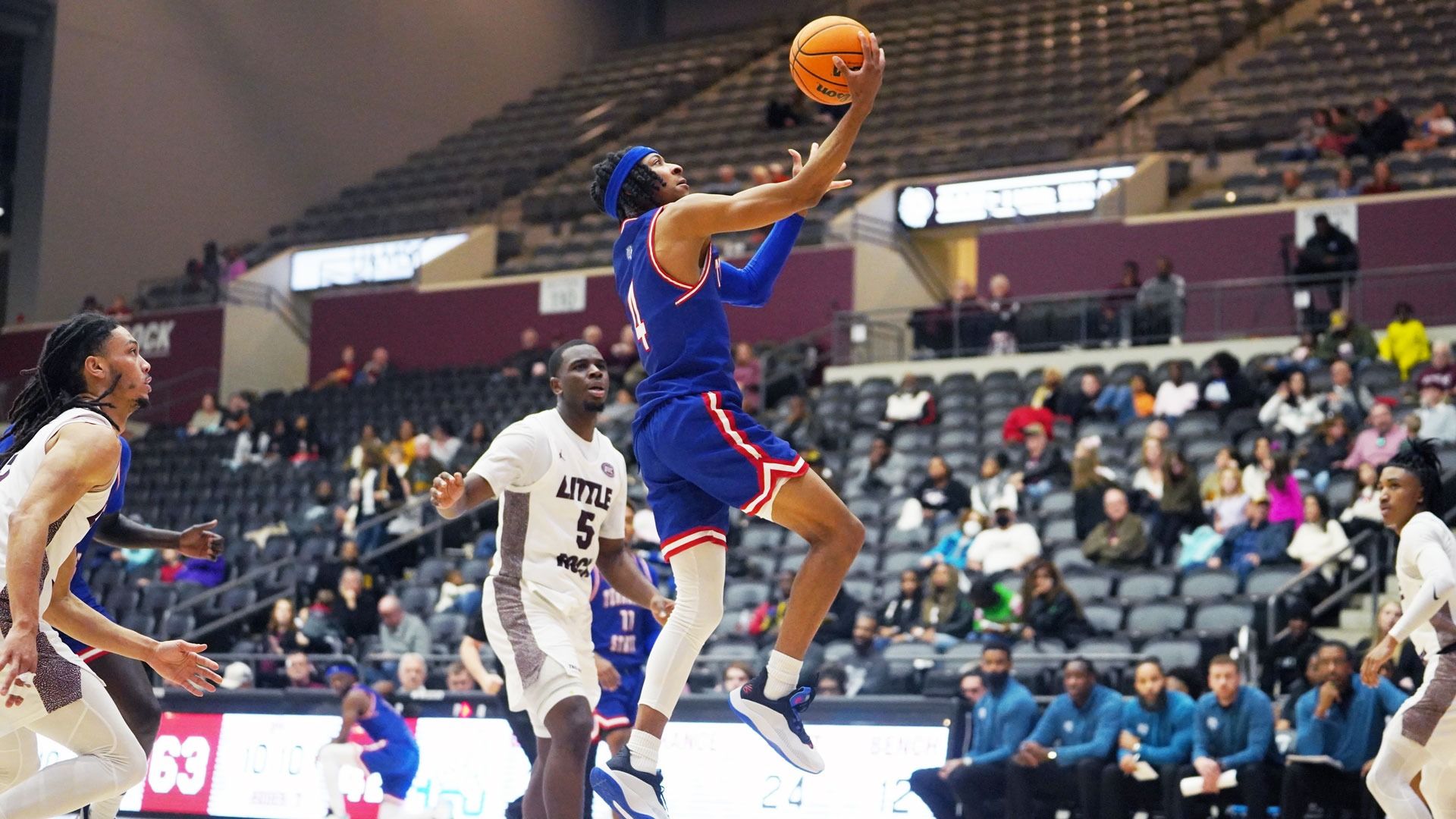 Little Rock broke their streak of six consecutive losses, defeating Tennessee State in an 89-77 contest on Saturday afternoon at Jack Stephens Center. The Trojans got off to a good start, going into halftime with a 39-29 lead. They then continued to outscore the Tigers 50-48 in the second half to come away with the victory.

CJ White led the way for Little Rock, recording 21 points, seven rebounds, and five assists. As a whole, the Trojans were impressive on the offensive side of the ball, racking up 1.19 points per possession on 56% shooting from the field. Free throws were another positive component of their afternoon. They drew 29 fouls on the defense, which led to 28 points on 76% shooting from the charity stripe.

Jr. Clay led the charge for TSU, accumulating 33 points and six assists. The Tigers shot 28-of-68 from the field and 7-of-28 from behind the arc. That contributed to their average of 1.03 points per possession and 51% true shooting, which wasn’t enough to secure the win.

Both sides have some time off before facing their next opponents, which won’t be until Jan. 27. Little Rock gets Morehead St. fresh off recent win of its own, while Tennessee State hits the road to meet Southeast Mo. St. The Trojans will look to keep their momentum rolling and earn another win. On the other side, the Tigers will get a shot to recover from this loss.