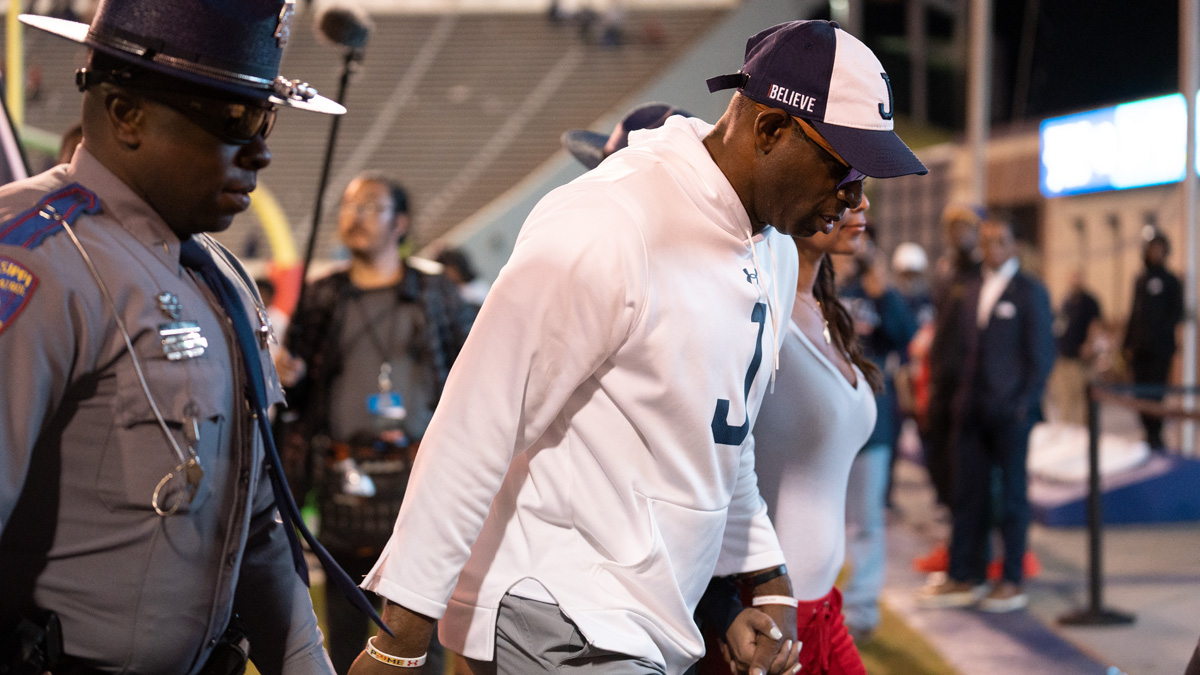 Deion Sanders to Ed Reed: Sometimes you gotta walk away

Deion Sanders had words of consolation for Ed Reed after he announced that he would not be getting the Bethune-Cookman job.

Deion Sanders has been one of the biggest proponents of Ed Reed getting into coaching. So it comes as no surprise that the former Jackson State head coach and current Colorado head coach showed up on Instagram Live as Ed Reed announced he would not be getting the Bethune-Cookman job after all.

Deion Sanders and Ed Reed played together with the Baltimore Ravens late in Sanders’ career and the two have apparently been close since then.

“You got to understand, Ed, God has a place and a time for you my brother. I know your heart. I know everything that’s going on inside of you,” Sanders continued. “You know I know you like a book. And I know how you feel about them kids and I know you do not want to leave those kids. I’m praying for you right now man because this is going to be the toughest thing you’ve ever had to deal with.”

Sanders was the head coach at Jackson State from December 2020 through December 2022. He led the program to back-to-back SWAC titles, two Celebration Bowls and enjoyed great recruiting success before being hired as Colorado’s head coach.

You know what God wants from you — be that. Don’t let them provoke you my brother.”

Bethune-Cookman has yet to issue a statement on Ed Reed.

Deion Sanders to Ed Reed: Sometimes you gotta walk away