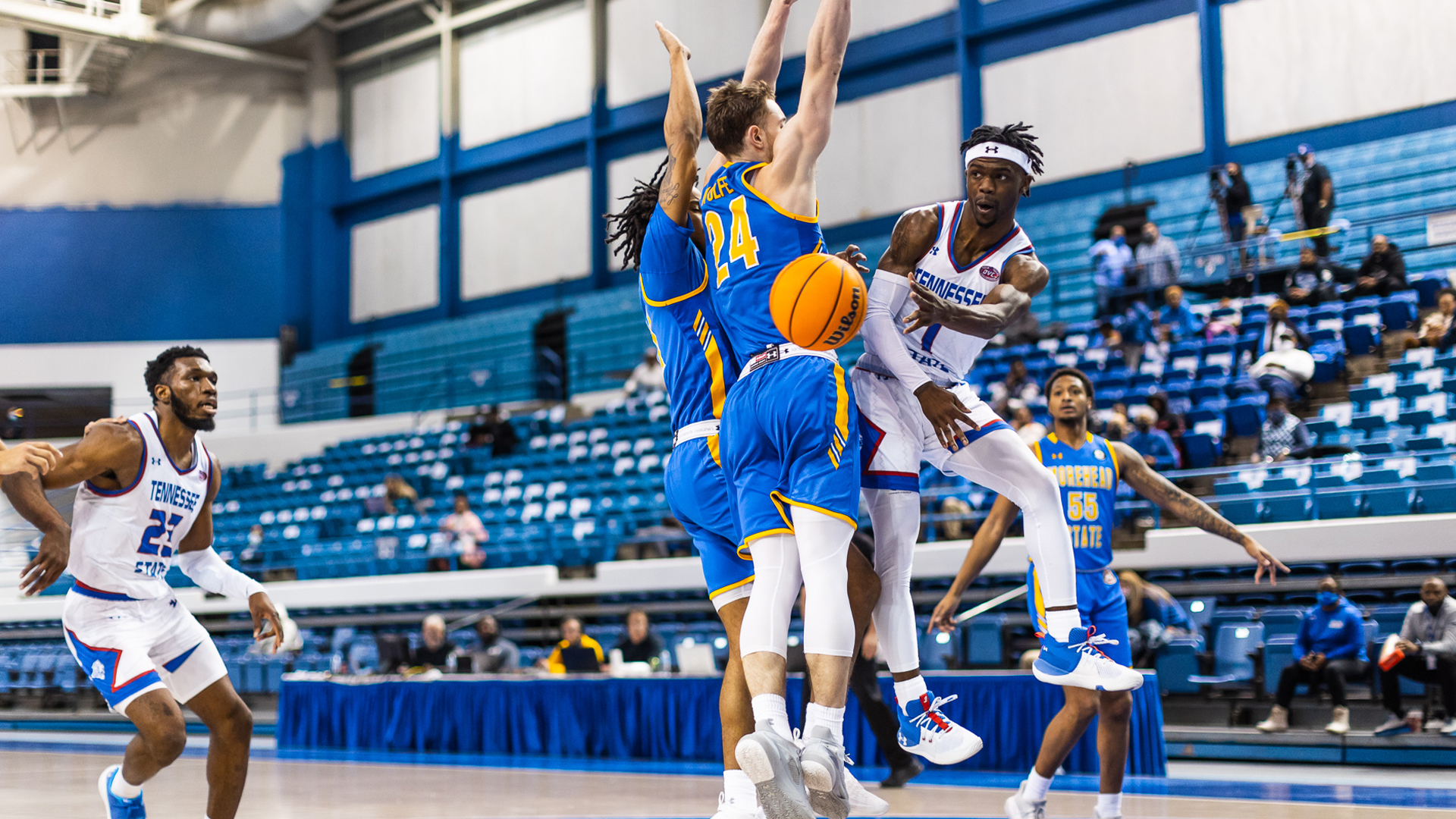 Tennessee State broke its streak of two consecutive losses, defeating Eastern Ill. in a 78-74 contest on Thursday night at Gentry Center Complex. The Tigers went into halftime with a 20-point lead. Despite being outscored 54-38 in the second half, they were able to fend off the Panthers and hold on for the win.

Marcus Fitzgerald Jr. scored 26 points to lead the way for Tennessee State. It wasn’t just Fitzgerald Jr. though, the Tigers’ offense was humming on all cylinders, pouring in 1.14 points per possession on 46% shooting from the field. Free throws were another positive component of their night. They drew 24 fouls on the defense, which led to 24 points on 86% shooting from the charity stripe.

The Panthers’ offensive efficiency was impressive despite the result. They averaged 1.1 points per possession on 52% true shooting. Kinyon Hodges led the way, putting up 22 points to go along with six boards against Tennessee State. Eastern Ill.’s impressive shooting from the field didn’t seem to translate to free throws, though, as they converted just 10-of-18 at the stripe.

These teams will have little time to prep for their next test, as each plays next on Jan. 21. Tennessee State visits Little Rock, while Eastern Ill. squares off with UT Martin. The Tigers will hope their success follows them on the road. On the other side, the Panthers will hit the road once again.