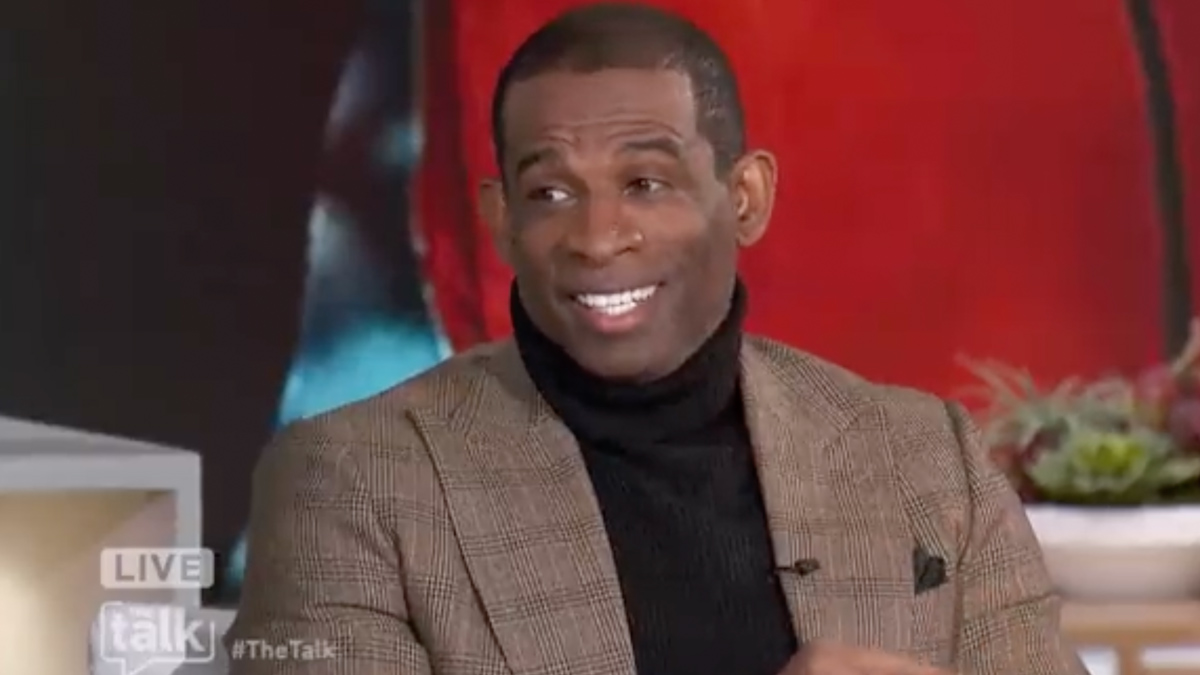 Deion Sanders was asked about transitioning from Jackson State and Ed Reed. Here’s what he said.

Deion Sanders appeared on the Talk as the head coach of Colorado, but he was also asked about his time at Jackson State and the Ed Reed situation.

“The Talk” host Sheryl Underwood, who has known Sanders for over a decade, asked him about the controversy surrounding his move from Jackson State to Colorado.

“God takes you from faith-to-faith, from level-to-level. I tell people either you get terminated or elevated. And my whole life I’ve gone to elevate,” Sanders said. “That doesn’t mean that wasn’t the right place for me.”

Sanders says that while he has moved on, he gave all he could in Jackson.

“I gave it everything I could and I built it every way I could. In my heart, my mind, my soul — all my kids was there — everybody,” Sanders said of his time at Jackson State. “Now when God tells me, okay it’s time to move because I have another assignment for you — who am I to say no? I love what I did at Jackson. I love what I accomplished at Jackson. If it wasn’t for Jackson, it probably wouldn’t be a Colorado.”

Former NFL player and “The Talk” co-host Akbar Gbaja-Biamila asked Deion Sanders what he would say to Ed Reed in the wake of his outbursts over the weekend ahead of taking the Bethune-Cookman head coaching job.

Sanders said that his message to Reed is simply to keep going.

“We’ve seen Ed in the light for a multitude of years. We’ve never seen Ed lose composure and speak out. So the fact that he did…why don’t we ask ‘what happened Ed? Because he’s been a pillar of consistency his whole life,” Sanders said.

Sanders seems to think that things will work out for B-CU and Ed Reed.

“I support Ed. I love Ed. He got it right. And I support Bethune because they are going to be wonderful with Ed at the helm, I feel.”