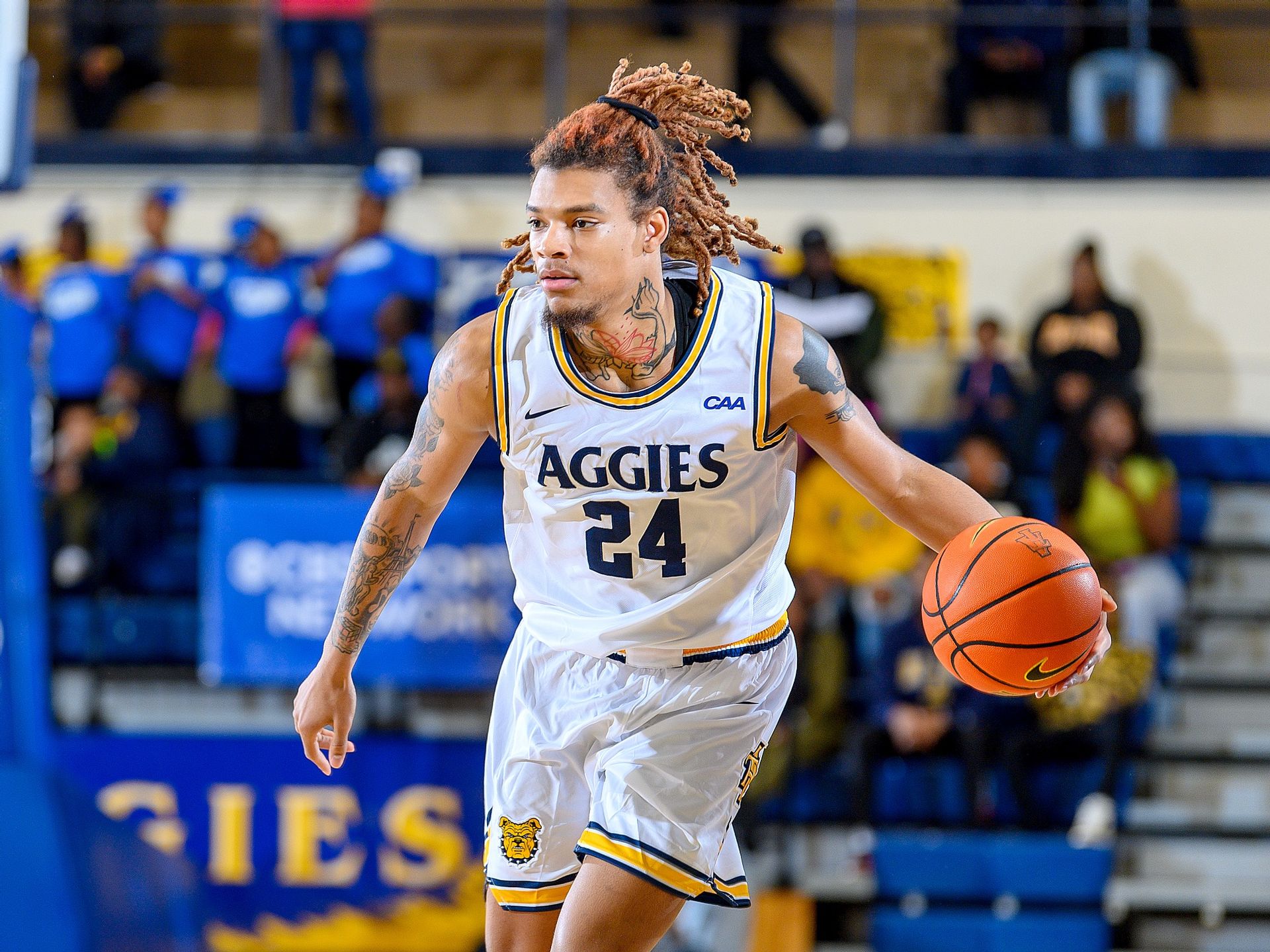 Towson recorded their third straight win, handing North Carolina A&T a 79-67 loss at Ellis Corbett Sports Center on Thursday night. The Tigers got off to a good start, going into halftime with a 40-35 lead. They continued to outscore the Aggies 39-32 in the second half to come away with the victory.

Nygal Russell scored 18 points to lead the way for Towson. As a whole, the Tigers were impressive on the offensive side of the ball, racking up 1.21 points per possession on 53% shooting from the field. Even when they missed, the team always seemed to have someone around to clean it up, scoring 18 second-chance points on 9 offensive rebounds.

The Aggies played well offensively in this one. They averaged 1.05 points per possession on 45% shooting from the field. Kam Woods led the way, putting up 29 points to go along with six boards. It wasn’t enough though, as North Carolina A&T could not gather the momentum to get past the Tigers.

These teams will have little time to prep for their next test, as each plays next on January 21. Towson visits Elon, while North Carolina A&T squares off with William & Mary. The Tigers will look to continue their road success. On the other side, the Aggies hope for a rebound performance on the road.