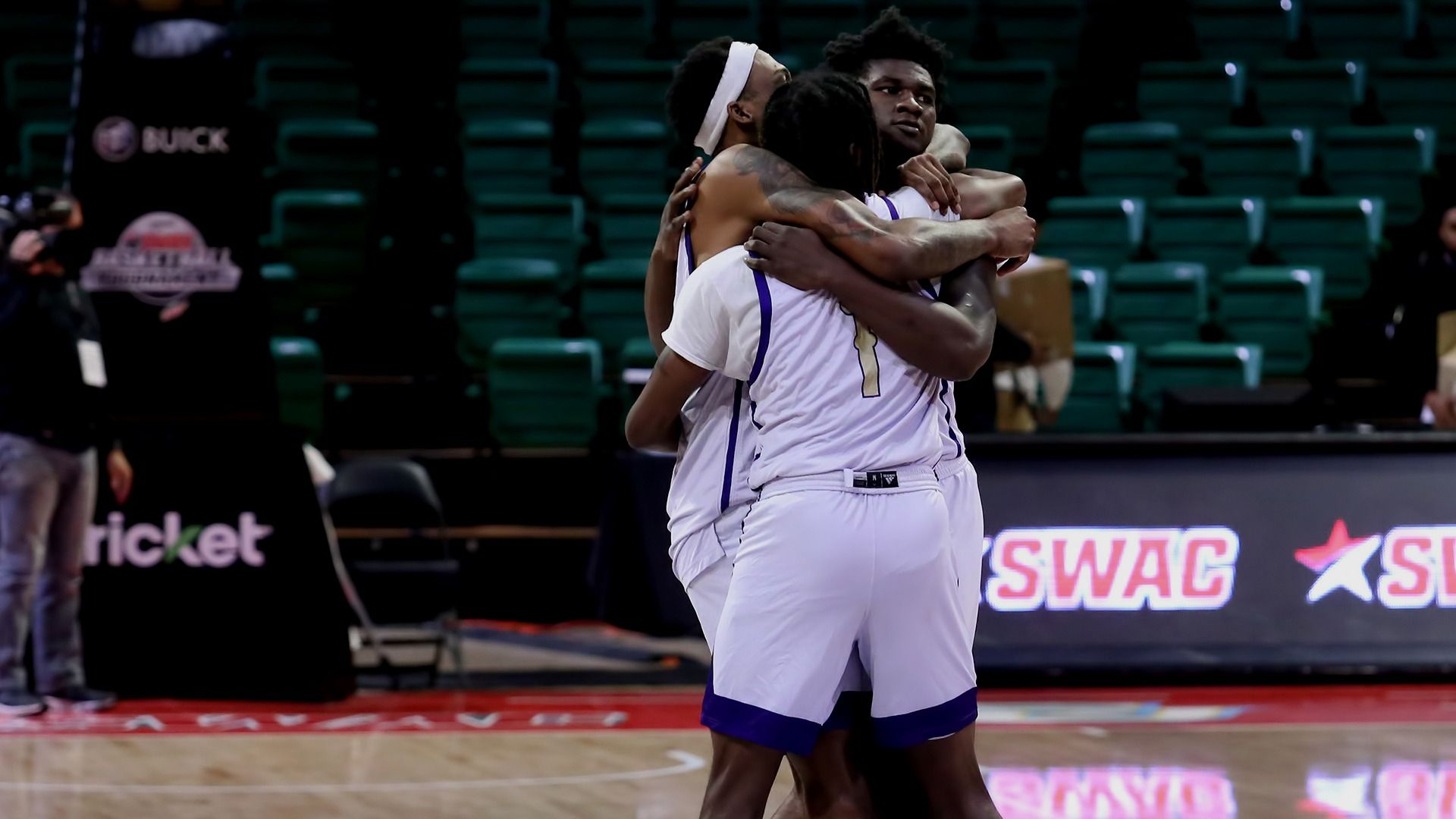 Alcorn surges in the extra frame for its second straight OT win.

Alcorn State recorded its fourth straight win, handing Prairie View A&M a 77-68 loss in overtime at William J. Nicks Building on Monday night. Alcorn State went into halftime with a 38-30 lead, but Prairie View A&M wouldn’t go down without a fight, tying things up at the end of regulation. The Panthers couldn’t finish the job though, getting outscored 14-5 in overtime.

Dominic Brewton scored 20 points to lead the way for Alcorn. Byron Joshua was pivotal as well, shooting 3-of-8 in the second half for 6 points to power the Braves forward after the break. As a team, Alcorn State shot 27-of-63 from the field and 20-of-27 from the line to put up an average of 1 point per possession.

PVAMU was led by Yahuza Rasas, who recorded 21 points and eight boards. As a team, the Panthers shot 28-of-61 from the field and 3-of-18 from three. That contributed to their average of 0.95 points per possession and 50% true shooting, which wasn’t enough to secure the win.

Both teams face their next test on Jan. 21. Alcorn State takes on Florida A&M in a conference clash, while Prairie View A&M squares off with Alabama State. The Braves will look to keep their momentum rolling and earn another win. On the other side, the Panthers will get a shot to recover from this loss.