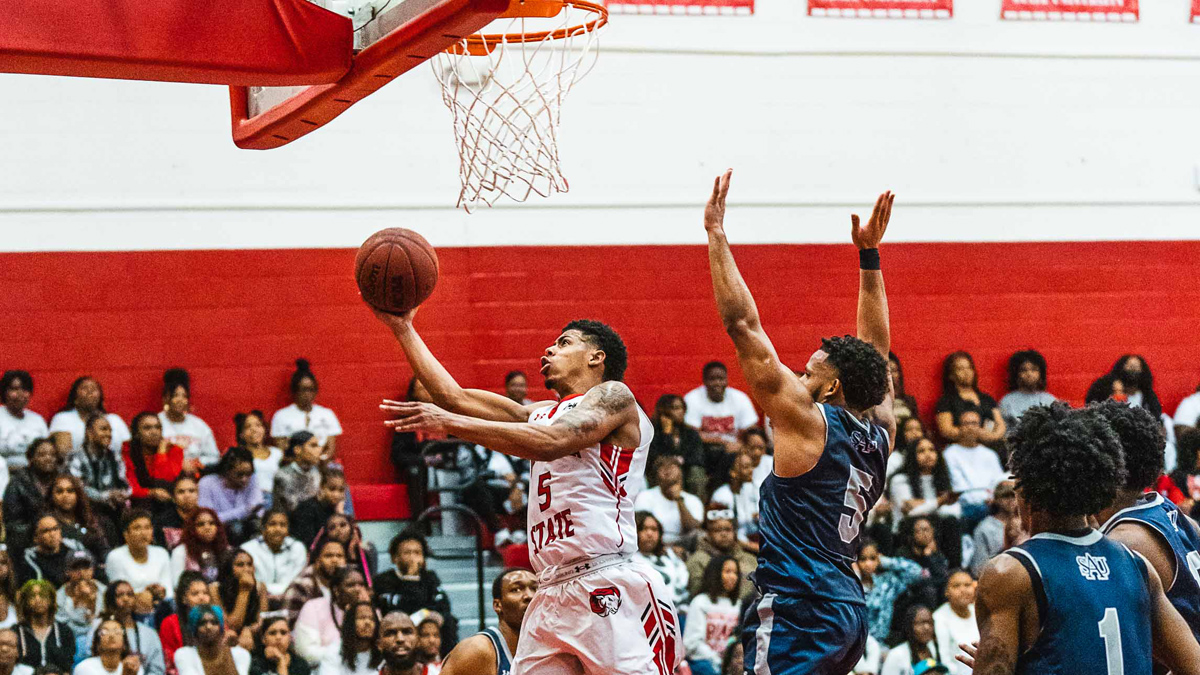 Winston-Salem State swept St. Augustine’s Saturday in both its men’s and women’s CIAA openers, winning both games by big margins. But only one was as easy as it seemed.

The WSSU women rolled to an 86-54 win over a struggling St. Aug team as a total of six players finished with double-figure scoring totals. Senior guard Amaya Tucker led the way with 18 points and grabbed six rebounds. Valencia Carroll scored 14 points and grabbed six rebounds while three players had 11 points each, including Jainaya Jones who added seven assists and six steals.

WSSU never trailed in the game, shooting 45 percent from the field and 37 percent from 3-point range. It also came up with 15 steals as St. Aug turned the ball over 25 times. Taniyah Green led SAU with 17 points and Dasmine Kasey.

The Winston-Salem State men returned to C.E. Gaines Center after a three-game road stretch that saw it drop back-to-back games against Virginia State and Shaw and nearly fumble a game away at Elizabeth City State.

The game got off to a slow start as both WSSU and SAU struggled offensively, with neither team breaking in to double-digit points until WSSU’s Samage Teel’s free throw on a three-point play put his team up 10-5 with 8:23 to go. WSSU would finish the half on an 20-7 run to take a 30-12 lead at halftime.

The Rams would see that lead push up to 21 with just over 16 minutes remaining in the second half before the Falcons carved into the lead, cutting it to nine with 8:26 remaining. It would get no closer as the home team took care of business.

WSSU will host Claflin on Wednesday before taking on Fayetteville State on Jan. 21.