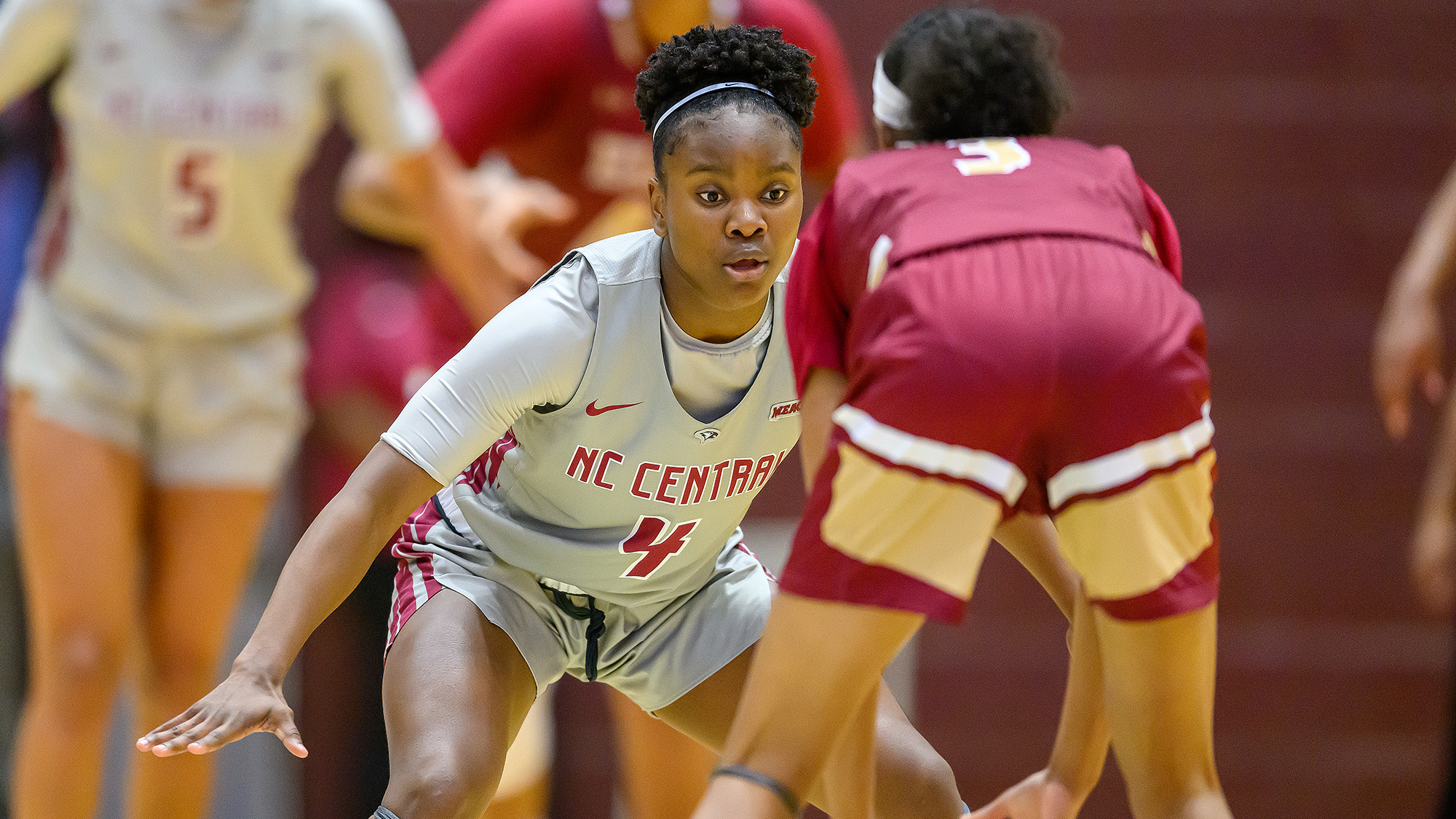 The Eagles led by as much as 27 en route to handing the Lady Bulldogs their fifth consecutive loss.

North Carolina Central (NCCU) gave South Carolina State its fifth consecutive loss in a 72-55 rout at McDougald-McLendon Arena on Saturday afternoon. The Eagles had the upper hand in this one, leading by as much as 27 points.

Jerni Kiaku led the way for NCCU, putting up 25 points. As a team, the Eagles shot 45% from the field, 19% from behind the arc, and 94% from the free throw line. The advanced stats told a similar story, as the team put up 0.97 points per possession on 53% true shooting.

SC State was led by Nicole Gwynn, who recorded 18 points and six boards against NCCU. As a team, the Lady Bulldogs struggled to get things going offensively, scoring just 0.74 points per possession on 35% shooting from the field. They were heavily challenged near the hoop, going just 10-of-24 on field goal attempts in the paint.

Both sides have some time off before facing their next opponents, which won’t be until Jan. 21. NCCU takes on Delaware State in a conference clash, while South Carolina State faces a UMES squad recovering from a loss of its own. The Eagles will look to earn another win on their home court. On the other side, the Lady Bulldogs will be thankful to return home.