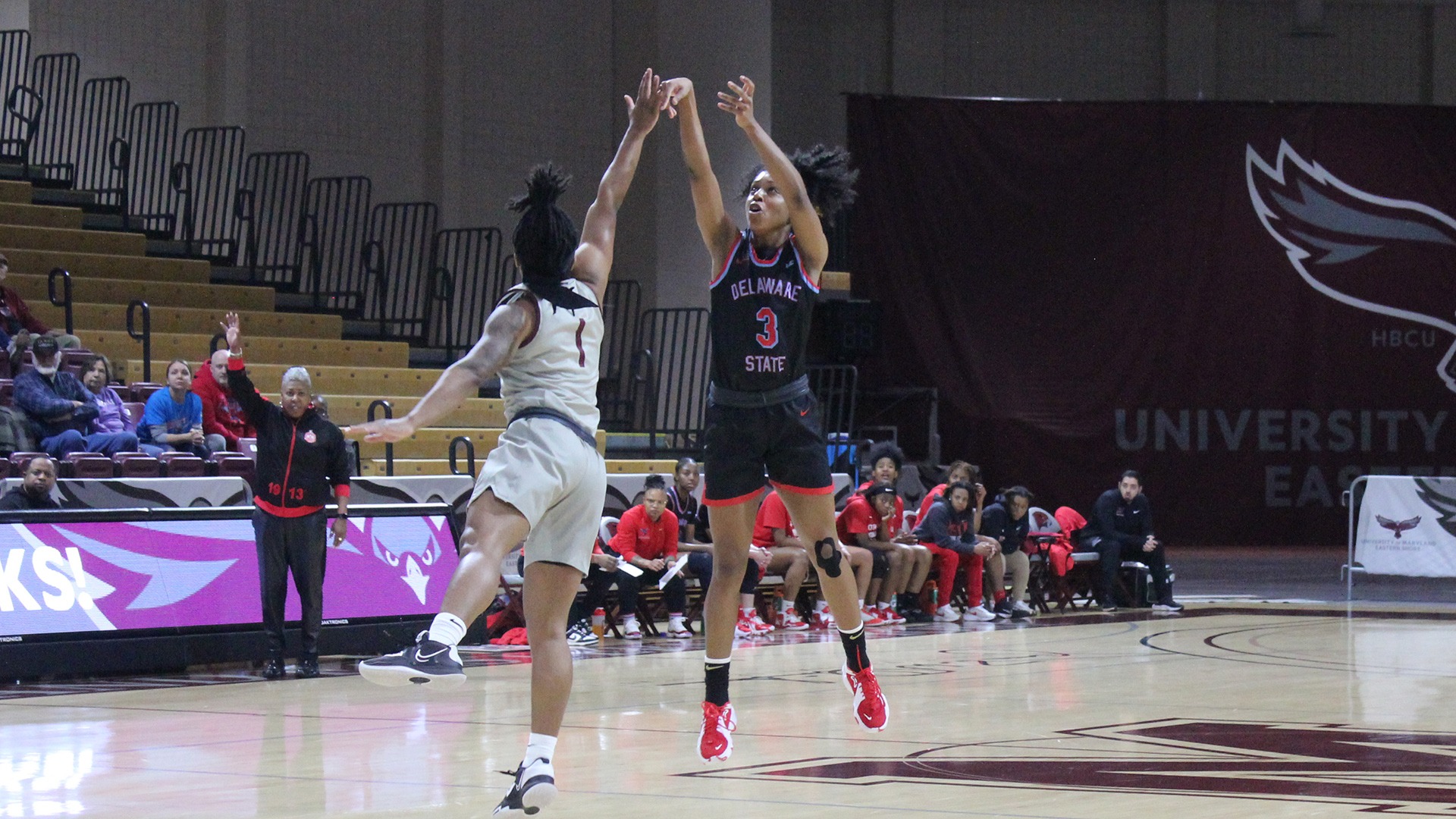 Alexis Moragne scored 21 points to help the Hornets get back in the win column.

Delaware State broke its streak of eight consecutive losses, defeating UMES in a 68-60 contest on Saturday afternoon at Hytche Center. They went into halftime with a 36-27 lead and were able to hold off the Hawks for the final 20 minutes.

Alexis Moragne scored 21 points to lead the way for Delaware State. As a team, the Hornets shot 48% from the field, 47% from behind the arc, and 91% from the free throw line. The advanced stats told a similar story, as the team put up 0.96 points per possession on 64% true shooting.

Ja’la Bannerman scored 14 points while Mahogany Lester added another 10 to lead the way for UMES against Delaware State. As a team, the Hawks struggled to get things going offensively, scoring just 0.76 points per possession on 32% shooting from the field. It was a tough day from the three-point range. The team’s shooters combined to go just 5-of-31 from deep.

Both sides have some time off before facing their next opponents, which won’t be until Jan. 21. Delaware State gets North Carolina Central fresh off a recent win of its own, while UMES squares off with South Carolina State. The Hornets will look to keep their momentum rolling and earn another win. On the other side, the Hawks will try to turn things around.