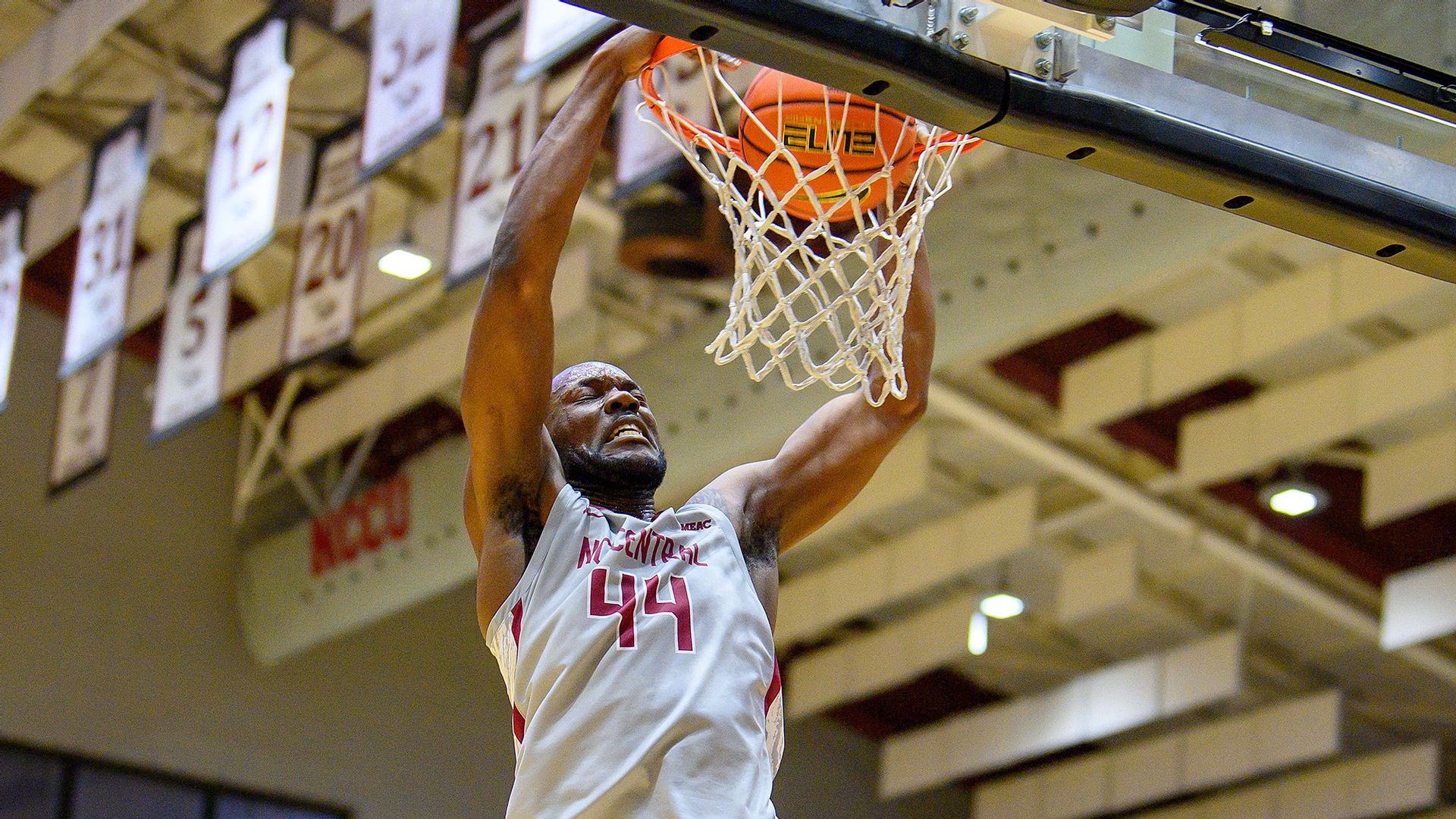 Justin Wright hit eight of his 15 field goal attempts and five of his six free throw attempts to finish the night with a game-high 21 points.

NCCU opened with a blistering 14-2 run, sprinting out to a 20-6 lead. After the scorching start, the Eagles went cold for roughly five minutes. In that same time span, CSU was able to create some offense and cut the deficit to two (22-20). The final six minutes saw NCCU go on a 13-4 scoring run to go into the half with a 35-24 lead.

The Eagles closed out the game with a 13-8 scoring run, charged by junior guard Justin Wright, who scored nine of the final 13 points for NCCU.

Overall, Wright hit eight of his 15 field goal attempts and five of his six free throw attempts to finish the night with a game-high 21 points. Additionally, he was one of three Eagles to snag at least nine rebounds to help NCCU create a 46-29 advantage on the glass.

For CSU, Sam Sessoms led the way with 21 points, followed by Nendah Tarke and Justin Steers with 16 and 10 points, respectively.

Up next, NCCU (8-8, 1-1 MEAC) will continue its conference slate, hosting South Carolina State University inside McDougald-McLendon Arena on Saturday, Jan. 14.