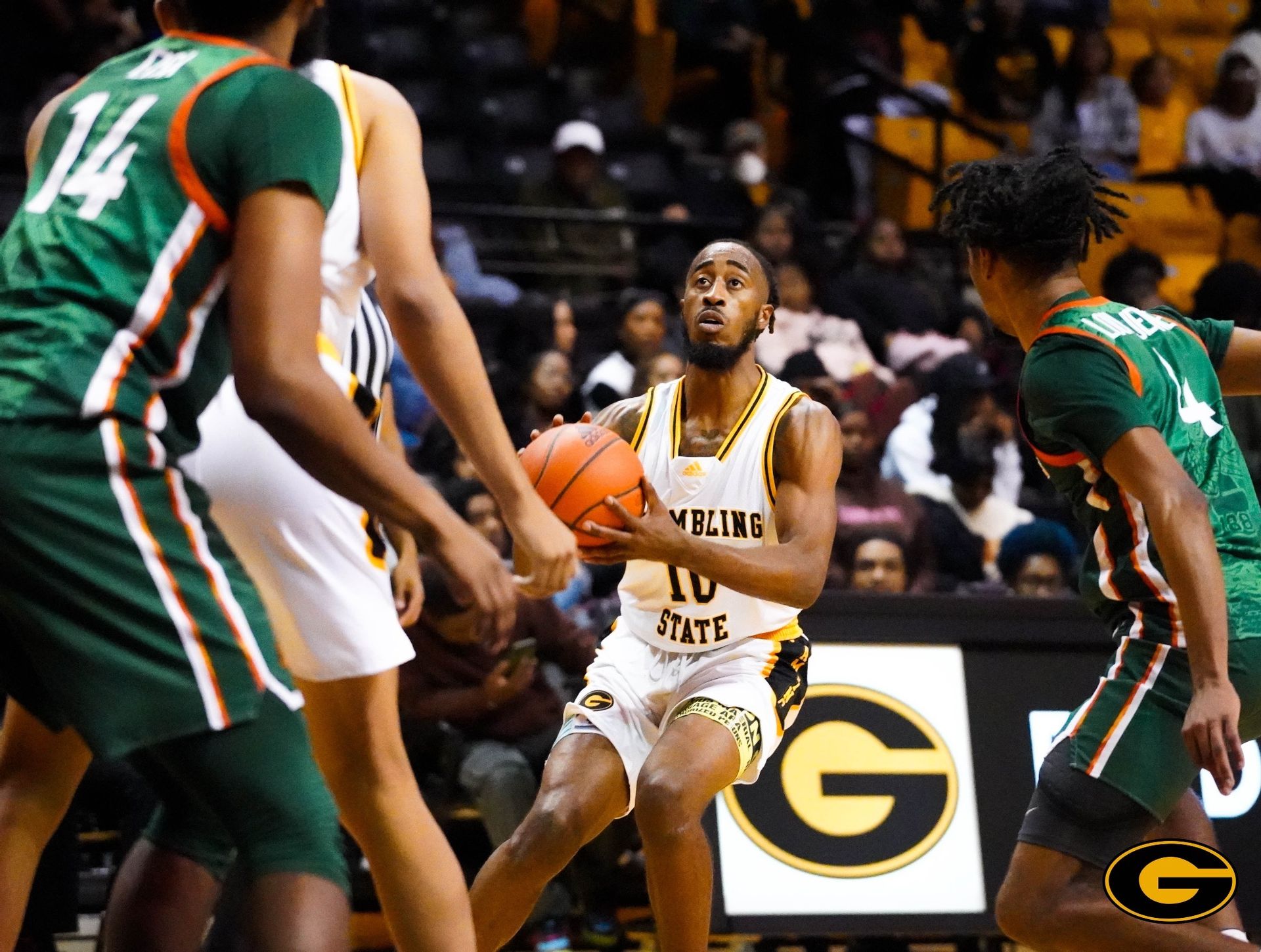 The Rattlers went into halftime with a 34-30 lead but were unable to hang on, as the Tigers outscored them by nine points in the final 20 minutes.

Grambling State gave Florida A&M their sixth consecutive loss in a 62-57 contest at FCH Assembly Center on Monday night. The Rattlers went into halftime with a 34-30 lead but were unable to hang on, as the Tigers outscored them by nine points in the final 20 minutes.

Shawndarius Cowart led the way for Grambling, putting up 18 points to go along with five boards. As a team, the Tigers shot 38% from the field, 27% from behind the arc, and 58% from the free throw line. The advanced stats told a similar story, as the team put up 0.99 points per possession on 46% true shooting.

FAMU was led by Dimingus Stevens, who put up 13 points against Grambling. The Rattlers went 20-of-55 from the field in this one, including 7-of-20 from the three-point line. Their shooting was part of larger offensive struggles that contributed to the loss. Florida A&M only mustered 0.92 points per possession on 46% true shooting.

Both teams face their next test on Jan. 14. Grambling State takes on Southern in a conference clash, while Florida A&M squares off with Arkansas-Pine Bluff. The Tigers will look to keep their momentum rolling and earn another win. On the other side, the Rattlers will be thankful to return home.