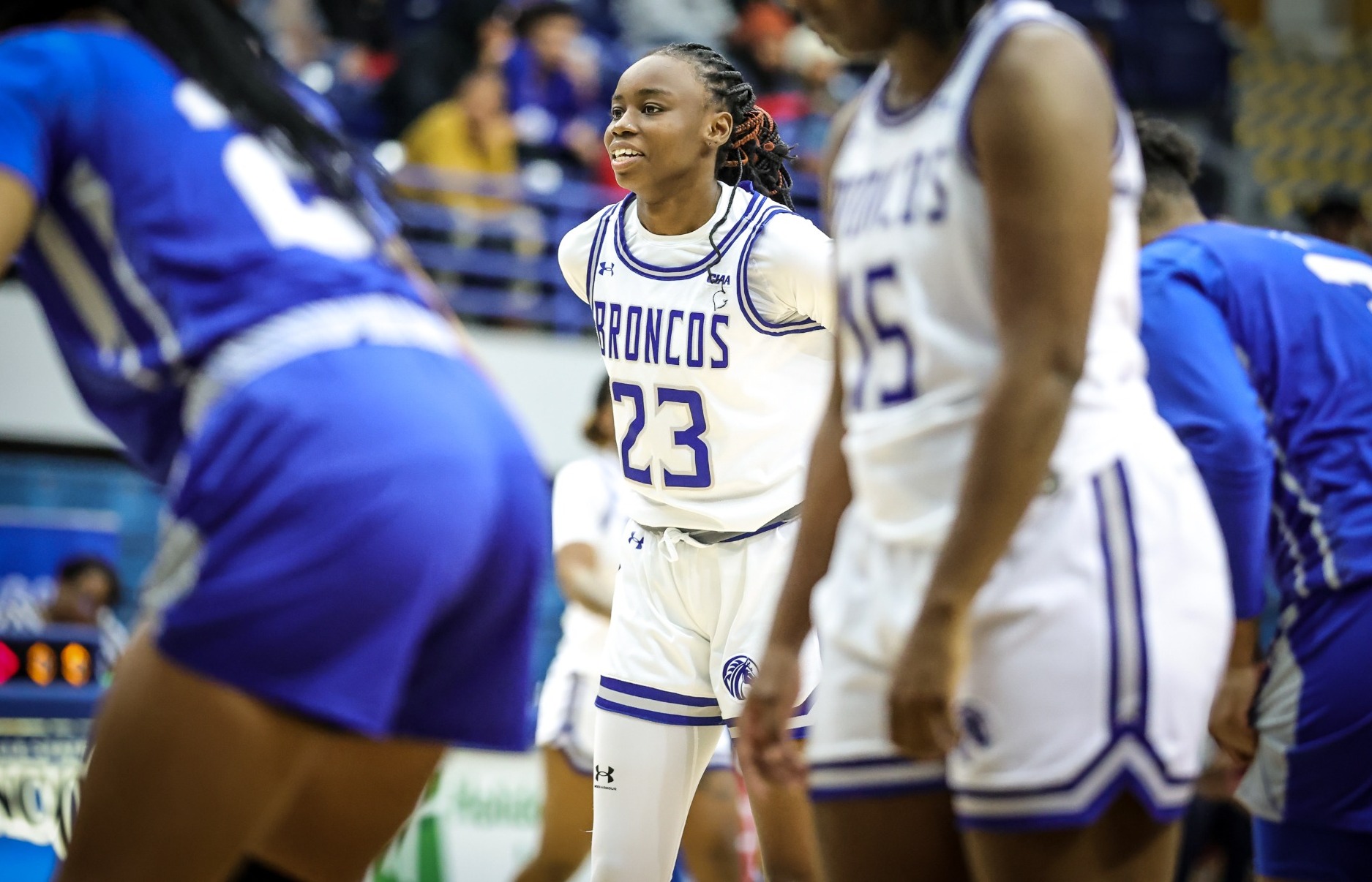 Fayetteville State kept it close in the first quarter but entered the second frame down 11-8.

Bowie State kept adding to that lead, building a 15-8 advantage before Fayetteville State went on an 8-0 run, highlighted by a bucket from Simmons, to take a 16-15 lead. The Bulldogs then came roaring back to take a 25-22 lead heading into halftime.

FSU came out of halftime on fire, going on a 10-0 run to grab a 32-25 lead with 4:58 to go in the third. Before the conclusion of the third period, the Bulldogs had cut into that lead somewhat, but the Broncos still entered the fourth quarter with a 39-36 edge. Fayetteville State took advantage of 11 Bowie State turnovers in the quarter, scoring 10 points off of takeaways.

FSU started tacking on points in the fourth almost immediately, going on a 5-0 run, finished off by Simmons’ jumper, to grow the lead to 44-36 with 8:30 to go in the contest. The Bulldogs narrowed the margin somewhat before the game was over, but the Broncos still cruised the rest of the way for the 53-47 win.

FSU will return home with CIAA Southern Division action against Johnson C. Smith University on Saturday, January 14.  The Bronco women will play the second half of the doubleheader with a tip-off at 3:00 pm.  The men will have a CIAA/Black College Sports Broadcasting Network televised game at noon.