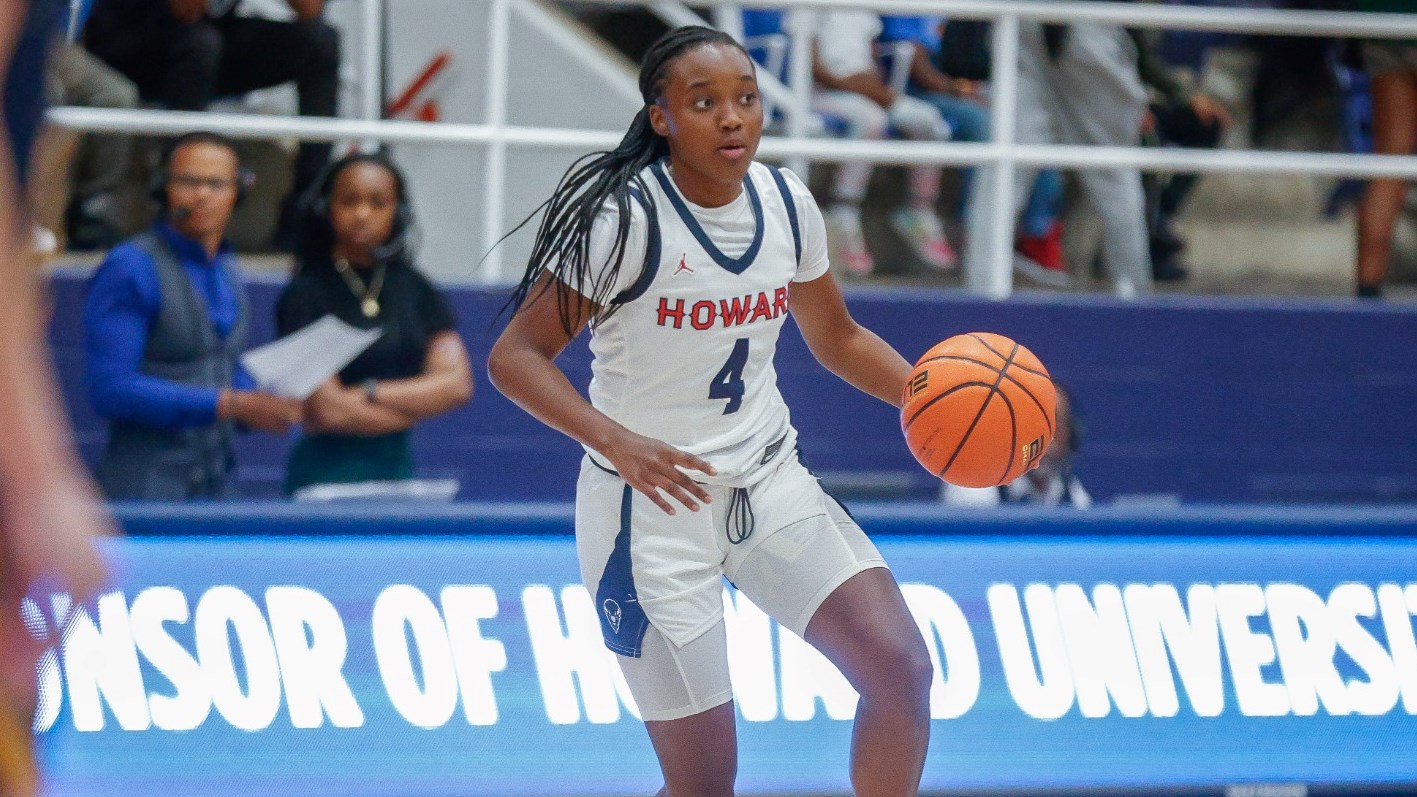 The Bison outscored the Hawks 27-19 in the second half to come away with the victory.

Howard recorded their third straight win, handing UMES a 56-47 loss at Hytche Center on Monday evening. The game was played tight in the first half, with the Bison going into halftime with a 29-28 lead. They then took control after the break, outscoring the Hawks 27-19 in the second half to come away with the victory.

Aziah Hudson scored 21 points to lead the way for Howard. the Bison’s offense was able to overcome shooting struggles in this one, putting up just 0.86 points per possession on 32% shooting from the field. That offensive output included 7-of-19 shooting from beyond the arc and 19-of-32 shooting on free throws.

Mahogany Lester recorded 14 points and 13 rebounds, and Ariana Seawell added another 13 points to lead UMES against Howard. As a team, the Hawks struggled to get things going offensively, scoring just 0.68 points per possession on 28% shooting from the field. It was a tough day from the three-point range. The team’s shooters combined to go just 0-of-11 from deep.

Both sides have some time off before facing their next opponents, which won’t be until Jan. 14. Howard takes on Norfolk State, while UMES faces Delaware State at home. The Bison will look to keep their momentum rolling and earn another win. On the other side, the Hawks will get a shot to recover from this loss.