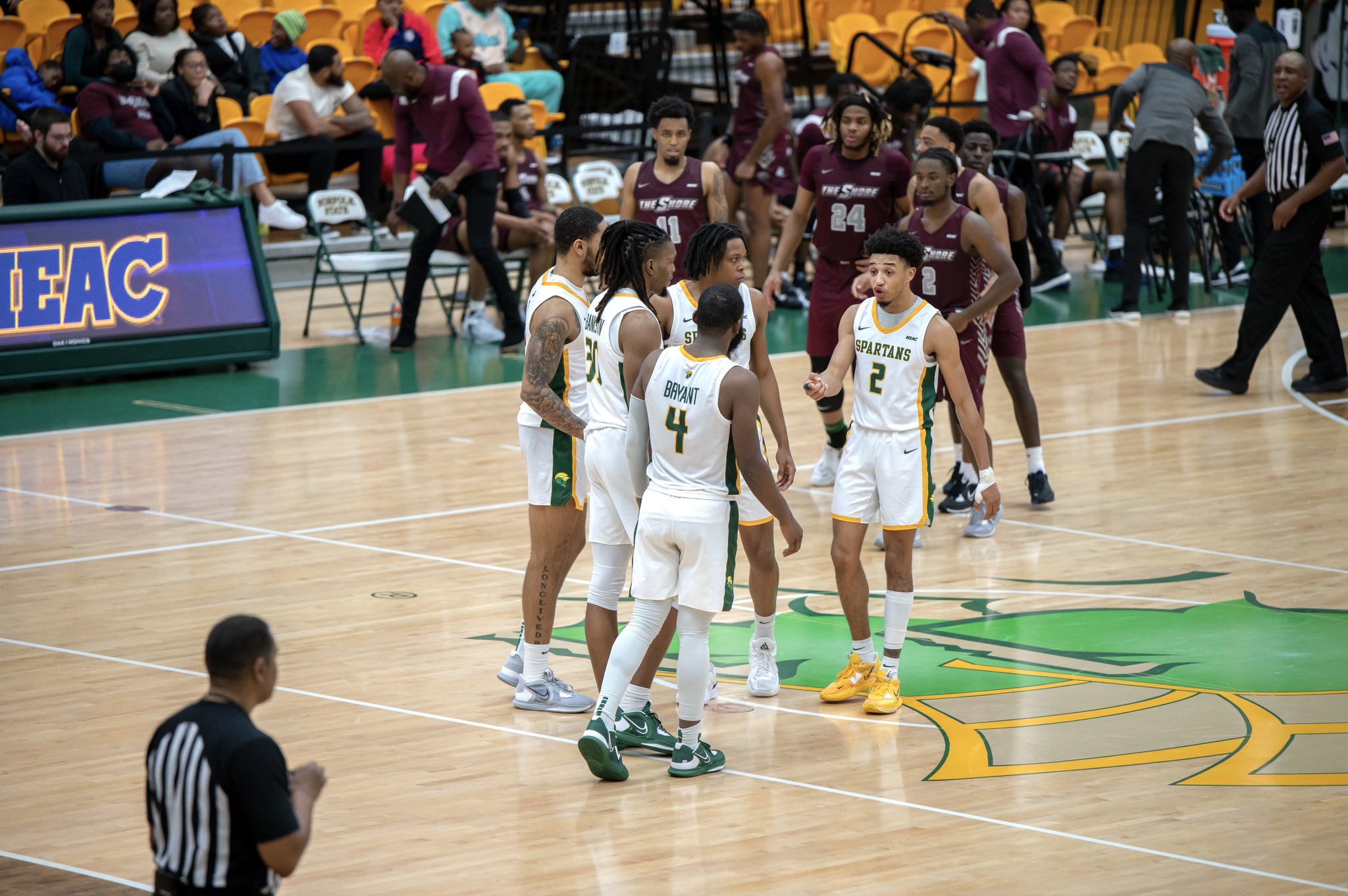 The Spartans continue to be one of the teams to beat in the MEAC.

Norfolk State gave Delaware State their 14th consecutive loss in a 78-65 contest at Memorial Hall on Monday night. The Spartans got off to a good start, going into halftime with a 36-29 lead. They then continued to outscore the Hornets 42-36 in the second half to come away with the victory.

Joe Bryant led the way for Norfolk State, putting up 20 points and six assists. Bryant was just a cog in a complete offensive performance for the Spartans. The team shot 42% from the field while scoring 1.21 points per possession.

Free throws were another positive component of their night. They drew 21 fouls on the defense, which led to 23 points on 88% shooting from the charity stripe.

The Hornets played well offensively in this one. They averaged 1.04 points per possession on 39% shooting from the field. Jevin Muniz led the way, putting up 22 points. It wasn’t enough though, as Delaware State was unable to gather the momentum to get past the Spartans.

Both teams face their next test on Jan. 14. Norfolk State takes on Howard, while Delaware State squares off with a UMES side riding high from a victory in its last outing. The Spartans will look to continue their solid play in their return home. On the other side, the Hornets will get a shot to recover from this loss.