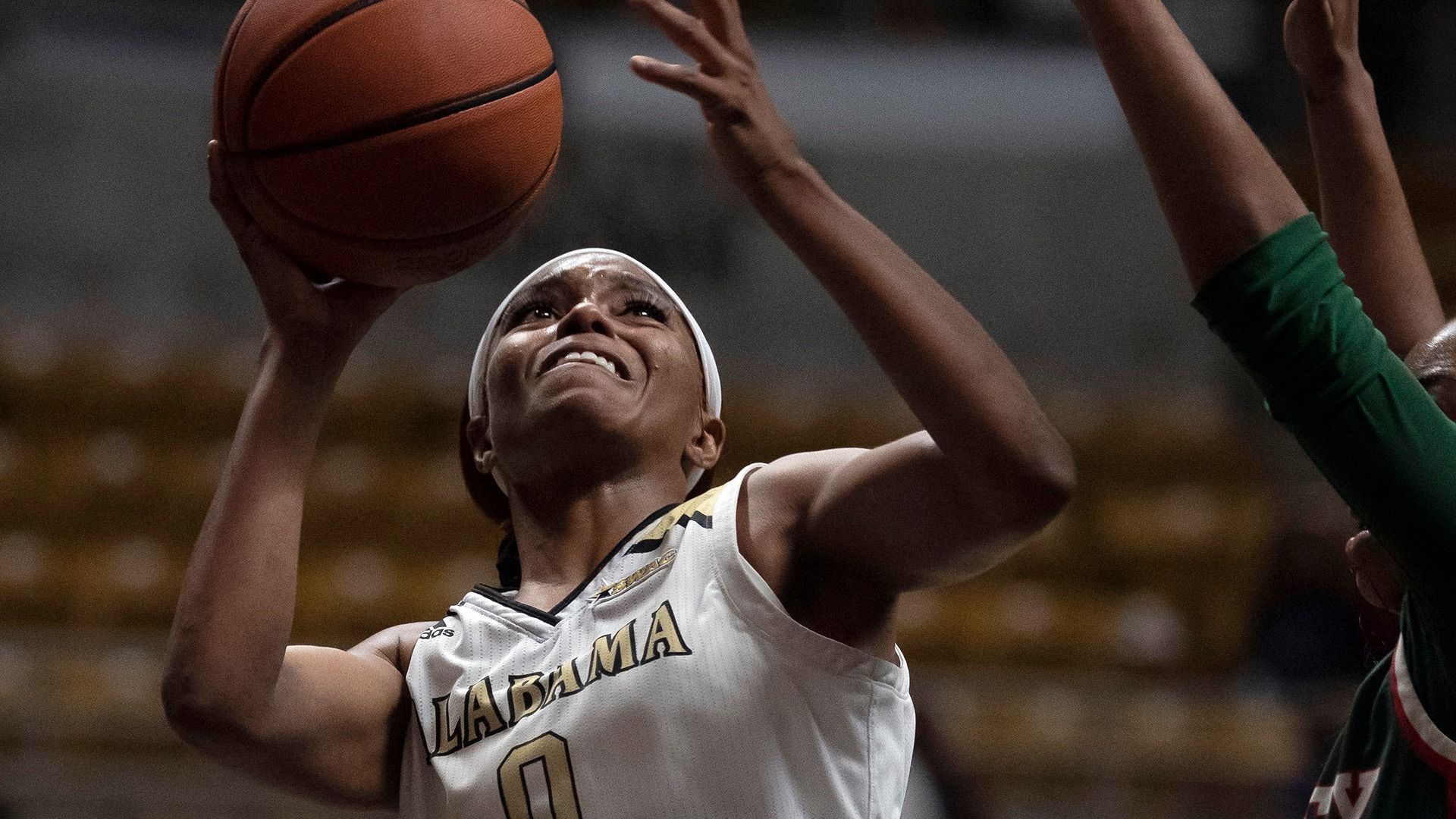 Shmya Ward scored 17 of her 27 points in the second half lead to Lady Hornets in the win.

Alabama State women’s hoops survive a riveting 93-91 shootout with Alcorn State on Monday evening. The Lady Hornets went into halftime with a five-point lead, which was enough to survive the Lady Braves’ second-half push.

Shmya Ward scored 27 points to lead the way for Alabama State. That performance included an impressive 17 points in the second half to ignite the team down the stretch. Alabama State’s offense as a whole came out of the break with new energy. The team shot 68% from the field in the second half, scoring 1.33 points per possession. This was a big improvement from the team’s 52% shooting and 1.04 points per possession in the first half.

The Lady Braves offensive efficiency was impressive despite the result. They averaged 1.12 points per possession on 60% true shooting. Destiny Brown led the way against Alabama State, putting up 28 points to go along with eight boards. It wasn’t enough though, as Alcorn State was unable to gather the momentum to get past the Lady Hornets.

Both teams face their next test on Jan. 14. Alabama State gets Alabama A&M fresh off recent win of its own, while Alcorn State hits the road to meet Texas Southern. The Lady Hornets will look to keep their momentum rolling and earn another win. On the other side, the Lady Braves will get a shot to recover from this loss.