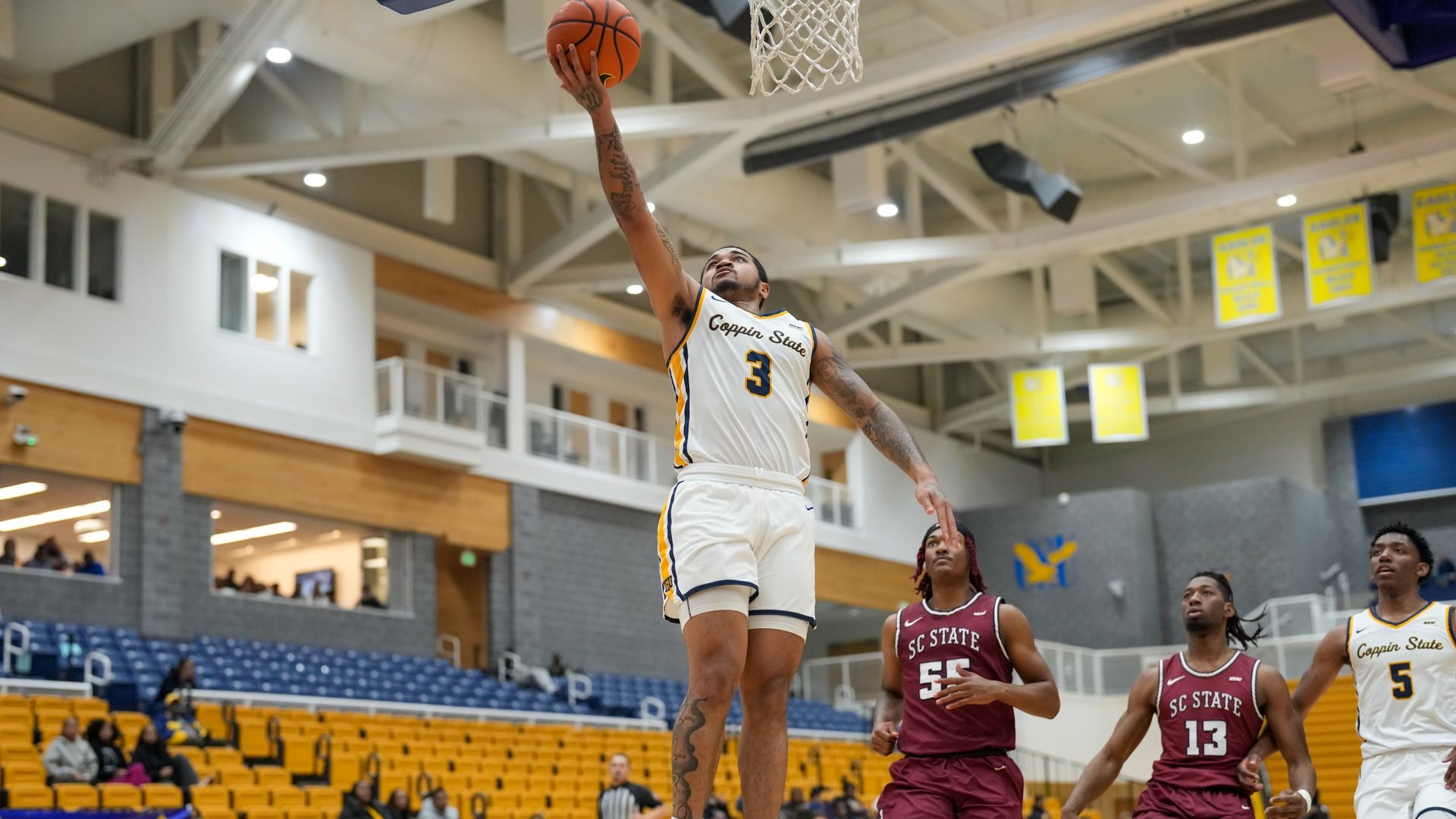 Sam Sessoms scored 26 points to lead the way for a Coppin State team that shot 50% from the field, 48% from behind the arc, and 74% from the free throw line.

Coppin State broke its streak of three consecutive losses, defeating South Carolina State in an 85-73 contest on Saturday evening at its Physical Education Complex. The Eagles got off to a good start, going into halftime with a 36-33 lead. They then continued to outscore the Bulldogs 49-40 in the second half to come away with the victory.

Sam Sessoms scored 26 points to lead the way for Coppin State As a team, the Eagles shot 50% from the field, 48% from behind the arc, and 74% from the free throw line. The advanced stats told a similar story, as the team put up 1.03 points per possession on 64% true shooting.

Lesown Hallums led the way for SC State, scoring 17 points. The Bulldogs shot 26-of-72 from the field and 3-of-21 from behind the arc. Their shooting was part of larger offensive struggles that contributed to the loss. South Carolina State only mustered 0.88 points per possession on 43% true shooting.