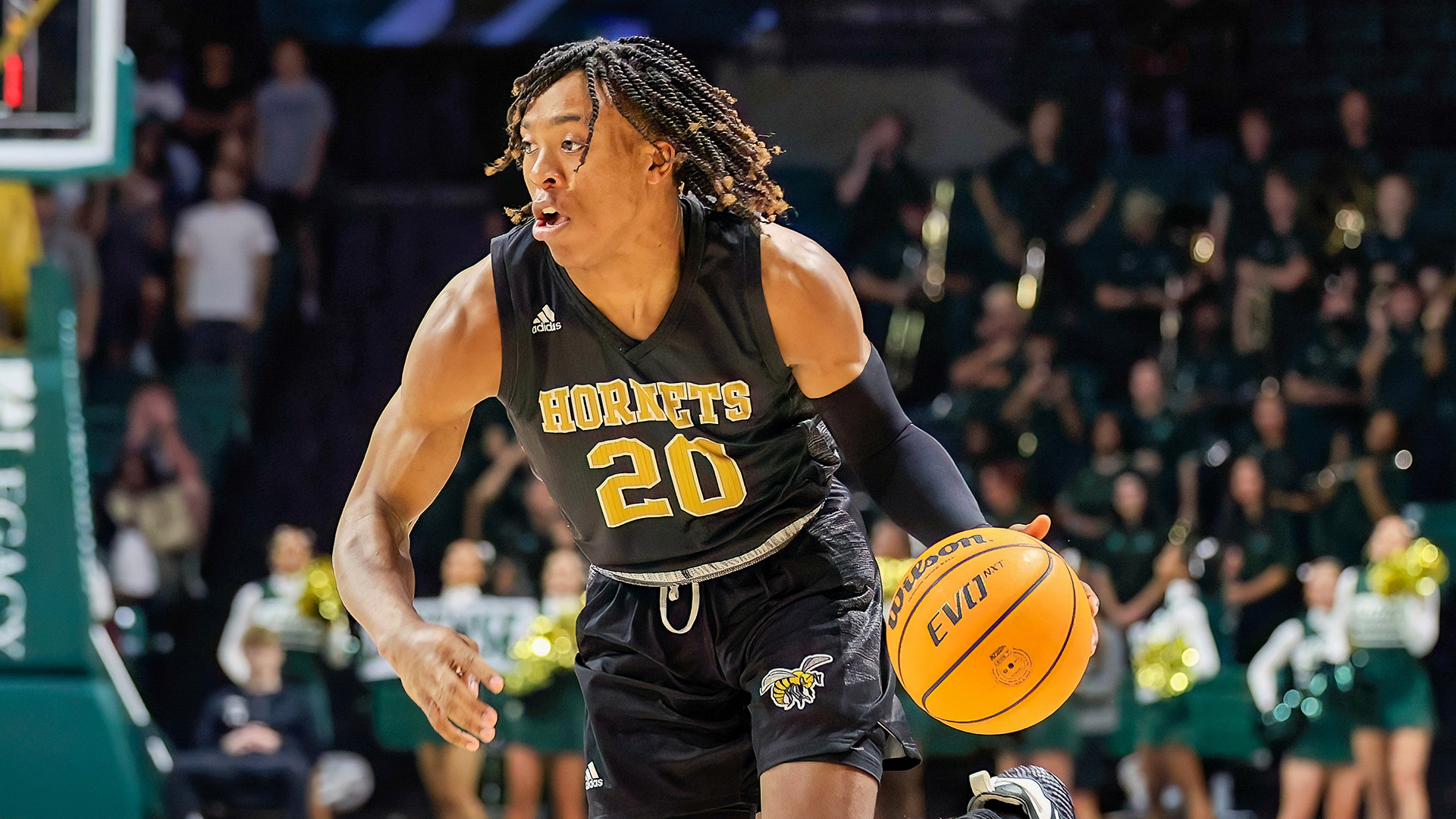 Alabama State gets a hard-fought victory against Mississippi Valley State University, by a score of 70-61 on Monday evening. The Hornets got off to a good start, going into halftime with a 33-25 lead. They then continued to outscore the Delta Devils 37-36 in the second half to come away with the victory.

Antonio “TJ” Madlock scored 23 points and grabbed seven rebounds to lead the way for Alabama State. As a team, the Hornets shot 37% from the field, 30% from behind the arc, and 88% from the free throw line. The advanced stats told a similar story, as the team put up 0.97 points per possession on 51% true shooting.

Terry Collins put up 16 points to lead MVSU. The Delta Devils shot 23-of-60 from the field and 3-of-13 from behind the arc. Their shooting was part of larger offensive struggles that contributed to the loss. Mississippi Valley State University only mustered 0.87 points per possession on 45% true shooting.

Both teams face their next test on Jan. 5. Alabama State takes on Arkansas-Pine Bluff in a conference clash, while Mississippi Valley State University has a shot to rebound against a struggling Alabama A&M squad. The Hornets will look to keep their winning streak intact. On the other side, the Delta Devils will try to turn things around.