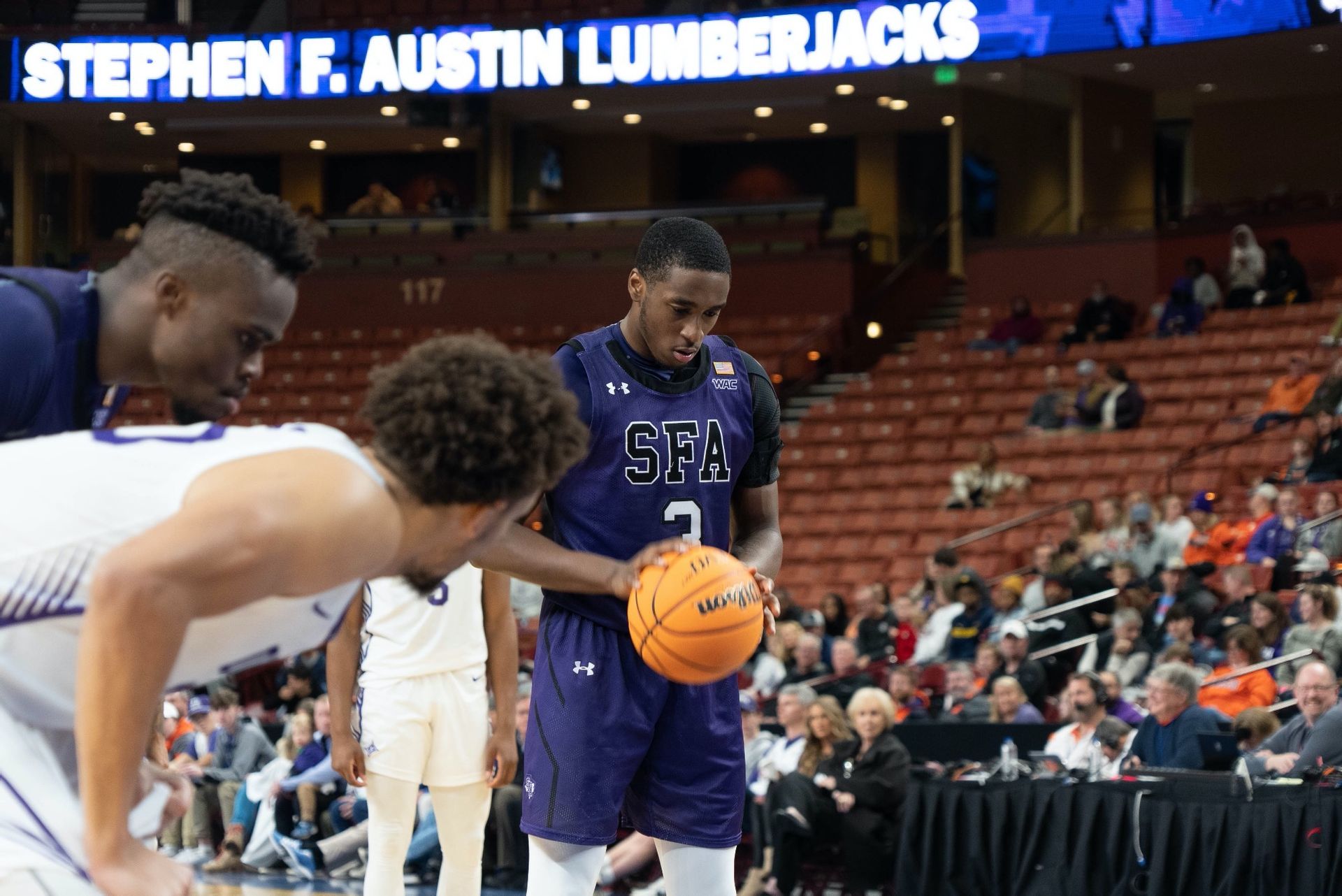 Stephen F. Austin gave Jackson State their sixth consecutive loss in an 80-69 contest at William R. Johnson Coliseum on Thursday afternoon. The Lumberjacks got off to a good start, going into halftime with a 36-29 lead. They then continued to outscore the Tigers 44-40 in the second half to come away with the victory.

Sadaidriene Hall led the way for Stephen F. Austin, recording 20 points, 10 rebounds, and five assists. It wasn’t just Hall though, the Lumberjacks’ offense was humming on all cylinders, pouring in 1.13 points per possession on 52% shooting from the field. The transition game was a big factor to their success, 18 of the team’s points came on the fast break.

Jackson State was led by Trace Young, who recorded 14 points and seven boards. The Tigers went 26-of-68 from the field in this one, including 4-of-25 from the three-point line. That netted out to an average of 0.99 points per possession, which wasn’t enough to win.

Today’s win was the latest for Stephen F. Austin, who took down North American in its last game. Its next contest is at home against Abilene Christian on December 30. On the other side, this afternoon’s result was a letdown for Jackson State. The team was hoping to rebound from its last loss against Alabama. Its next chance at a win is on January 3 against Alcorn State.