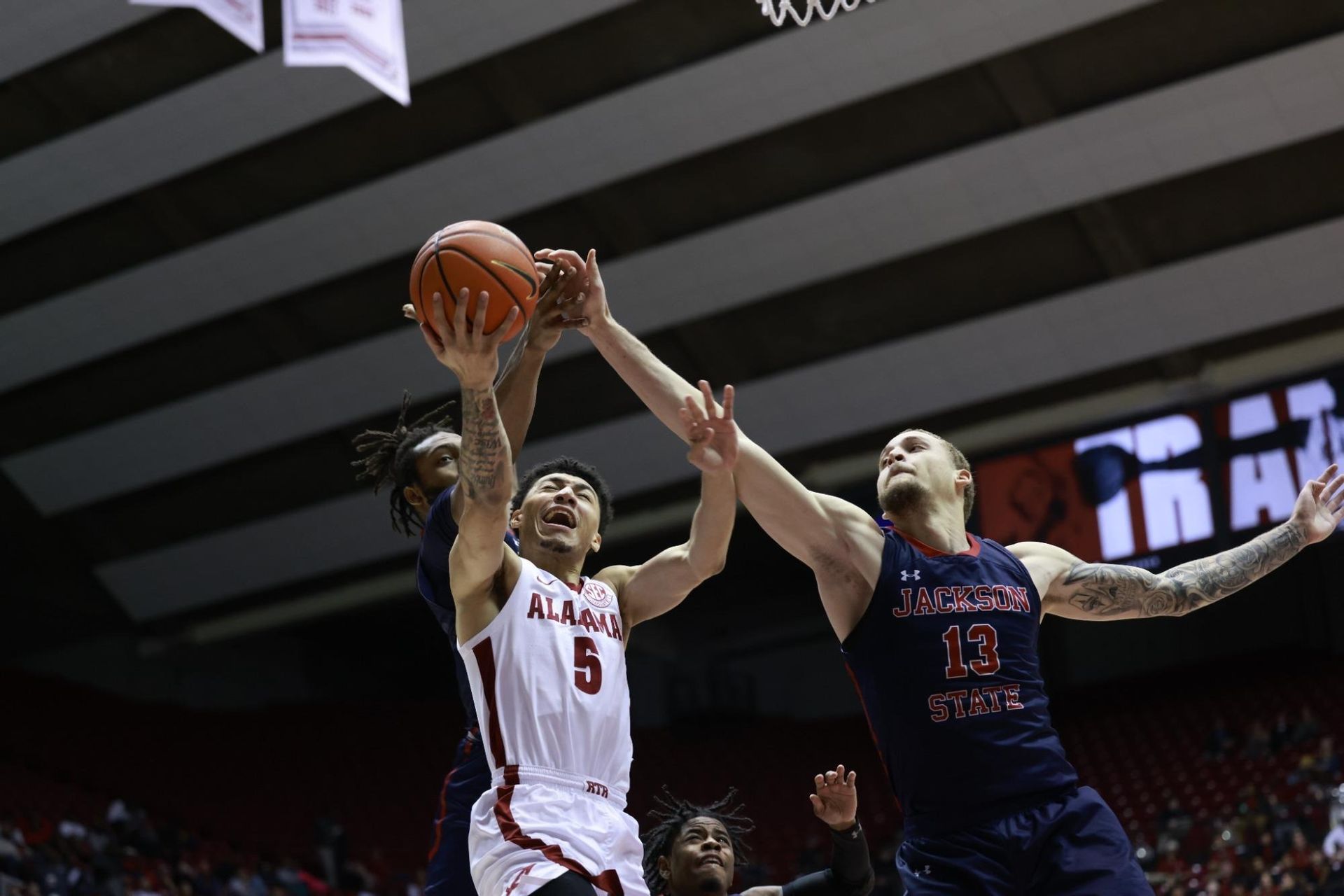 Alabama gave Jackson State their fifth consecutive loss in an 84-64 contest at Coleman Coliseum on Tuesday evening. The Crimson Tide got off to a good start, going into halftime with a 33-32 lead. They then continued to outscore the Tigers 51-32 in the second half to come away with the victory.

Noah Gurley scored 16 points and grabbed five rebounds to lead the way for Alabama. Gurley played a huge role in the complete offensive performance for the Crimson Tide. The team shot 48% from the field while scoring 1.06 points per possession. The transition game was a big factor to their success, 18 of the team’s points came on the fast break.

Ken Evans recorded 19 points and five rebounds, and Chase Adams added another eight points to lead Jackson State. As a team, the Tigers struggled to get things going offensively, scoring just 0.81 points per possession on 35% shooting from the field. They were heavily challenged near the hoop, going just 12-of-29 on field goal attempts in the paint.

Alabama’s record improved to 10-2 with the win. A December 29 conference clash with Mississippi State is the Crimson Tide’s next test. On the other side, Jackson State’s struggles continue. The team can’t seem to stop the losses from piling up. The team will hit the road for its next chance at a win, a December 22 visit to Stephen F. Austin State.