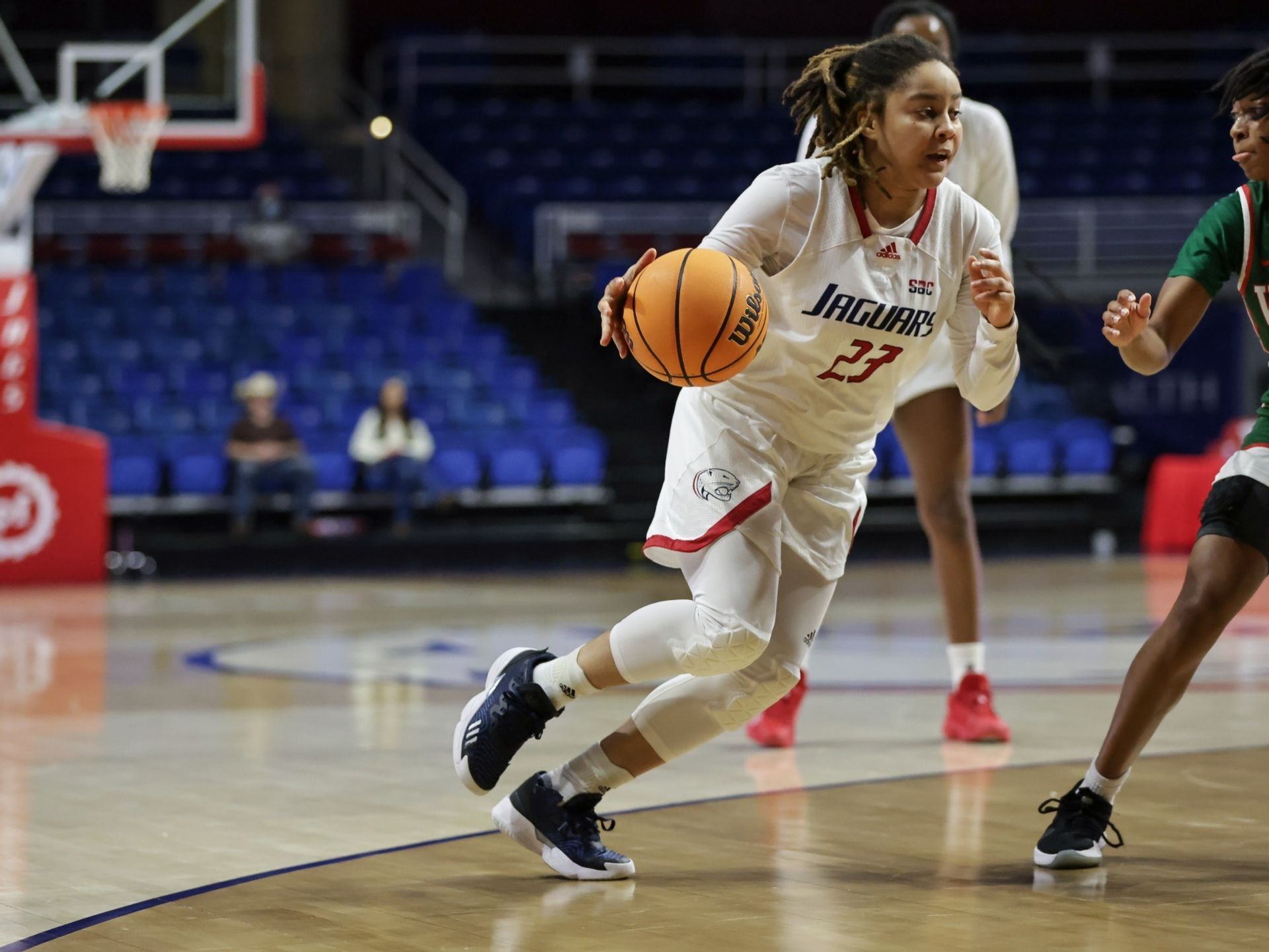 South Alabama defeated Mississippi Valley State University by a score of 68-60 at Mitchell Center on Tuesday afternoon. The Lady Jaguars got off to a good start, going into halftime with a 39-33 lead. They then continued to outscore the Devilettes 29-27 in the second half to come away with the victory.

Tristen Washington scored 20 points to lead the way for South Alabama. As a team, the Lady Jaguars shot 35% from the field, 37% from behind the arc, and 67% from the free throw line. They secured the win despite only scoring 0.94 points per possession on 48% true shooting.

Anjanae Mueck recorded 15 points and nine rebounds to lead the way for Mississippi Valley State. The Devilettes went 23-of-61 from the field in this one, including 7-of-18 from the three-point line. Their shooting was part of larger offensive struggles that contributed to the loss. Mississippi Valley State University only mustered 0.82 points per possession on 46% true shooting.

South Alabama’s record improved to 4-7 with the win. Next the team will face Marshall, who is coming off a win of its own, on December 30. On the other side, Mississippi Valley State fell to 2-8 with the loss. It doesn’t get any easier in its next game on December 27. The team will face a Texas Tech team that’s on a run of wins.