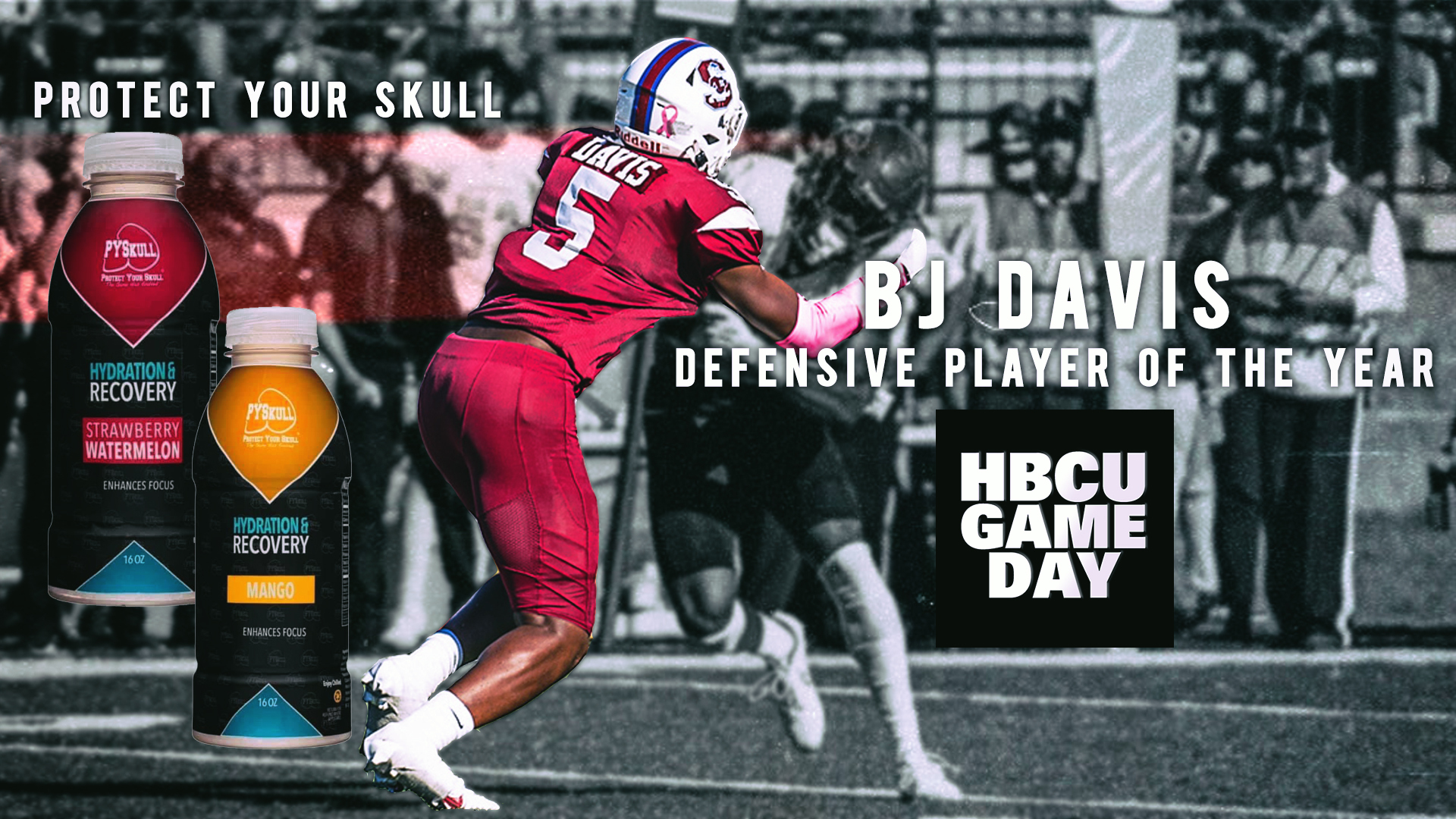 HBCU Gameday, a long with our partners Protect Your Skull Inc., are excited to announce our 2022 Players of The Year at the FCS level to Shedeur Sanders and BJ Davis.

Sanders repeats as offensive player of the year, becoming the second player to do so in the award’s history. The first was Bowie State quarterback Amir Hall, who won the inagural award in 2017 and repeated in 2018. The award was for both FCS and Division II categories in those first two seasons before switching to the FCS and Division II format in 2019.

Shedeur Sanders has led Jackson State to a 12-0 season, a SWAC title and a berth in the Celebration Bowl for the second consecutive year.

BJ Davis had an outstanding season for the Bulldogs, recording 94 total tackles. A total of 64 of those were solo tackles, and eight of those were behind the line of scrimmage. His season high was 17 tackles against North Carolina A&T. Davis showed soft hands as well, picking off five passes to lead the MEAC, including a pair of two-interception games. He broke up a total of seven passes.

Davis is the second South Carolina State player to win the honor, following in the footsteps of linebacker Darius Leonard, who claimed the inaugural award back in 2017.

ABOUT PROTECT YOUR SKULL