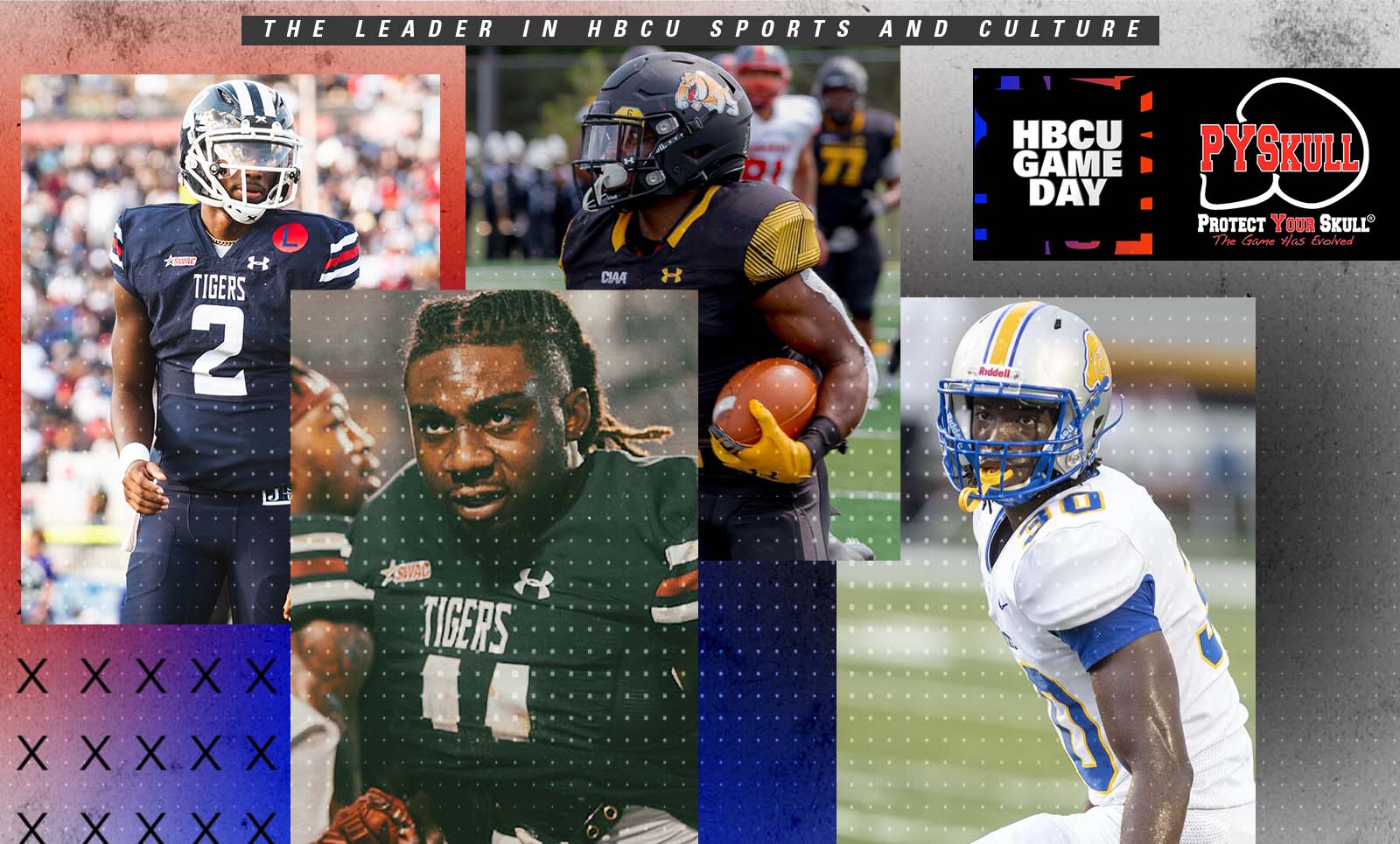 HBCU Gameday and Protect Your Skull National Players of the Year

After an exciting 2021 football season we have named our 2021 HBCU Gameday and Protect Your Skull National Players of the Year.

ATLANTA— HBCU Gameday along with Protect Your Skull have announced the 2021 National Players of the Year.

Our Division I offensive player of the year is Shedeur Sanders from Jackson State University. The freshman quarterback led his team to an 11-1 record and a berth in the Celebration Bowl.  Sanders completed 256 of 377 passes (67.9 percent) third best in FCS football.

Sanders becomes the second player to win our FCS Offensive Player of The Year award, following Jah-Maine Martin of North Carolina A&T in 2019. Bowie State’s Amir Hall won the overall award in 2017 and 2018.

Our Division I Defensive Player of the Year is James Houston from Jackson State University. The senior linebacker has 14.5 sacks heading into Saturday’s Celebration Bowl. He also scored two defensive touchdowns this season, with a fumble return for a score and a pick six interception. Houston was the Defensive MVP of the 2021 SWAC championship game.

Houston also has seven forced fumbles and nine quarterback hurries on the year. On Thursday Houston was formally invited to play in the NFL Player’s Association Senior Bowl in Los Angeles. Houston was named the SWAC Newcomer of the Year after transferring from Florida.

Houston is the fourth player to win this award, following Rico Kennedy of Morgan State in 2019. The 2018 award went to Winston-Salem State’s Daryius Skinner and the inaugural award went to South Carolina State’s Darius Leonard in 2017.

Our Division II Offensive Player of the Year is Calil Wilkins from Bowie State University. The senior running back rushed for 1,322 yards in a historic 14 game season for BSU. The Bulldogs reached the NCAA DII Quarterfinals, the farthest the team has ever gone in program history.

Wilkins scored nine touchdowns this season while averaging 94.4 yards per game. He is also one of eight finalists for the Harlan Hill trophy, awarded to the top player in Division II football. He is the third Bowie State offensive player to win our award, including overall winner Amir Hall in 2017 and 2018 and Ja’rome Johnson in 2019.

Our Division II Defensive Player of the Year is Stephan Pierre from Albany State University. The sophomore linebacker was named Defensive Player of the Year and overall MVP in the SIAC this season. Pierre was the top tackler in the conference collecting 59 total tackles. He anchored an Albany State defense that was unbeaten in conference play and advanced to the DII Playoffs.

The Golden Rams topped the conference in total defense, allowing just 197.6 yards per game, and led the league in rush defense and pass defense.

He follows Bowie State’s Joshua Pryor as the DII winner in 2019.

“Congratulations to each of these outstanding student-athletes on winning the Protect Your Skull and HBCU Gameday Player of the Year Award. The award appropriately reflects not only their great performances on the field but it is also a testament to great character, leadership, integrity, discipline, and work ethic,” said Protect Your Skull co-founder Tracey Suggs.

The HBCU Gameday and Protect Your Skull Players of the Year are selected by a ten-member panel.

About Protect Your Skull

HBCU Gameday and Protect Your Skull National Players of the Year