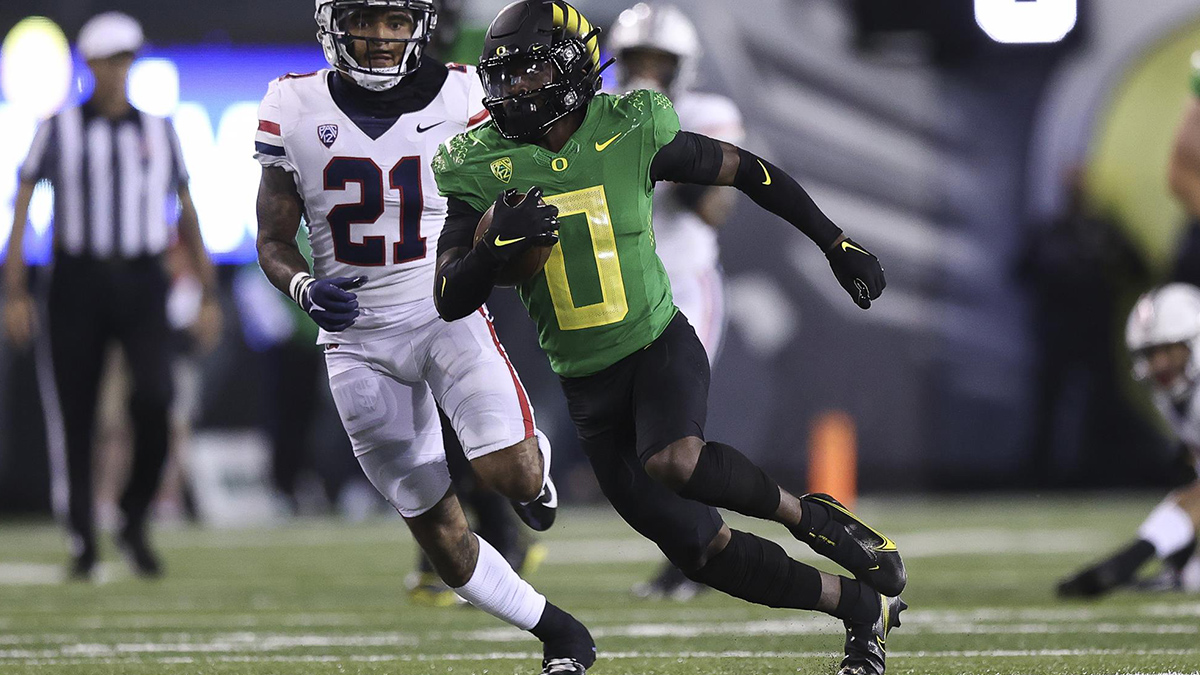 Jackson State football has been making headlines for names departing it, but former Oregon athlete Seven McGee is ready to jump in.

The former four-star and member of Oregon’s 2021 signing class has committed to playing for Jackson State, per Hayes Fawcett. His commitment came just hours after T.C. Taylor was named Deion Sanders’ successor at Jackson State.

“I believe in Coach Taylor,” Fawcett quoted McGee as telling him. “I’m coming.”

The Rochester, NY native was the ninth-ranked running back in the 2021 recruiting class by 247Sports, and was ranked as the top-ranked player in the state by the site. He committed to the program in Dec. 2018 after being recruited by a number of Power Five programs, including Colorado. He was recruited by Mario Cristobal, who is now the head coach at Miami.

McGee played in 13 of 14 games as a true freshman, starting the season at running back before transitioning to receiver as he rushed 14 times for 61 yards and a touchdown while adding seven receptions for 84 yards in 2021. He briefly entered the transfer portal following his freshman season, only to return to Eugene. McGee played in six games — catching 11 passes for 67 yards — in 2022 before deciding to hit the portal.

McGee had offers from Nevada, UMass, and Florida A&M posted to his Twitter account after hitting the transfer portal back in October. He recently visited Miami, but didn’t get an offer. Now he’s headed to the two-time defending SWAC champions.

McGee will be joining a Jackson State program in transition as much of the coaching staff, and likely several key players, will be following Deion Sanders west. Still, McGee is a talented player with multiple years of eligibility remaining and should be a factor for JSU as it moves into its new era under T.C. Taylor.