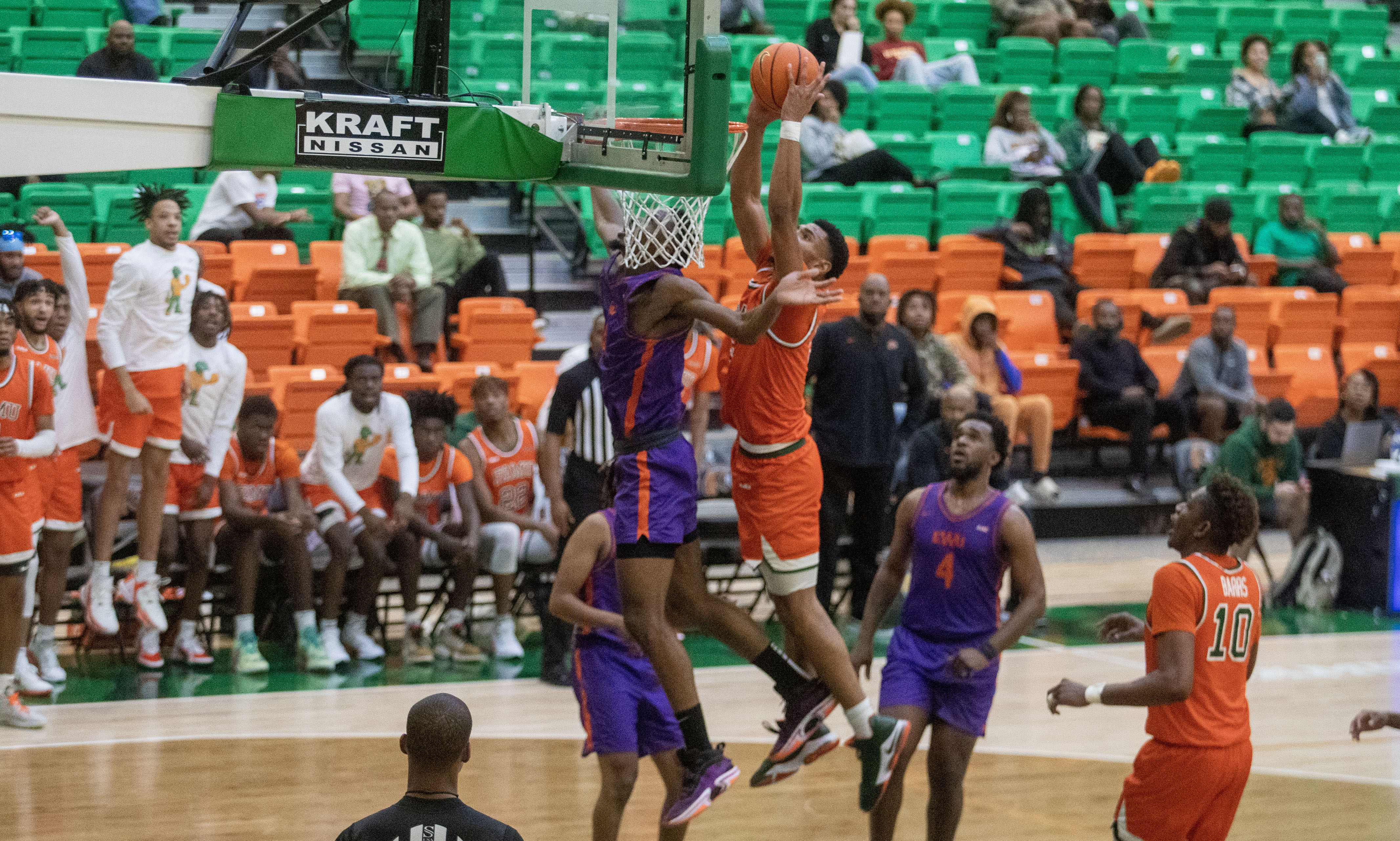 FAMU found itself down to Edward Waters early but managed to come back for a win.

The Florida A&M Rattlers battled with Edward Waters, but in the end the Rattlers would turn on the defensive pressure forcing the Tigers into 17 turnovers and prevailing 58-47 in Tallahassee at the Al Lawson Center.

Jaylen Bates, one of only a handful of returnees to the Rattler squad, led the team with 13 points.  When the game was in the balance, he ignited Florida A&M with an emphatic dunk over an EWU player that sparked energy from the rest of the squad.  In the process FAMU would outscore EWU by 15 points in the second half for the 11-point win.

Bates would also lead the Rattlers with 12 rebounds.  Jordan Tillmon would pour in 12 points for FAMU and be the only other Rattler in double-figures.

Tavares Oliver scored a game-high 17 points for EWU.  Larry Kuimi pulled won 17 rebounders to lead all players in the game.

Florida A&M led the bench points by a margin of 17-11 and fast break points at 15-9.  FAMU scored 15 points off turnovers, while EWU scored nine.

With the final home game of 2022 in the books, the Rattlers will embark on the toughest portion of their schedule as they will travel to Louisville to play the Cardinals, Lexington to play the University of Kentucky in Rupp Arena and West Lafayette, IN to face the No.1 ranked Purdue Boilermakers.  The Rattlers begin SWAC play on Jan. 2  in Tallahassee against the Wildcats of Bethune-Cookman.

139
The Latest in HBCU Sports and Culture