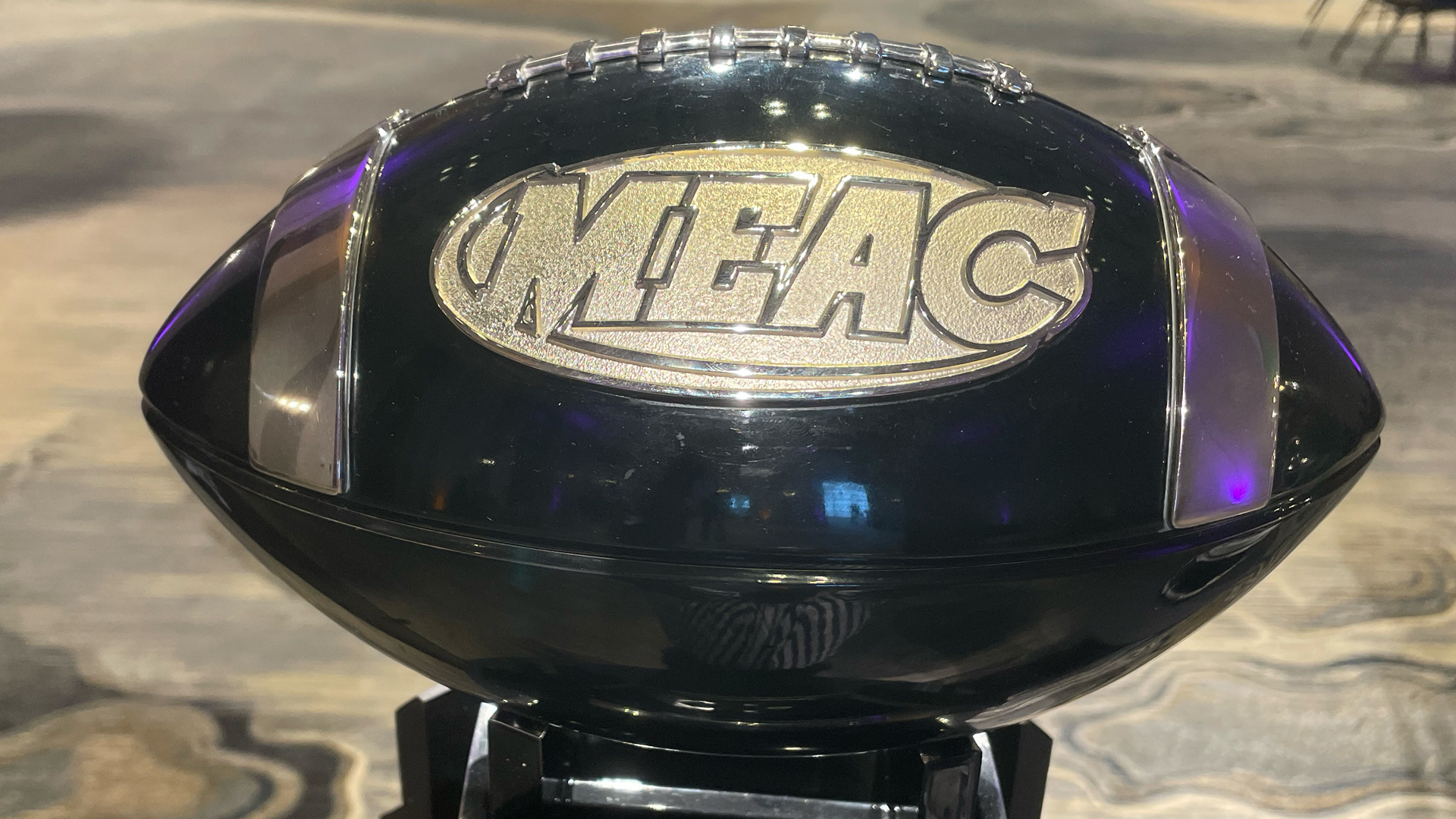 The MEAC is set to announce its 2022 Offensive and Defensive Players of the Year in Las Vegas on Tuesday.

LAS VEGAS, Nev., Dec. 5, 2022 – For the sixth year, the National Football Foundation (NFF) is partnering with the Mid-Eastern Athletic Conference (MEAC) to reveal the league’s Offensive and Defensive Players of the Year as part of the events surrounding the 64th Annual NFF Annual Awards Dinner, which will be held on Tuesday, Dec. 6, 2022 at the Bellagio Resort & Casino Las Vegas.

MEAC Commissioner Sonja Stills will make the announcement at 10:18 a.m. PST on Tuesday during the NFF Annual Awards Press Conference, which will be televised on ESPN3 via this link. She will be joined by the two recipients.

Presented annually since 1971, the MEAC football players of the year awards are voted on by the MEAC head football coaches and sports information directors. The 2021 winners were Norfolk State’s Juwan Carter and South Carolina State’s Decobie Durant were the winners.

How to Cover the Events:

ESPN3 will stream the NFF Annual Awards Dinner Presented by Las Vegas live, beginning at 7 p.m. PST via this link.

Finalists for the 2022 William V. Campbell Trophy® and Members of the NFF National Scholar-Athlete Class Presented by Fidelity Investments: