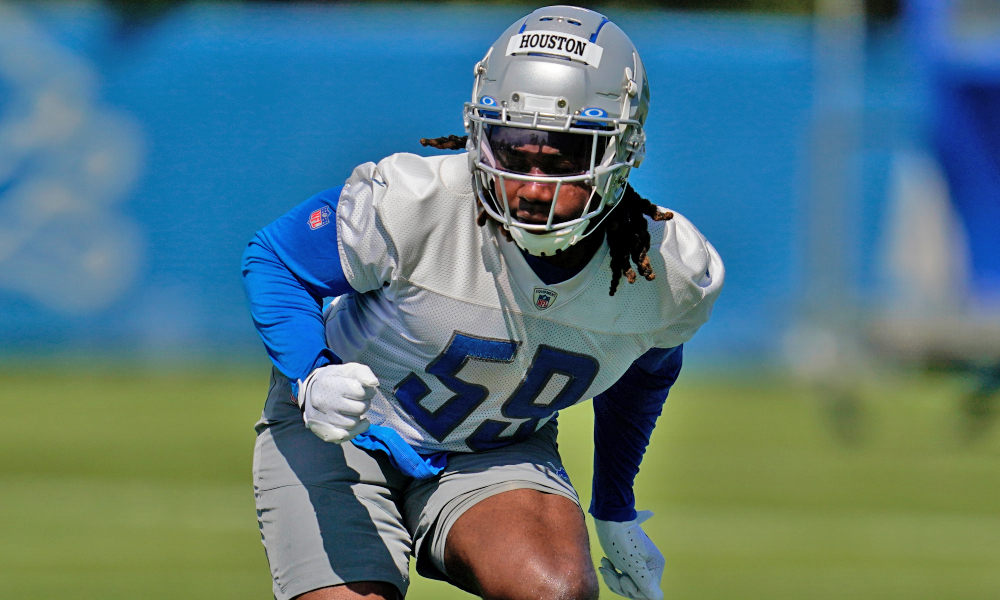 Houston made some huge plays in the game.

Detroit Lions rookie defender James Houston made his NFL debut on Thanksgiving Day against the Buffalo Bills. Houston was drafted by the Lions out of Jackson State in the 2022 NFL Draft.

Houston made a big play early in the game, recovering a fumble on a Lions punt return. He kept the pressure coming with a big sack on Josh Allen before the half. This prevented the Bills from scoring a touchdown before the half.

James finished had a big debut for the Lions, making appearances on special teams and defense. Expect to see more of the rookie as the season winds down.

The Lions are currently under .500 with the five more weeks of the season remaining. They are still working through a rebuild despite a hot start to the season. Now would be a great time to let rookies and young players like Houston get more reps in game.

Lions’ Head Coach Dan Campbell spoke highly of James Houston during his rookie training camp. He was especially pleased with Houston’s versatility and this is what can set him apart on the NFL level.

“There is a physical nature to him,” Campbell said during training camp. “This is just my initial impression. I think he has a ways to go but man I am glad that he is in this building. He has got some ability and he can bend and he can strike. He is physical and I think he has some versatility. He just has a little ways to go that is all. This is a little bit new to him and finding the perfect niche for him as well. That does not mean it will not come on fast. You can really feel him in pads.”