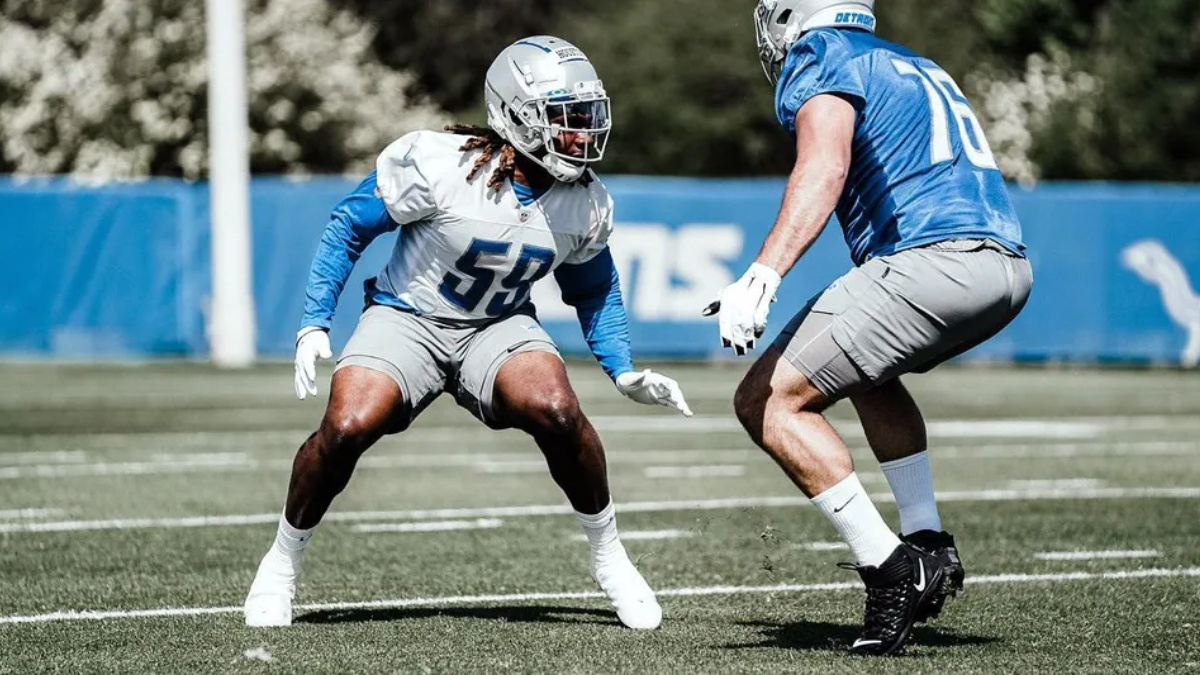 “Man I am glad that he is in this building”

Detroit Lions head coach Dan Campbell was asked about rookie linebacker James Houston’s performance at training camp. He had praise in addition to some things he can work on.

“There is a physical nature to him,” Campbell said. “This is just my initial impression. I think he has a ways to go but man I am glad that he is in this building. He has got some ability and he can bend and he can strike. He is physical and I think he has some versatility. He just has a little ways to go that is all. This is a little bit new to him and finding the perfect niche for him as well. That does not mean it will not come on fast. You can really feel him in pads.”

The Detroit Lions selected James Houston out of Jackson State with the 217th overall pick in the 2022 NFL Draft. Houston was an outside linebacker and edge rusher at Jackson State and the University of Florida. Jackson State’s Deion Sanders began to use Houston versatility’s on defense by having him play inside, outside, and as an edge rusher. Dan Campbell spoke on the way that he has been impressed with Houston’s versatility and this is what can set him apart on the NFL level.

The Lions have been flirting with having him be a predominantly down lineman. Chris Burks of The Athletic reported during OTAs last month that the Lions were predominately having him lineup that way.

“Rookie James Houston has been bouncing between the LB and DL groups in the practices we’ve seen, but today’s the first time I recall seeing him doing extensive work with his hand in the dirt,” Burke reported. “He was in the DL group for almost all of practice, and played some DE in base sets.”