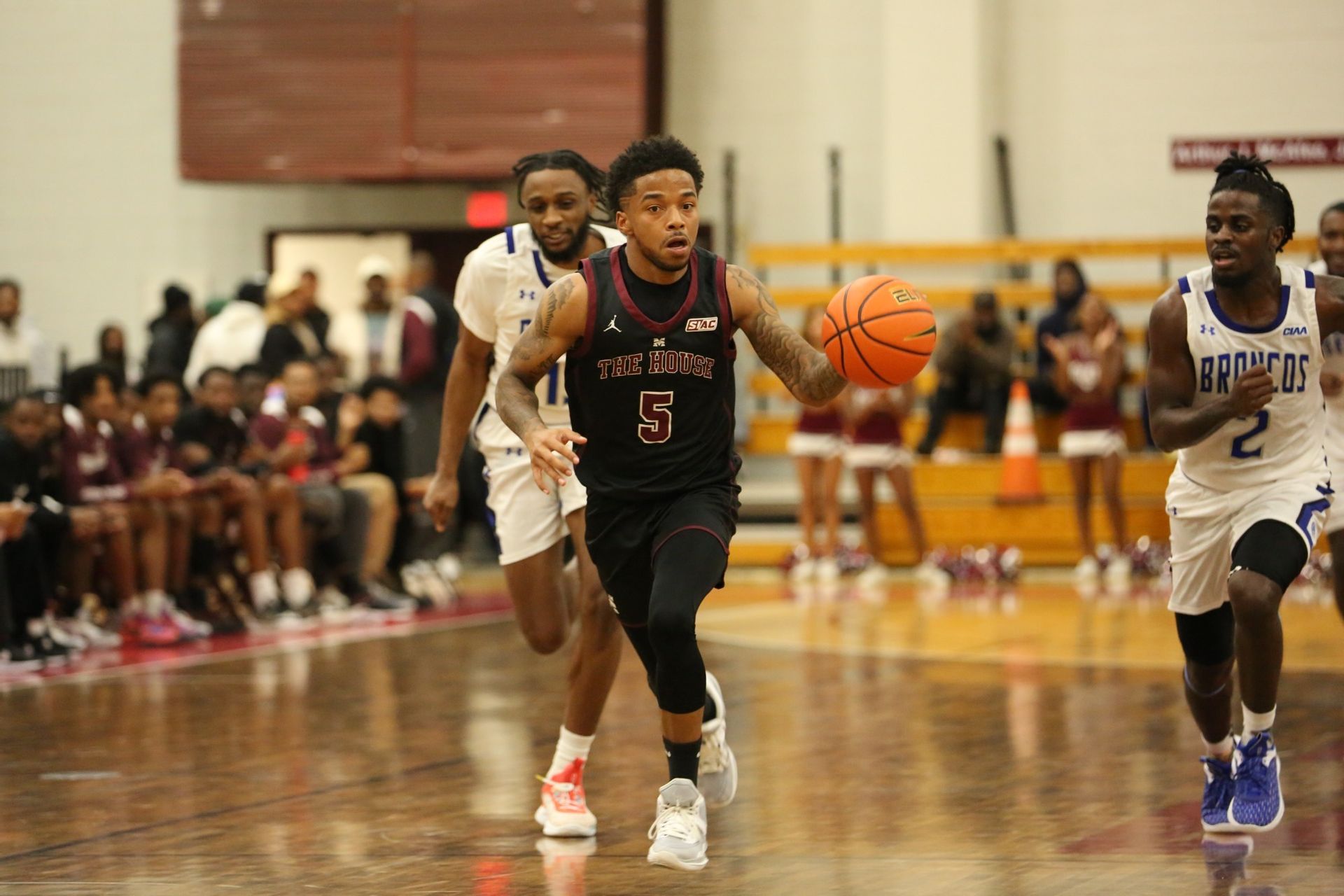 At the beginning of the first half, the Broncos had taken an early 11-0 lead, but the Maroon Tigers would quickly catch up with back to back shots from guard Andrew Stewart and a layup by Robert Dix with 7:00 remaining in the first half they would cut the lead down by one point. With only .53 seconds on the clock a three pointer by Robert Dix would give Morehouse the lead, 21-19.

Returning from the half, the Broncos would start off with only three from Kaleb Coleman giving them a one point lead. With a foul from Worthy would take Andrew Stewart to the free throw for three and giving the Maroon Tigers to take their lead back.

Fayetteville State guard Cress Worthy would finish the game with 16 points, three rebounds and one steal.

Andrew Stewart would lead all scorers in the game with 22 points, two steals and three assists.

The Maroon Tigers will be back in action on Monday, Nov 28, as they travel to Miles College. Tip-off at 7pm.