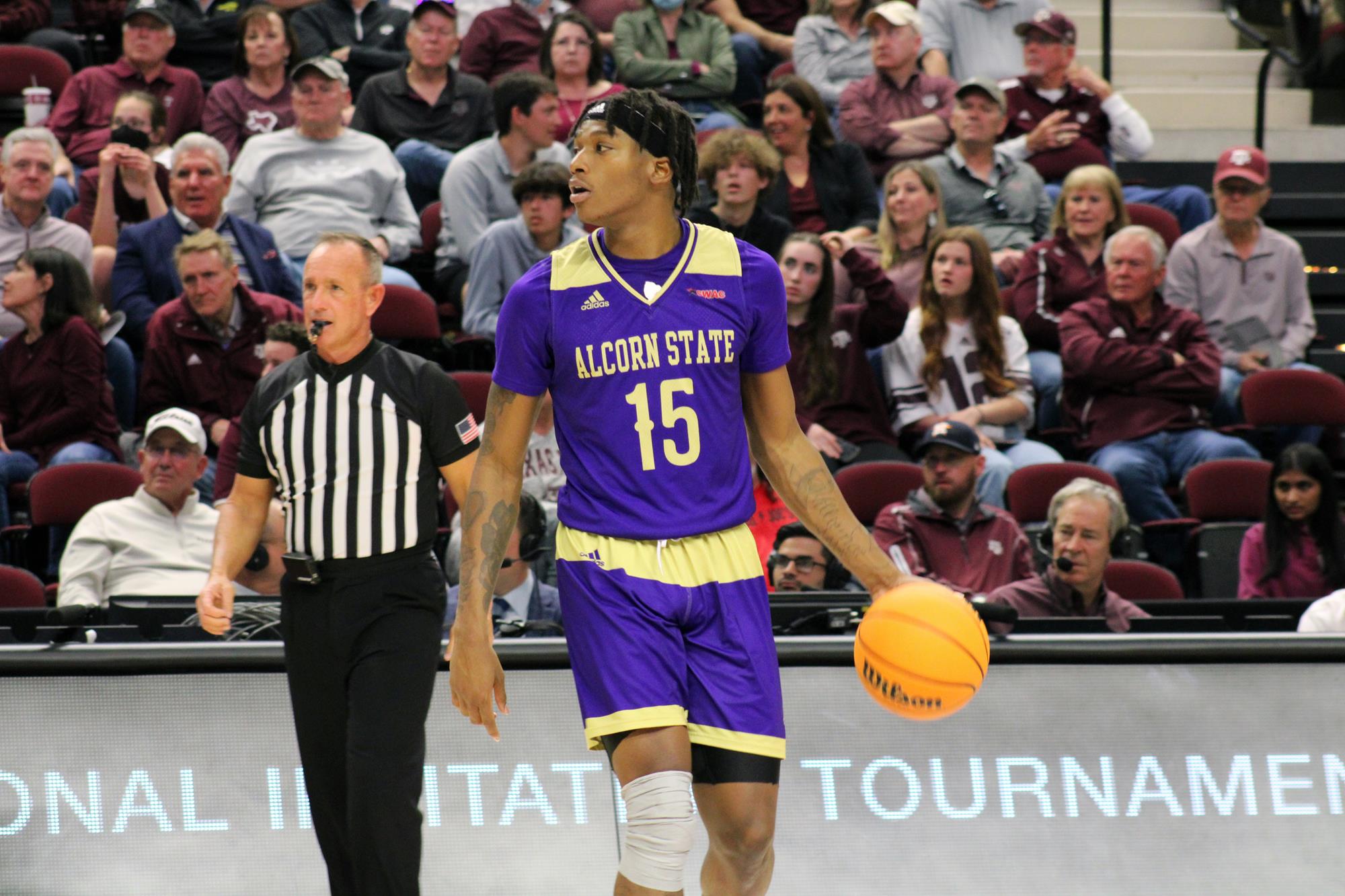 Alcorn State takes down Stephen F. Austin on the road

Just days after knocking off Wichita State, Alcorn State picked up a win on the road against Stephen F. Austin.

NACOGDOCHES, Texas – Delivering their second road upset in just four days, the Alcorn State Braves (2-1) came away from The Sawmill and William R. Johnson Coliseum with the victory after doling out Stephen F. Austin’s (2-1) first loss of the year. Gaining the lead in the final seven minutes of the first half, the Braves maintained their advantage for 27:26 seconds to start the year 2-1 for the first time since the 2013-14 season, carrying a winning record into a three-game Thanksgiving tournament at UTEP next week.

Contrary to the end result, the Braves offense stumbled early, missing its first four shots. However, Jeremiah Kendall stepped in to spark Alcorn in the early defensive dogfight, scoring two consecutive field goals and adding a free throw to keep Stephen F. Austin within reach. The Braves controlled the tempo early and forced a sharpshooting Lumberjacks team out of rhythm.

With 10:16 on the first half clock, the Braves finally got their first breakthrough, when Trevin Wade saw the alley-oop opportunity from the top of the key, and found Dontrell McQarter for a commanding dunk to go ahead, 11-10. The Lumberjacks clawed back ahead, but Alcorn’s lopsided advantage on the offensive glass began to take its toll. After hitting a free throw to trim the lead to a single point, Dominic Brewton sliced down the lane for a layup and the 16-15 lead with 7:05 in the half – the final turning point for the Braves.

Brewton hit another free throw and Wade drilled a three to briefly push Alcorn up by four. However, the Lumberjacks weren’t ready to back down, as a Kyle Hayman three trimmed the lead again at 3:46. McQuarter hit the offensive glass just over a minute later for a key putback, and then found Brewton in the right corner, who drained a pull-up three.

The Braves fought off multiple late Lumberjack advances to carry a 28-24 advantage into the locker room.

Alcorn State turned up the defense after the break and Kendall quickly got back in the offensive action, while nearly fully containing SFA’s leading scorer, Nana Antwi-Boasiako. Kendall scored the first three points out of the break, and the Braves’ lead see-sawed around four until the 12:51 mark, when Derrick Tezeno’s pull-up jumper over tough Alcorn defense gave SFA a single-possession opportunity.

A putback off the glass from former Stephen F. Austin guard Oddyst Walker pushed things back to four, and McQuarter converted a pull-up jumper for a three-point play and a five-point lead. Walker’s next strike set the Braves to make their move, hitting from the corner to go up seven with 10:16 to go.

Back-to-back scoring possessions for Kendall and Dekedran Thorn provided the first double-digit Alcorn lead at 53-43 and Byron Joshua jumped in to thrice keep the lead at 11 as time slipped down around five minutes. However, it was Brewton’s turnaround mid-ranger with one second on the shot clock that proved to be the dagger for a game-high 13-point advantage with 1:22 to go. The Lumberjacks chipped at the deficit, but the final buzzer sent the game final in a 69-60 Alcorn win.

After taking heavy advantage of the turnover margin in the first, with Alcorn scoring 11 off lost SFA possessions, things evened out in the second half with both teams giving over 20 turnovers. Work on the glass was a core stat for the Braves’s opportunities, outrebounding Stephen F. Austin 40-31.

Scoring 12 in the first half, Brewton topped all scorers with 14 points on 50 percent shooting, grabbing seven rebounds. Kendall topped Alcorn on the glass with eight rebounds, also scoring 11 points. Chalk another 11 points up for McQuarter, who went 5-for-7 and also snagged four rebounds and three steals. Thorn rounded out four players in double-figures with 10 points, including a pair of threes.

The Braves now return to campus in preparation for next week’s heavy schedule at UTEP’s Jim Forbes Classic Presented by Speaking Rock in the Don Haskins Center. Alcorn will face UTEP (Nov. 22), Texas A&M – Corpus Christi (Nov. 23) and CSU Bakersfield (Nov. 25) in their return trip to the Lone Star State.

Alcorn State takes down Stephen F. Austin on the road