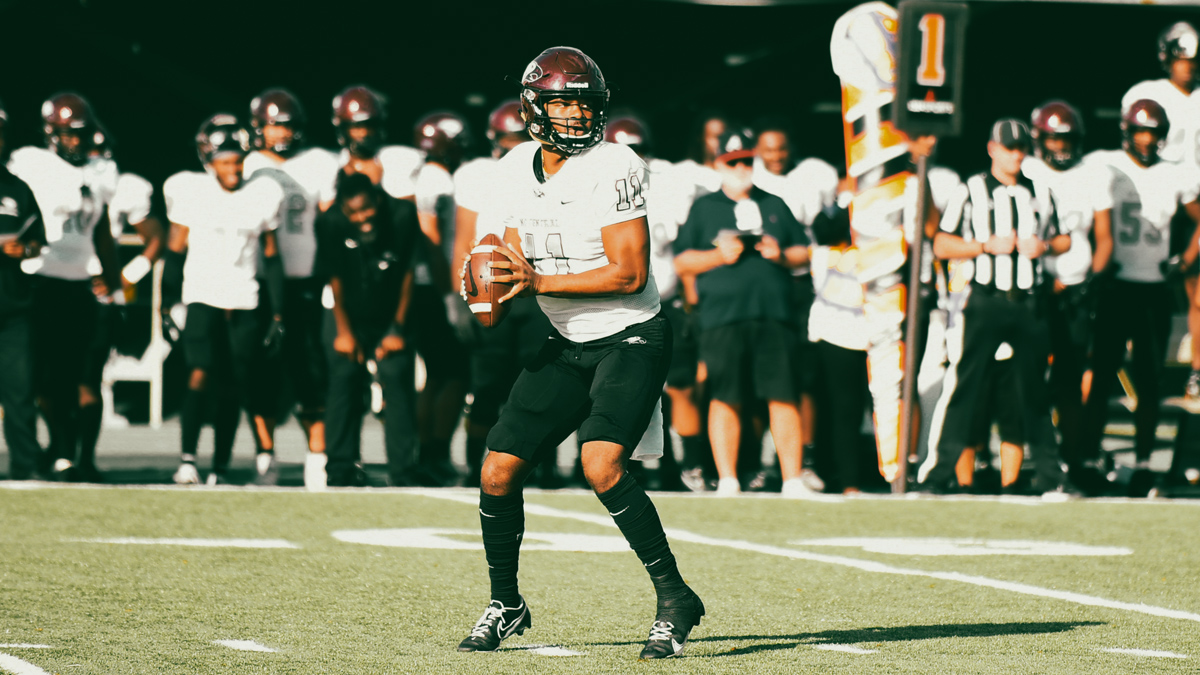 NC Central is headed back to the Celebration Bowl after a blowout against Norfolk State.

For the first time in six year, North Carolina Central is the MEAC champion and headed to the Celebration Bowl.

NCCU shrugged off a slow start to run away from Norfolk State on the road, winning 48-14 and clinching the MEAC’s berth in the Celebration Bowl.

Davius Richard  threw four touchdown passes, including three in the second quarter, to help NCCU overcome a seven-point deficit it found itself in after one quarter.

Richard, who has all but gift-wrapped his MEAC Offensive Player of The Year Trophy, completed 22 of 31 pass attempts for 347 yards and four scores. He also ran for another as NCCU picked up more than 500 yards of total offense.

Running back Latrell Collier got the scoring started for North Carolina Central with a short touchdown run midway through the second quarter. He finished with 96 yards on 18 carries. Backup running back J’Mari Taylor scored twice, first on a 24-yard catch from Richards in the second quarter and then again on a 45-yard run with 9:03 remaining in the fourth quarter as the game was finally sealed up.

NCCU’s win improves its record to 4-1 in the MEAC. Howard is 3-1 after its win over South Carolina State on Saturday, but NCCU holds the tie-breaker by virtue of last week’s head-to-head win. That means that even if Howard beats Morgan State, the best it can do is tie NCCU and even that won’t be enough to get it into the Celebration Bowl.

NC Central will be making its second trip to the game between the MEAC and SWAC Champions. It appeared in the second Celebration Bowl in 2016, losing 10-9 against Grambling State. To this point that is the SWAC’s only win over the MEAC.