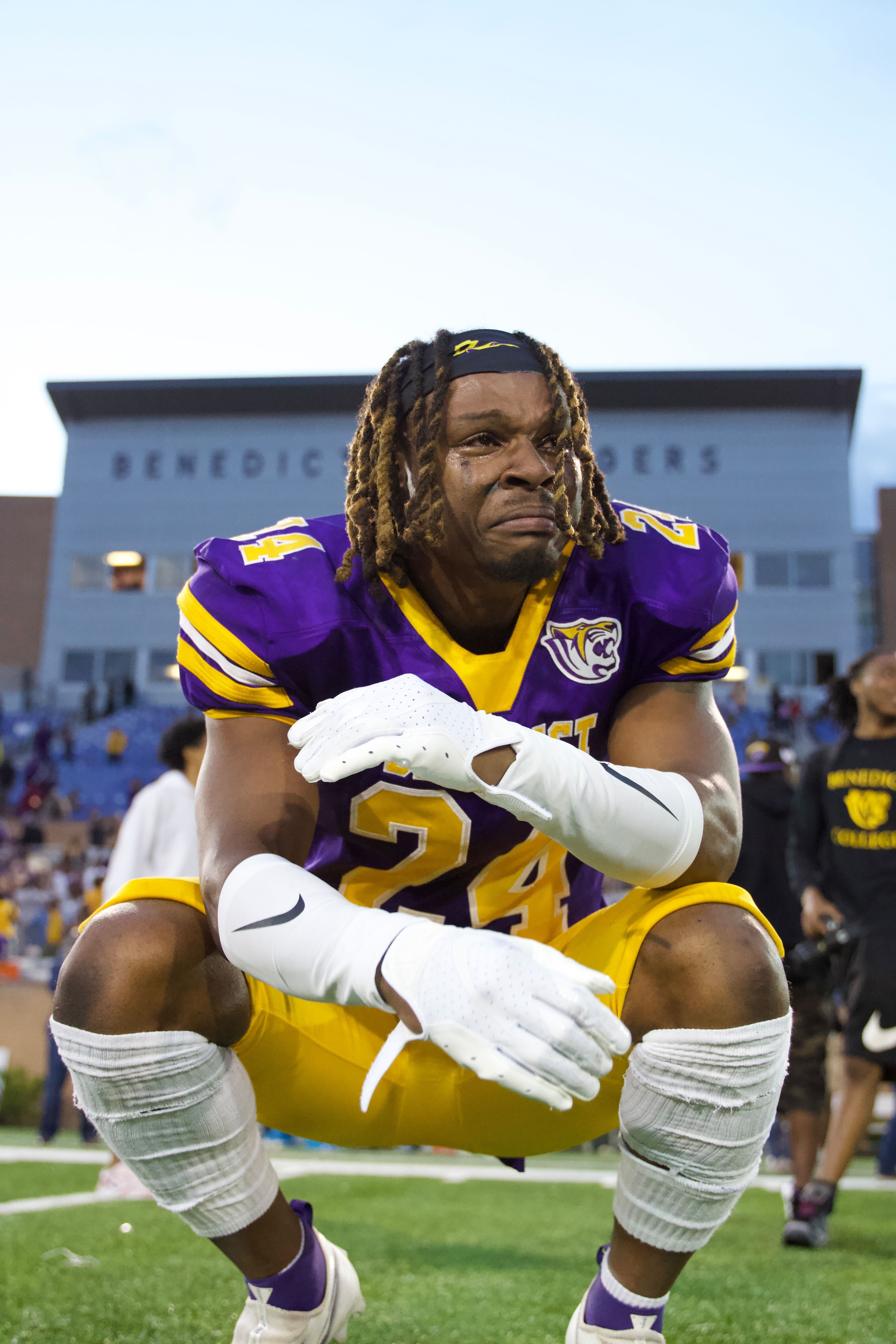 The Benedict Tigers did not lose a single game this season.

The Benedict College Tigers won their first SIAC football championship after taking down the Tuskegee Golden Tigers 58-21 on Saturday at Charlie W. Johnson Stadium. Benedict College did not lose a single game this year.

The Tigers dominated the season defensively only giving up an average of 12 points over their 11 games. This included two shutouts against Lane College and Morehouse College. The Tuskegee Golden Tigers felt the wrath of Benedicts defense today. The Tigers had six sacks , five pass break ups, and nine tackles for losses. Junior defensive end Loobert Denelus led the team with three sacks and four tackles for losses.

Benedict College had no problem getting its offense going today. The team averaged 38 points over 11 games this year. The Tigers jumped out to an early 14-0 lead in the first half. Quarterback Eric Phoenix scored the first touchdown of the game on a two yard run late in the first quarter. That score was later followed by a blocked punt that was returned for a touchdown by Benedict College.

The Tigers had full control of the game by halftime when they went up 42-14 headed into the locker room with two quarters to go.

Phoenix led the game in passing with 313 yards and a 65% completion rate. He also threw 2 touchdown passes. He also led the team rushing with 91 yards on the the ground and a rushing touchdown. Zaire Scotland led the Tigers in receiving yards with 55 on three catches.

Chennis Berry was hired as the head coach for the Tigers in 2020. He has quickly turned the program around and checked off all of his goals that included winning a championship. Coach Berry explained that he wanted to complete the “A,B,C,D’s” while he was leading the football program at Benedict.

“A’s and B’s in the classroom, that’s non-negotiable,” Berry said. “We want guys who love being students. C’s is championships. We have an opportunity to compete for Benedict’s first-ever championship in football. And degrees. The game of football will end one day. We have to teach these young men that you’ve got to ready for this game we call life. These four years will set them up for the next 40 years.”