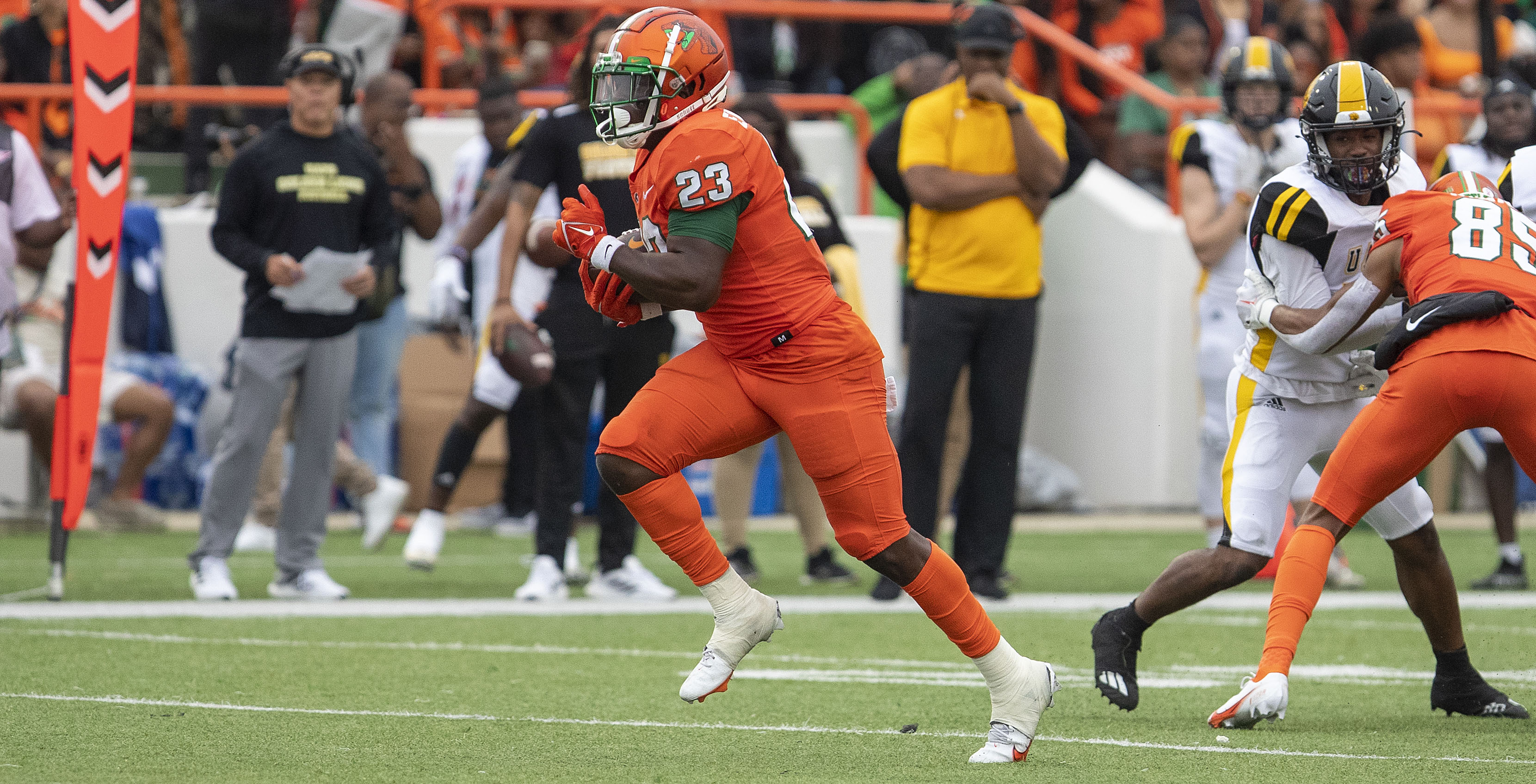 Florida A&M is hoping to make a case for FCS playoffs again.

Florida A&M has just one loss to the University of North Carolina of the FBS and one loss to Jackson State, the SWAC’s leader in FCS.  The Rattlers have reeled off six wins in a row, including one to a Division II power (Albany State) and one MEAC school (South Carolina State).  The Rattlers now sit in second place of the eastern division with a 4-1 record.

The next three weeks will define the Rattlers’ season without a doubt.  Starting things off on Nov. 5 in Tallahassee, Fla. in Bragg Stadium, FAMU will host the Southern University Jaguars.  Coming off a disappointing 35-0 shutout loss against the Jackson State Tigers, the Jaguars are reeling from last season’s loss to the Rattlers in Baton Rouge that went down to the wire.  FAMU was able to punch in a goal line touchdown with about six opportunities due to SU penalties.  No doubt the Jaguars still have a sour taste in their mouths after from losses down the wire to the Rattlers in 2019 in Tallahassee and last year’s home loss.

The following week, the Rattlers will have to travel to Montgomery, AL to face the Hornets of Alabama State.  Coming off of a game-saving defensive stand against the Alabama A&M Bulldogs, ASU took home the Magic City Classic title.  After being down 14-3 to AAMU at the half, the Hornets would score 21 points in the second half and give up just a field goal to take the win.   Typical of the close race in the eastern division of the SWAC, the Hornets will face the B-CU Wildcats in Daytona next week.

The following week, the Rattlers will face the Wildcats in the Florida Blue Florida Classic.  While Bethune-Cookman is only 2-6 overall, coming off a shootout against the Prairie View Panthers where they lost 58-48, the Wildcats are a dangerous opponent for any team they face.  Armed with former JSU quarterback Jalen Jones, B-CU is a feisty team.  The defense is one of the hardest hitting teams in the SWAC.  With all that being said, if one thing is for sure about Florida A&M vs B-CU is that records don’t matter.  That game will be a dogfight because it is one of the fiercest rivalries in all of college football.

At this point, with Jackson State rolling through the conference as they have for the entire season and facing Texas Southern (4-4), Alabama A&M (3-5) and Alcorn State (3-5), they will be facing possibly the easiest remaining schedule in the SWAC facing teams with a combined 10-14 record in 2022.  With that said, the Tigers’ path to the SWAC Championship and Celebration Bowl is pretty much at their own disposal.

With that scenario virtually carved in stone, FAMU must again look to making a case to the NCAA for a chance at the FCS Playoffs, and it’s likely a tougher one this year.

Last season’s trip to Southeastern Louisiana was paved with a one-point loss to conference champion Jackson State.  This season will call for something special down the wire as the 59-3 loss to JSU to start the season will not look as positive.

In short, the Rattlers will need to put up some impressive offensive numbers to impress the voters.  A major part of the at-large bids to the NCAA FCS Playoffs is evaluating how well teams are playing down the stretch.  The Rattlers have won this season, but arguably they are blue collar wins as none of the FCS teams they have beaten have winning records. That won’t impress voters.

Florida A&M needs to not only win three games in a row, they need to be making a statement in the process. And it will still probably need some luck.